Samsung’s Galaxy Fold smartphone hasn’t even been released yet and there’s already information coming out about another unorthodox smartphone offering from the South Korean tech giant.

In a newly published patent from the Korean Intellectual Property Office, Samsung has proposed a phone with an extendable display that pulls out from one side.

In practice, the screen would extend on the right-hand side to give users a tablet-sized viewing experience, while retracting the display will result in a typical smartphone-sized screen. Overall, this would increase the display by nearly 50 percent.

Dutch tech news site LetsGoDigital produced the following render of the phone based on the patent description: 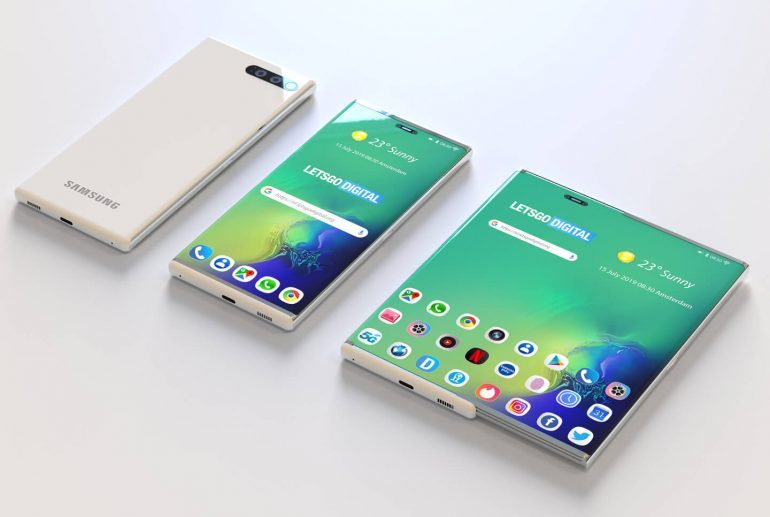 It’s important to note that companies regularly file patents for tech that doesn’t end up seeing the light of day. Therefore, it remains to seen whether Samsung will indeed develop a phone based on this design.

Meanwhile, it’s currently unclear when the Galaxy Fold will actually come to Canada. The foldable phone was originally slated to debut in the U.S. in April but was eventually pushed back indefinitely. While reports indicated it may debut in July, Samsung Electronics CEO DJ Koh said official release timing will be revealed “in due course.”

Big surprise: ‘Escobar Fold 2’ phone is just a Galaxy Fold with a gold sticker on it