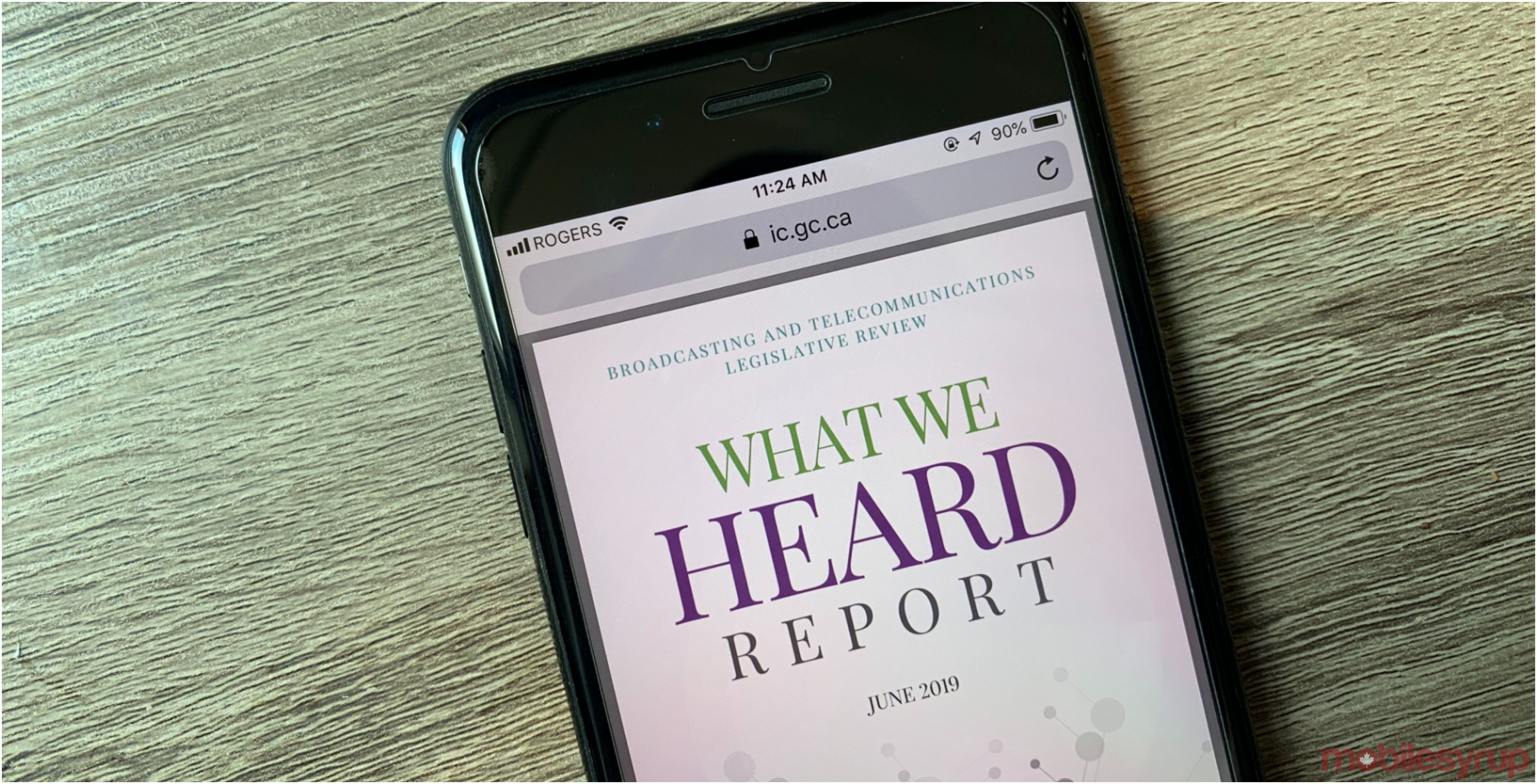 The Broadcasting and Telecommunications Legislative Review Panel released its ‘What We Heard’ interim report outlining the 2,085 submissions sent to it over the course of this year.

The panel has said the submissions will be taken into consideration and will lead to the final report that will be presented to the government in January 2020.

The report outlines that there are several differing views regarding many topics, including how to provide affordable access to high-quality networks to Canadians.

It touches on the fact that the majority of the submissions insisted on a binding measure that would ensure funding remains available for Canadian content.

Of the 2,085 submissions, MobileSyrup previously reported that Rogers called for the expansion of the new tax credit for media organizations to broadcasters and suggested that Netflix should help pay for it.

In Bell’s submission, the company called for the regulated of U.S. providers such as Netflix. It also called for the criminalization of those who are slightly associated with unauthorized online video streaming.

Netflix has said that it is involved in producing Canadian content even if the company isn’t physically located in Canada.

The review panel filed its interim report months after the submissions were filed, and is expected to produce its final report next year.

Pablo Rodriguez, the Minister of Canadian Heritage, tweeted that the government is ready to legislate based on the review panels upcoming recommendations.

Thanks to @JanetYale1 & panel for their work. We will be ready to legislate once we receive their recommendations.

Everyone has to contribute to our culture. That’s why we’ll require web giants to create Canadian content + promote it on their platforms.https://t.co/IAzACY4RFV

However, University of Ottawa professor Michael Geist outlined that the minister’s tweet allegedly shows that the government has already come to a decision in terms of what it will do.

If the government has already decided what it will do, the point of the BTLR review panel is… https://t.co/c3XXaEKCrI