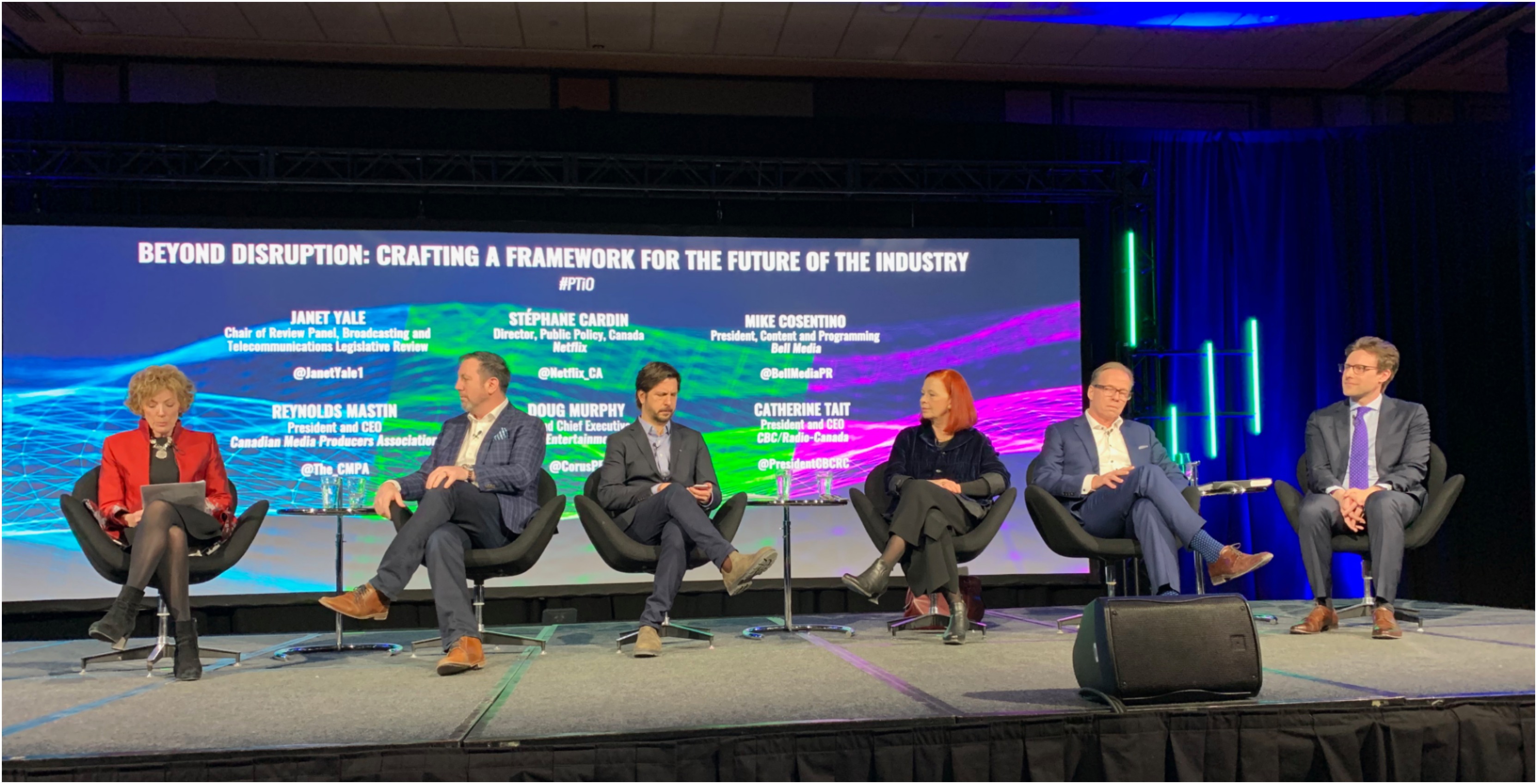 CBC president Catherine Tait pointed a finger at Netflix at a recent conference panel in Ottawa, saying the U.S.-based streaming giant doesn’t have “boots on the ground” like other Canadian broadcasters providing Canadian content.

During a panel session about a framework for the future of the Canadian media industry at the 2019 Prime Time media conference in Ottawa, Tait said that, despite the work that Netflix does to provide content, the over-the-top streaming (OTT) service doesn’t think about the same questions that Canadian broadcasters consider when creating content.

“We get up every morning and we think about how do we serve Canadians? How do we tell their stories? How do we report the news?” said Tait, at the January 31st, 2019 panel.

“This is our unique position and no one else from outside Canada will have [that position]. That instinct, no one is going to make [Bell’s] Letterkenny because no one is going to find it as we will. We recognize ourselves in the material.”

“We get up every morning and we think about how do we serve Canadians? How do we tell their stories? How do we report the news?” — Catherine Tait, CBC

“That’s not to say Netflix doesn’t have a role to play, but this is our unique responsibility,” Tait said to an audience of approximately 500 attendees.

Cardin, a former vice president of public and industry relations for the Canada Media Fund (CMF) who joined Netflix in August 2018, said he disagreed with Tait’s comments about Netflix.

He argued that the streaming giant is still involved in producing Canadian content even if the company isn’t physically located in Canada.

“To us, the fact that we have commissioned our first French-language original film by a filmmaker in Montreal [should be considered as Canadian content],” Cardin said.

“But the mere fact that we financed it makes it so that it doesn’t count.”

Referencing the Trailer Park Boys franchise picked up by Netflix in its eighth season, Cardin asked whether the franchise still counts as Canadian content now that it’s available on the streaming giant’s platform.

“But the mere fact that we financed it makes it so that it doesn’t count.” — Stéphane Cardin, Netflix

“Does that make it such that Trailer Park Boys is no longer Canadian?” asked Cardin.

Cardin added that “No one has the monopoly or the authority to tell a true Canadian story.”

In response, Tait noted that Netflix isn’t like the other broadcasters in Canada.

“You just told me you have no offices in Canada, but we are in 60 communities. How will you cover all of those creators that many of them are in this room?” Tait asked.

“We are uniquely focused on this marketplace discovering talent, nurturing that talent. That’s a very different boots on the ground perspective.”

It’s important to note that Netflix used its BTLR submission to argue that more regulation isn’t the solution to CanCon woes, according to CBC News.

Netflix’s submission also argued that the company shouldn’t be forced to pay into funds that are designed to support Canadian content and content creators.

Cardin also used the Prime Time panel to reiterate that his company was on track to delivering it’s $500 million commitment to fund original content in Canada over the next five years.

“We are uniquely focused on this marketplace discovering talent, nurturing that talent. That’s a very different boots on the ground perspective.” — Catherine Tait, CBC

“We have said that we are on track to significantly exceed our $500 million dollar commitment over five years and that will be significantly more,” Cardin said.

“For us, I guess it’s to say that in our view, there is no market failure in terms of how online services are engaging in production in this country. We have a service.”

He noted that foreign sources finance 22 percent of English language fiction content in Canada and added that those investments “are happening organically.”

In July 2018, government documents obtained by University of Ottawa law professor Michael Geist showed that Netflix was paying more for scripted Canadian programming than Bell Media, one of the largest media subsidiaries in the country.

That being said, an ‘information note’ written by Deputy Minister of Canadian Heritage Graham Flack explained:

“While Netflix [redacted] than Bell Media on scripted programming ($127.8 million CAD in 2016), it should be noted that Bell Media plays an important role in producing other vital Canadian content like news and local/regional programming ($249 million in 2016), documentary ($38.8 million) and sports ($300.6 million).”

At the time Bell Media told MobileSyrup that the company planned on spending nearly $900 million on French and English programming in 2018 and 2019.

Echoing previously made comments, the Canadian Media Producers Association used its BTLR panel submission to argue that the Canadian Radio-television and Telecommunications Commission (CRTC) should have the power to regulate OTT streaming services.

The CMPA has also argued that foreign online services should be required to contribute to the CMF, a public-private partnership between the Department of Canadian Heritage and Canadian cable industry players.

The BTLR panel, led by Janet Yale, closed its call for comments on January 11th, 2019.

The panel is expected to publish its report on June 30th, 2019, and will release all written submissions at the same time.