The iPad is no longer riding on the iPhone's coattails 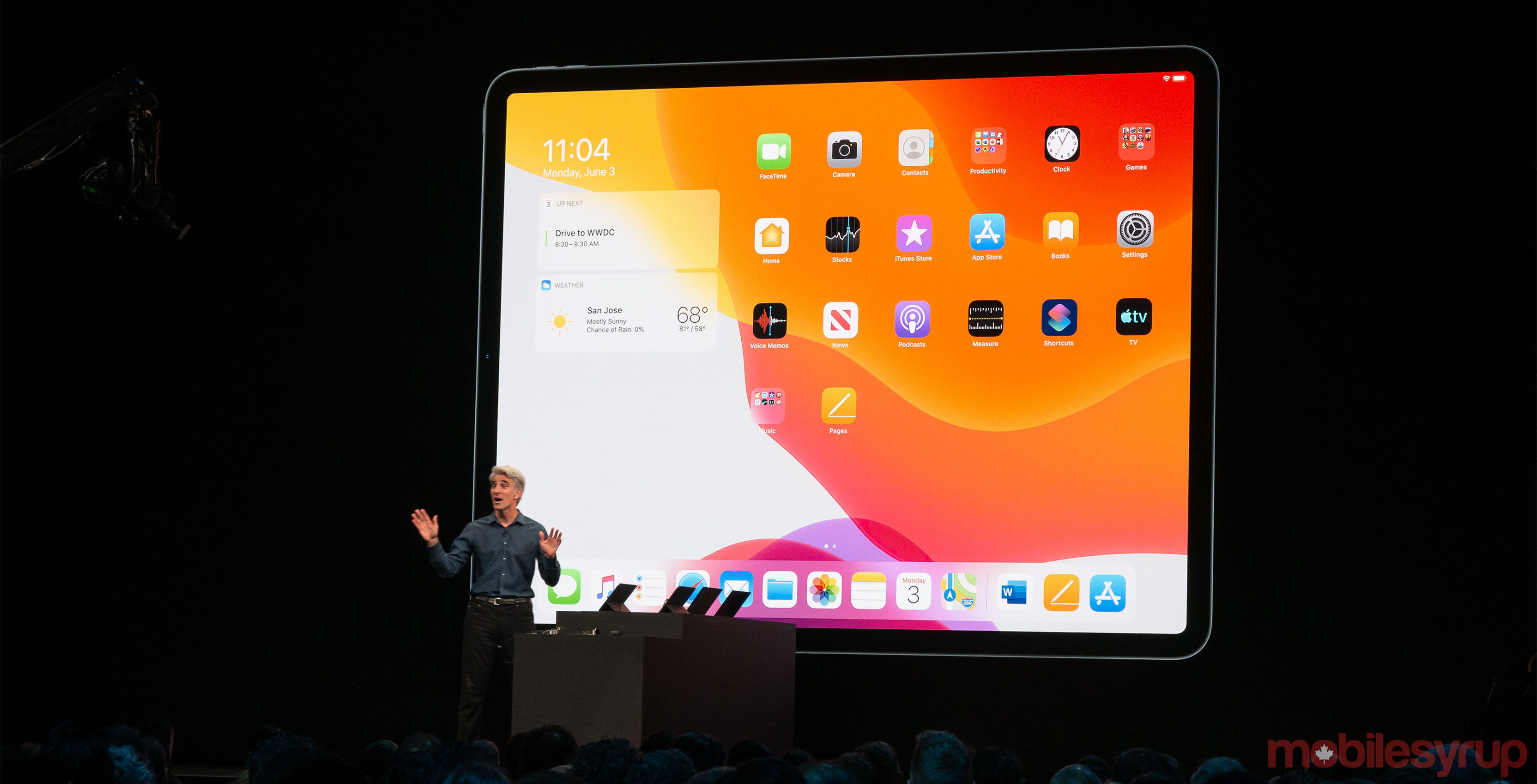 Previously Apple added iPad specific features to iOS but now it’s broken out the tablet’s OS into its own operating system.

The new operating system brings several new and exciting features, on top of all of the new iOS 13 improvements, including a drag and drop keyboard, widgets and more.

Right away, the home screen features a tighter grid of apps and let you pin widgets to the display. You can hide the widgets by swiping in and out from the left side of the screen.

When you have apps open in ‘Slide over’ Apple has added multitasking for just the apps in Slide over so it’s easier to run two apps at once. 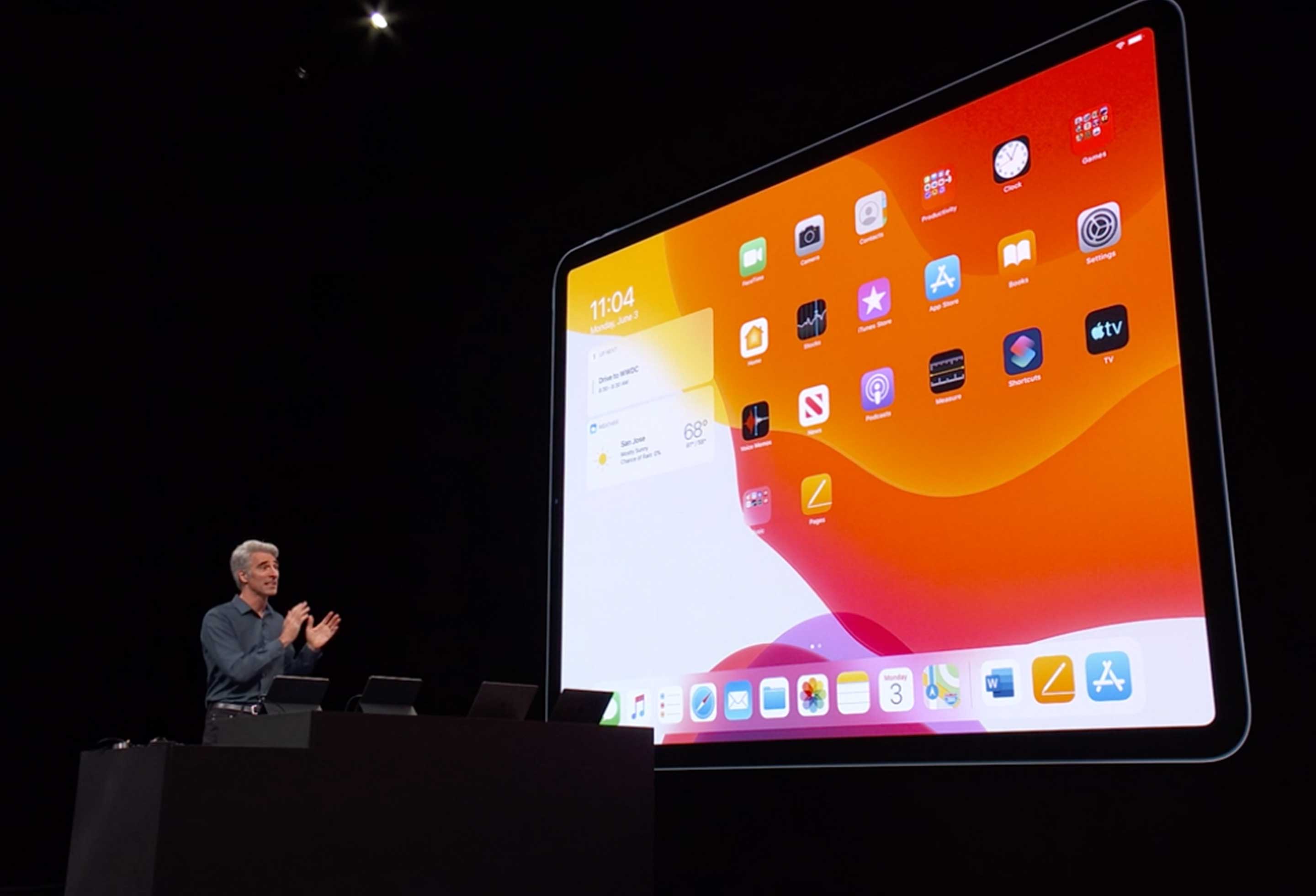 Another cool improvement lets users open two apps at once. That means that you could have two Microsoft Word documents open at the same time if you wanted to copy information from one to another very quickly.

These changes have been a long time coming, and they help inch the iPad towards being a more capable laptop replacement since they make multitasking easier with Apple’s tablet.

The Files app is also getting a few considerable improvements like letting users plug in thumb drives, SD Cards and more. Further, the app now features column view and file previews, making it more like Finder on a Mac. iPadOS adds local storage, zip and unzip and new keyboard shortcuts. 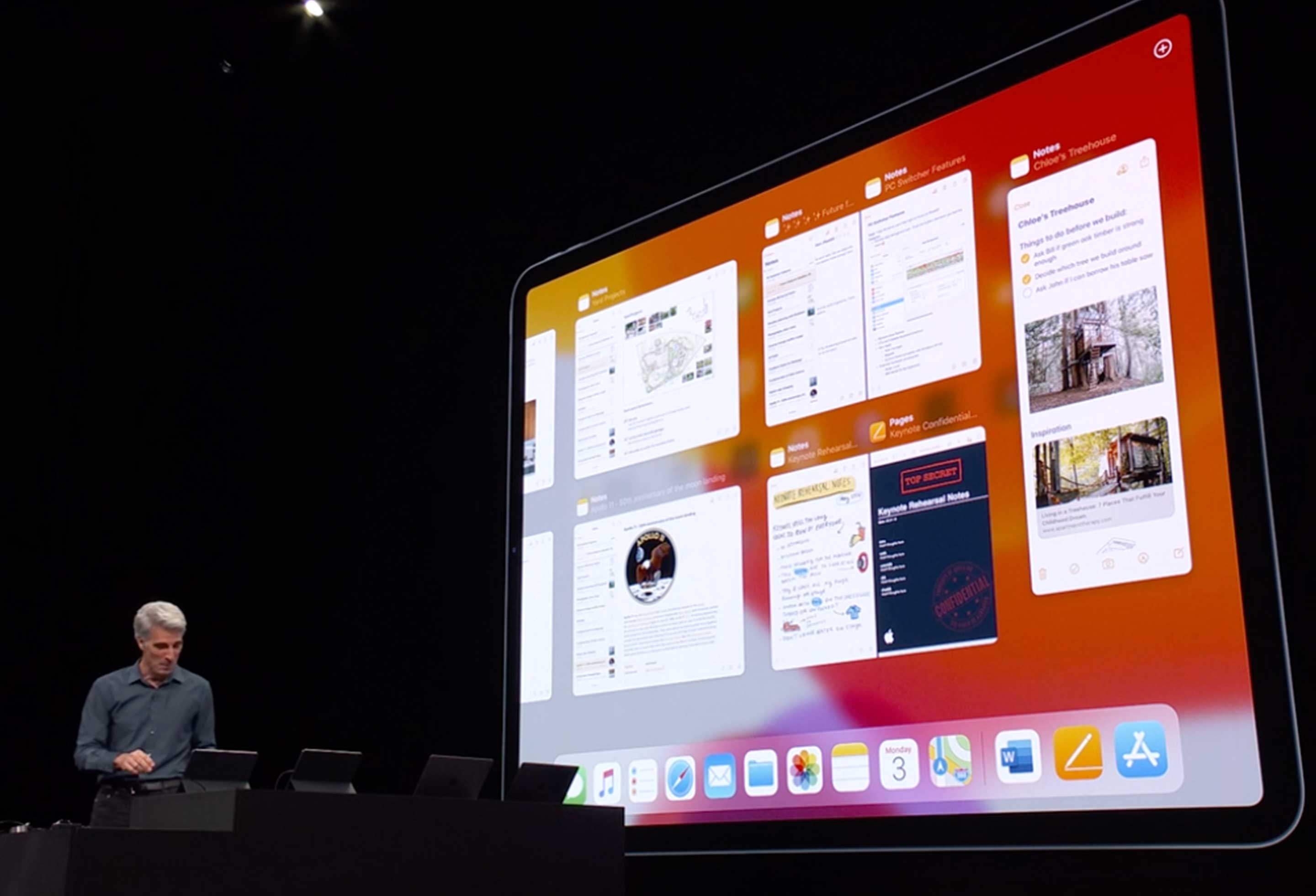 Safari on iPad is now a desktop-class experience, with a download manager, 30 new keyboard shortcuts and it will no longer load websites in their mobile version.

Dragging around the text cursor is now a lot easier, and the magnifying glass no longer appears on the screen. On top of this, you can bring three fingers together above text to copy it and then spread those three fingers apart somewhere else to paste.

Swiping to the left with three fingers is the new undo motion on iPadOS.

Not everyone uses their fingers on the iPad, so Apple has improved the Apple Pencil too with iPadOS. While the iPad previously featured 20-millisecond latency, Apple’s dropped that number to 9-milliseconds now.

That’s not the only improvement that’s come to the Apple Pencil. Users can now swipe in with the stylus from the corner of the screen and mark up an entire page at once.

During a live demonstration of the new OS, Apple showed off a way to shrink the keyboard down so its size is similar to the iPhone’s. When shrunk you can even drag it around the screen and use it whereever is the most convenient for you.

Dark Mode, the new Photos app, sign-in with Apple and performance improvements from iOS 13 are also coming over to iPadOS.

Apple didn’t announce what specific iPads will be getting the new update.