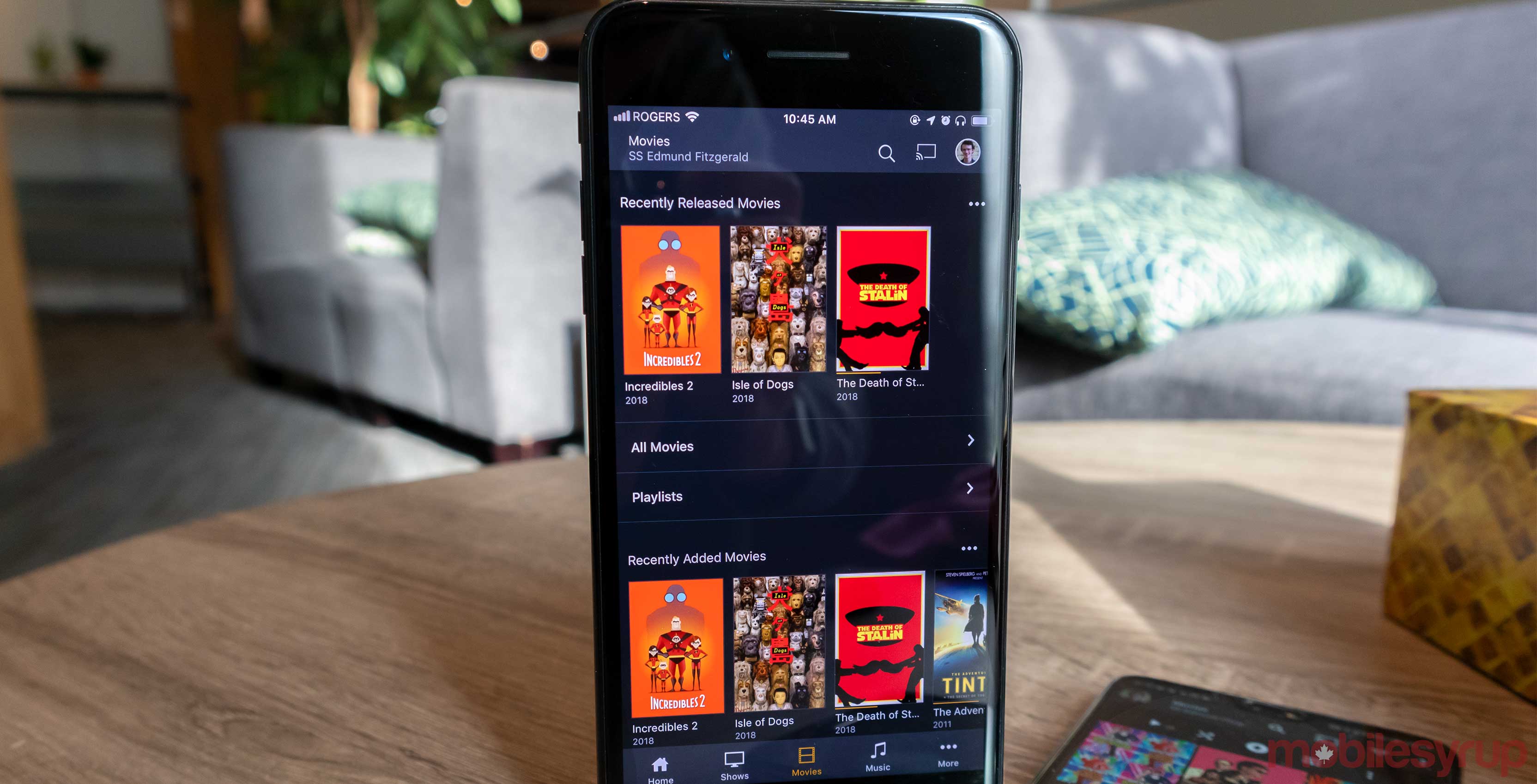 Plex began as an offshoot of Kodi, back when it was called the ‘Xbox Media Centre,’ that allowed users to upload movies, music, TV shows and pictures to its platform. Once content was uploaded to Plex’s platform, users were able to sign in and stream their media over the web.

Since that time, Plex has worked on expanding its platform to make it more of an all-in-one media consumption service.

In 2018, for example, the company added support for web videos like those found on YouTube, as well as support for podcasts, live-TV and Tidal.

To add in these new services Plex has had to expand its platform to show things like ads and the ability to offer transactions on the platform.

Now that these two technologies are in place, Plex co-founder and chief product officer Scott Olechowski told TechCrunch that his company is looking at entering the ad-supported movie and television game.

This feature would mean that Plex would offer a service similar to Roku’s ad-supported Roku Channel or the CBC Gem app.

Olechowski didn’t specify whether users who pay for a Plex Pass subscription will have to watch ads or if they’ll be exempt since they already pay a fee.

Since Plex sorts content by media type and not media source, users would be able to see all of their own movies alongside Plex’s ad-supported movies in one place — like how Plex users can add music from Tidal to playlists full of music from other sources.

Plex doesn’t plan on launching this service any time soon, since it wants to nail down its DRM, according to TechCrunch. However, the Olechowski mentioned that it might roll out during 2019.

Overall, this could be a good move for Plex, but in my experience, Plex’s new software is typically buggy when it first launches. The Roku Channel platform has also had issues getting high-quality content that can draw people into using the service.

If this works, however, it could be the first step in building Plex into a streaming service that could compete with Crave or Netflix.