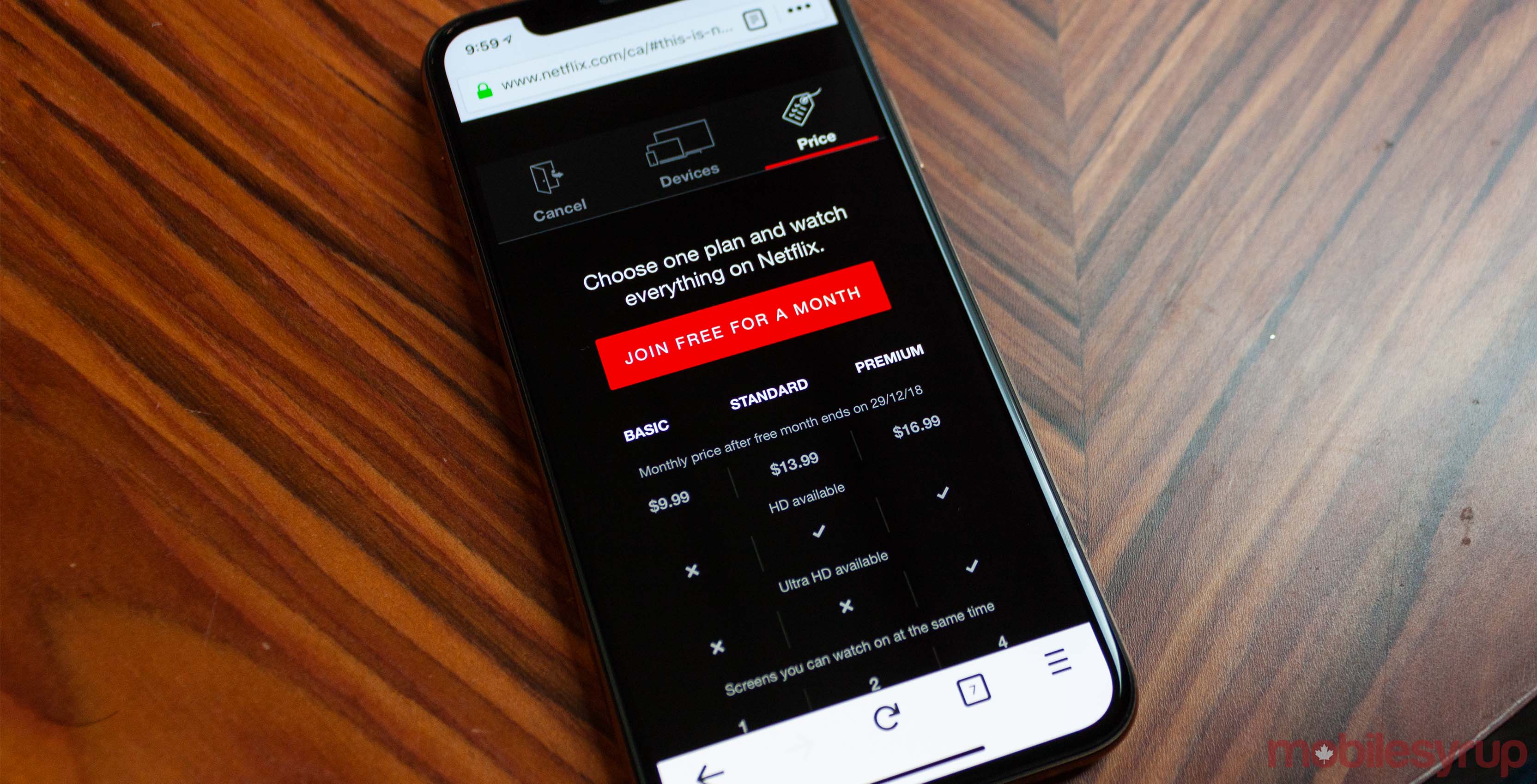 Canadians are about to start paying more for Netflix.

All three of the company’s service plan tiers will go up in price. The basic plan, which lets users watch in standard definition on one screen at a time, will go up a dollar to $9.99 a month.

The standard plan, which allows users to watch in high definition on up to two screens will increase $3 to $13.99 per month.

Finally, the premium tier, allowing for four simultaneous streams in 4K, will go up $3 to $16.99.

The new prices are effective immediately for new subscribers. Existing subscribers will be notified by email before prices change in the coming weeks.

However, Netflix also faces some stiff competition in the market. Earlier this month, Bell Media’s Crave streaming service introduced a new package including HBO programs, recent Hollywood movies, for about $20 a month. A Bell Media spokesperson told MobileSyrup that “there are no plans to increase the price of a direct subscription to Crave. Crave is available for $9.99/month while the Crave + Movies + HBO package is available for an additional $9.99/month (total $19.98).”

Disney also plans to introduce its streaming service next year with shows and movies from popular franchises like Star Wars and Marvel.

However, earlier reports indicated that Disney programs would remain on Canadian Netflix.

Update 11/29/18: Added more information about Crave and a statement from a Bell Media spokesperson.