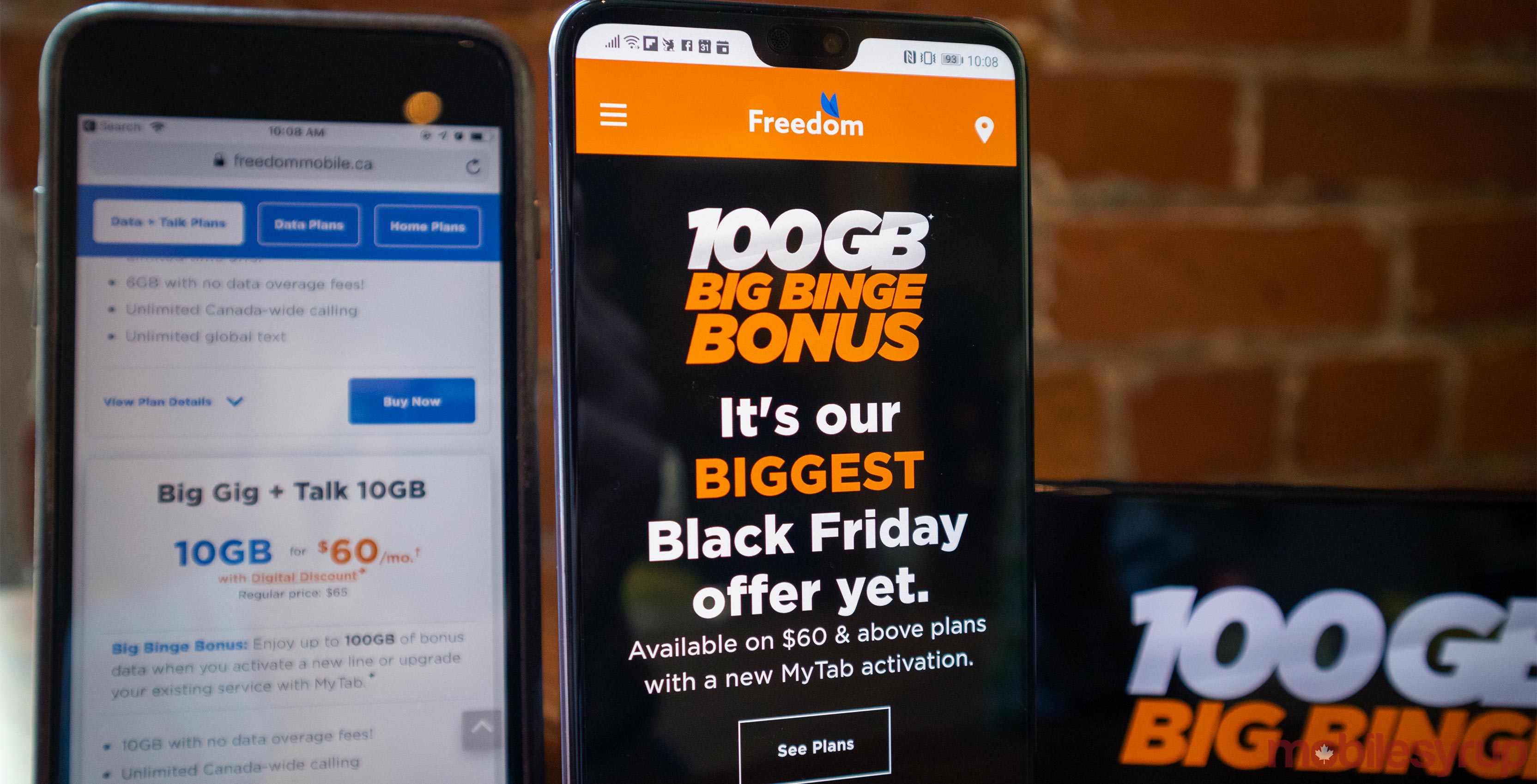 It appears that Toronto-based regional carrier Freedom Mobile is once again ready to set off a wireless arms race.

As of November 19th, 2018, new and existing Freedom Mobile customers can receive 100GB of bonus data when they sign up for a two-year monthly $60 plan with a new handset.

The limited-time offer is part of Freedom Mobile’s ‘Big Binge Bonus’ promotion. The carrier hasn’t publicly announced when its latest promotion will end.

According to a November 19th, 2018 media release, the 100GB of bonus data automatically comes into effect once subscribers exceed their monthly data allotments.

However, the 100GB of bonus data doesn’t reload on a monthly or annual basis. Once subscribers have consumed all 100GB, the bonus data completely runs out.

“When we launched our ‘Big Gig’ plans last year, we made wireless data affordable for all Canadians and demonstrated that they should expect better value from their wireless provider,” said Paul McAleese, president of wireless at Shaw Communications, in the same November 19th media release.

Our Big Binge Bonus builds on that momentum and presents Canadians with an unrivalled way to do what they want on their devices without worry.”

The Big Binge Bonus is a way for subscribers to access full speed LTE data, even if they’ve consumed their overall monthly allotments.

In addition to a collection of data and talk plans, the carrier also launched a group of data-only plans, including a Big Gig data-only plan that provides 10GB of data for $50 per month.

Bell gained the most subscribers during the final fiscal quarter of 2017, while Freedom Mobile reported “record disconnects” stemming from the $60/10GB promotions.

However, Freedom Mobile was able to use its iPhone sales and Big Gig plan overhaul to report the addition of 93,500 postpaid net additions during its Q2 2018 fiscal quarter.