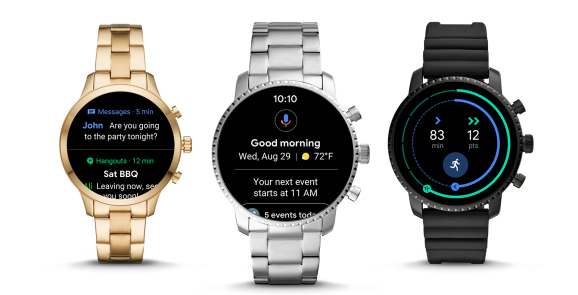 Google’s newly announced Wear OS improvements focus on improving notifications, and connecting users to health and Assistant features, but the core goal is to provide users with the most important and relevant information faster.

However, according to Stefan Frank, product manager of the Wear OS software experience, the latest version of Wear OS isn’t about streamlining users’ access to information.

Instead, he likes to think of it as a more modern interface to the same core technology.

“The launcher hasn’t changed,” said Frank, in an interview with MobileSyrup at this year’s IFA conference in Berlin, Germany.

“One click on the button, you get to the launcher and everything still runs.”

Users can even continue to download Wear OS apps.

However, the new Wear OS was built based on feedback regarding the most common smartwatch uses.

He added that “some of the important stuff – Assistant, Fit, your notification — this is really, really fast, because we strongly believe that if we save you time on the watch, you have more time for your life.”

In spite of Google’s attempts to improve its smartwatch interface, manufacturer adoption of Wear OS is still lower than that of company’s Android mobile operating system.

Frank acknowledged these shortcomings by stating that the goal is to create a “product that the user will really like and then everything will fall in place.”

Barr said that manufacturers “know their customers best, so they can make the device which resonates with their users.”

“Over the past couple of years, we’ve expanded that set of different manufacturers who make devices, so you have everything from high-end watches to rugged sport devices.”

Barr further stated that Google is constantly engaged in discussions with watch manufacturers in order to convince them to move into the smartwatch space.

“There are several manufacturers of mechanical and quartz watches…and we believe strongly that their customers would love a smartwatch experience which lives up to that brand’s values,” said Barr.

Google’s latest version of Wear OS is expected to roll out to devices over the course of the next month.

Casio’s WSD-F30 smartwatch — announced today at IFA 2018 — will be one of the first devices to carry the new version of Wear OS.