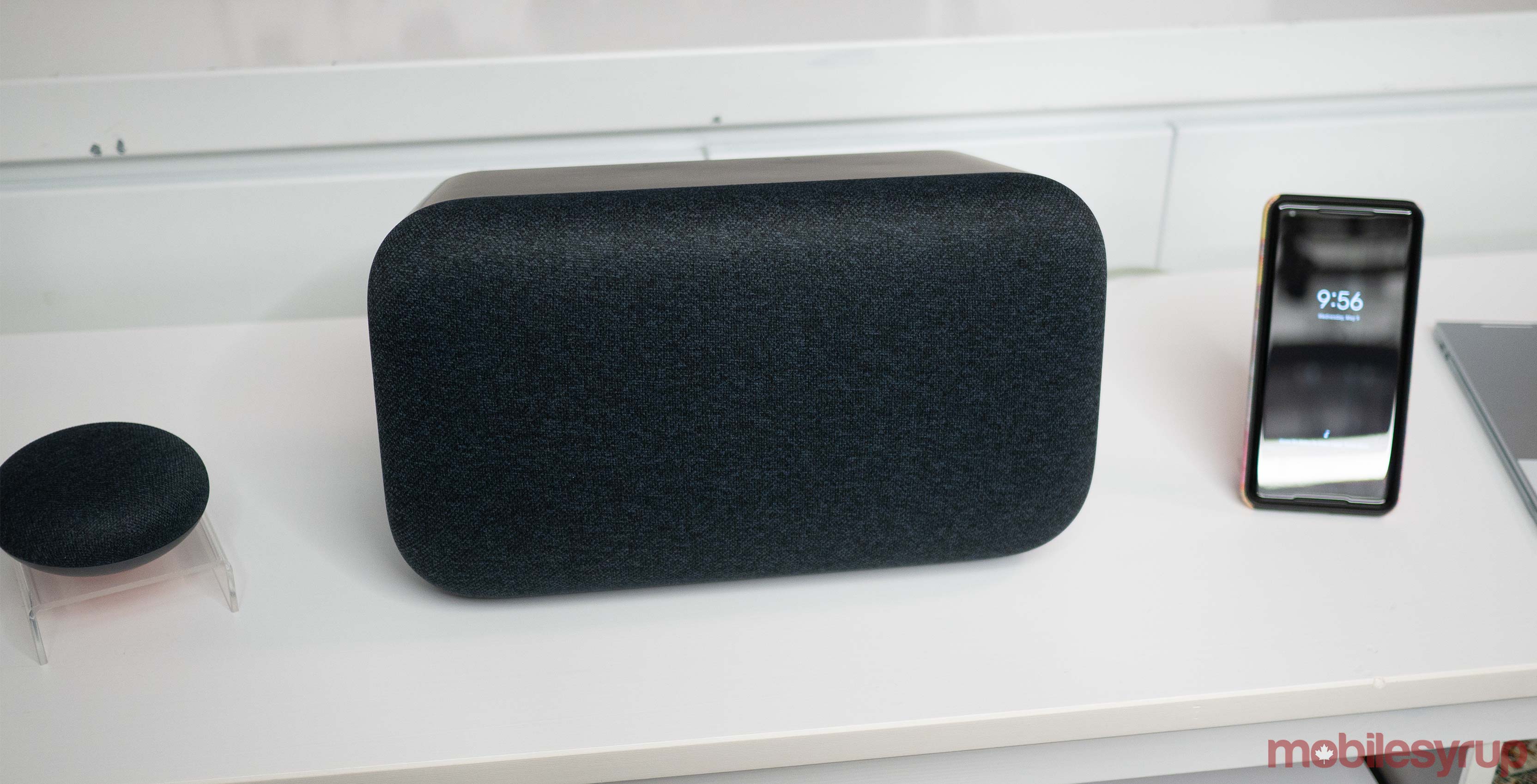 Google has announced that the Google Home Max, the Mountain View, California-based tech giant’s high-end speaker designed for audiophiles, is set to make its way to Canada on May 16th for $499 CAD.

Similar to Apple’s HomePod — which still hasn’t been released in Canada — the Home Max is also capable of tuning itself to the acoustics of the room its placed in by using a machine learning process Google calls ‘Smart Sound.’ 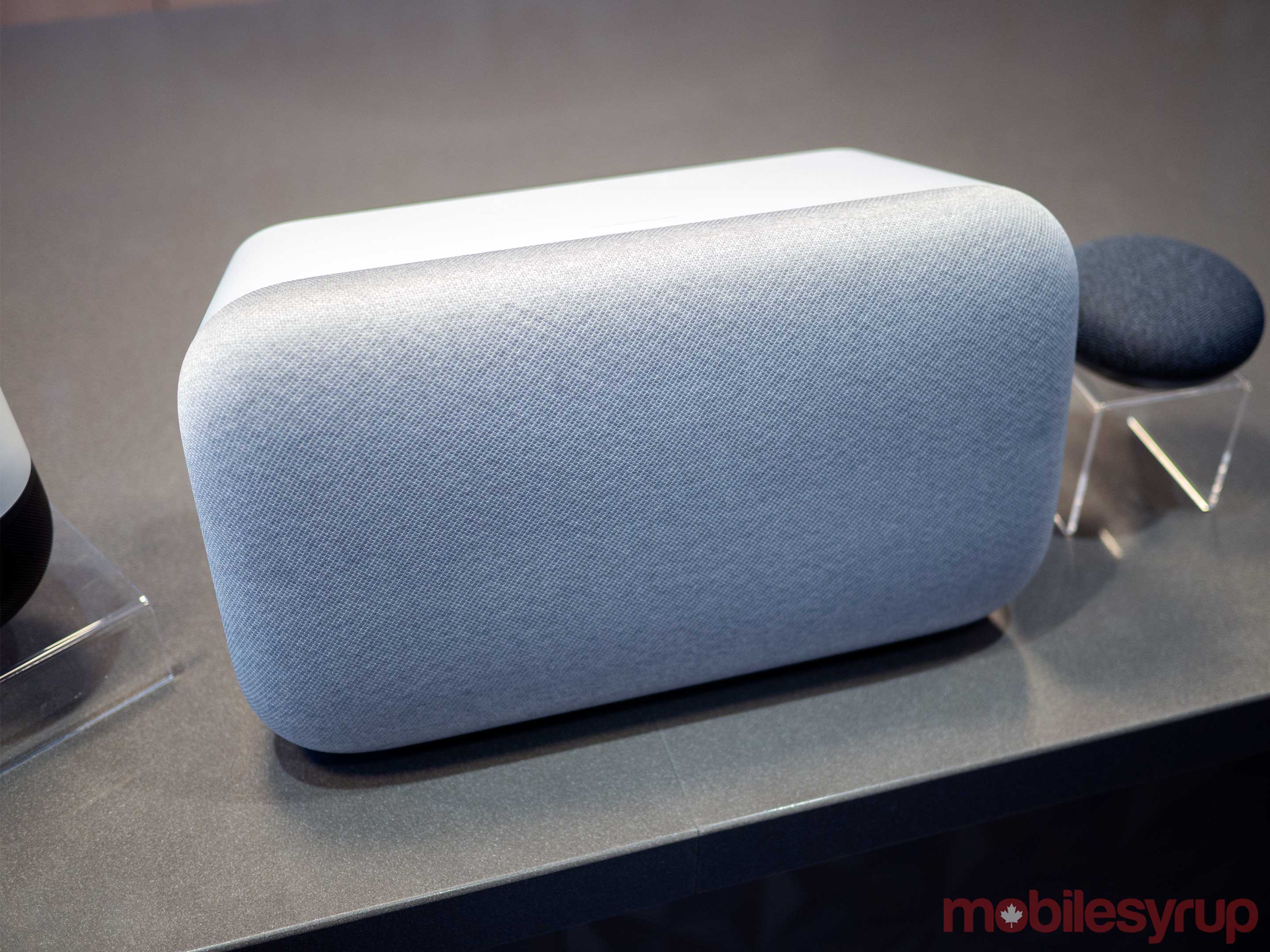 Google says that Smart Sound works whether you’re listening to a song, podcast or even taking a phone call. Further, the speaker automatically adjusts its volume level depending on the ambient noise present in the room.

The Home Max can be flipped on its side and is able to stand upright using a magnetic base that prevents it from accidentally toppling over. Google says that this base — which is included with the Max — is also designed to prevent the high-end speaker from damaging wooden surfaces, an issue Apple has encountered with the HomePod.

Home Max was first released in the U.S. back on December 11th, 2017, following its October 4th reveal during the company’s Pixel event. 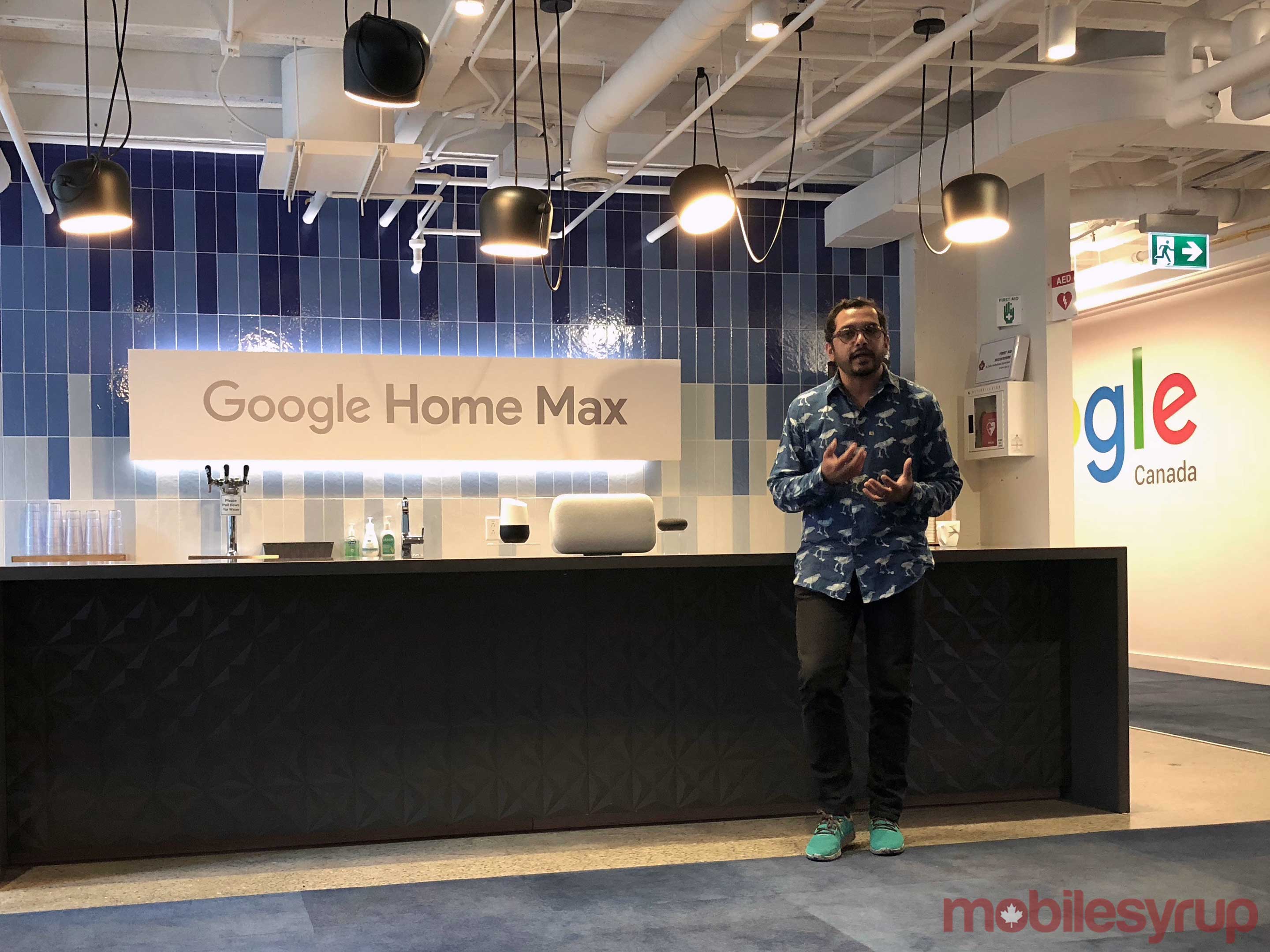 To put the Max’s price tag in perspective, Amazon’s competing Echo Plus comes in at $149, while the Sonos One is priced at $249. This makes the Home Max a pricey speaker in the Canadian market, despite its arguably higher-end specs.

“With Max it has clean bass, but also I’m able to distinguish the vocals. That’s something we were really striving for when we engineered the hardware. You can hear the instruments and you can hear the vocals and it’s really a clean sound,” said Shah. 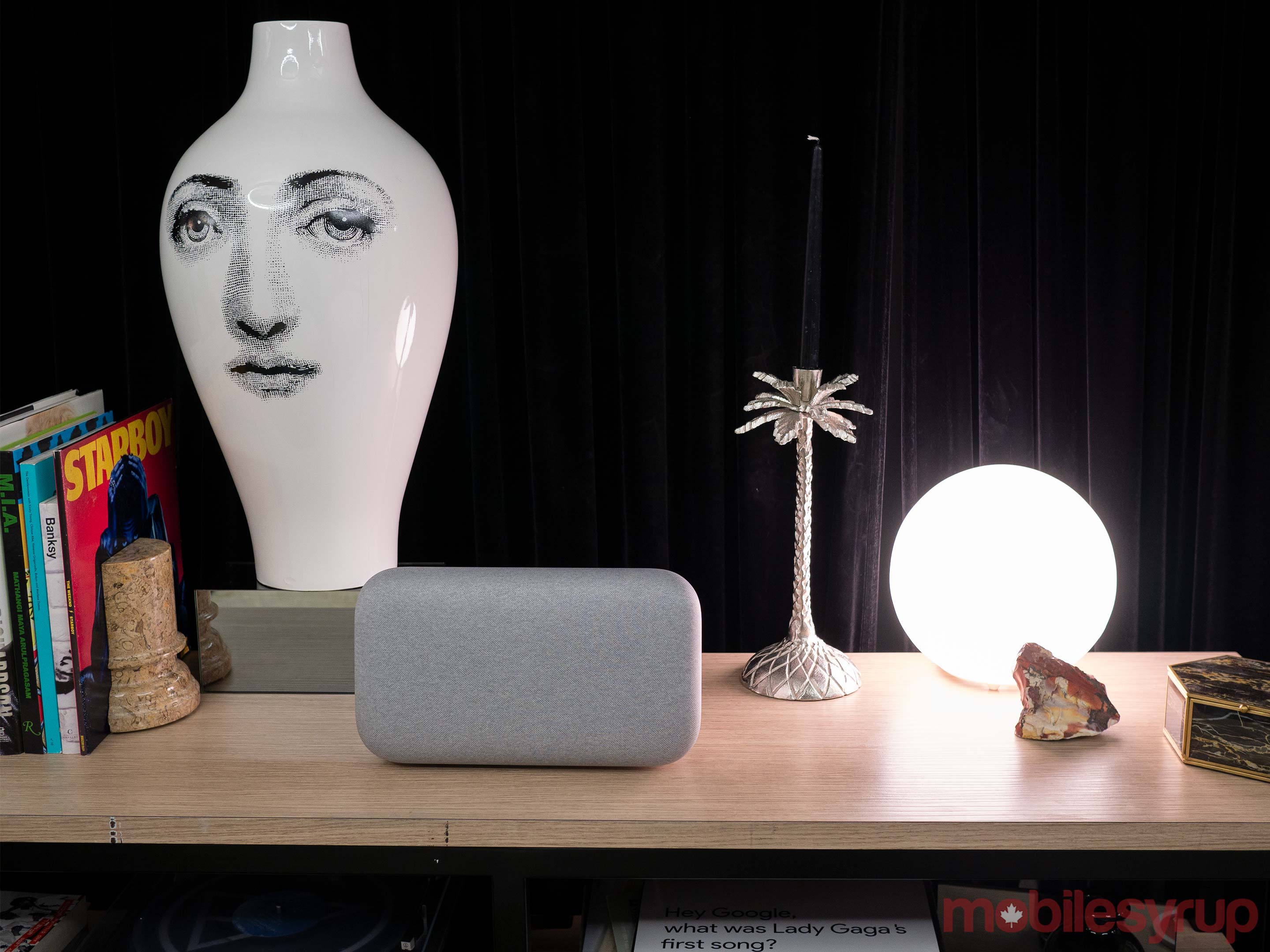 While I only spent a brief amount of time testing out Google’s Home Max, the speaker outputs impressively full sound, offering surprisingly clear treble on the high-end, along with deep bass that filled the room

The speaker also offers identical functionality to the standard Google Home and the Home Mini, including deep Google Assistant integration and the ability to control supported smart home products via voice commands. That said, unlike the standard Home, when a song that features right or left channel audio mixing is playing, the Max is able to output music to individual speakers — but only when paired to an additional Max Speaker.

Both rooms I was able to hear Google Home in were relatively small, so it will be interesting to see how well the high-end smart speaker is able to fill larger spaces.

Update: Check out our review of the Home Max here.