HomePod is launching in the U.S., U.K. and Australia on February 9th 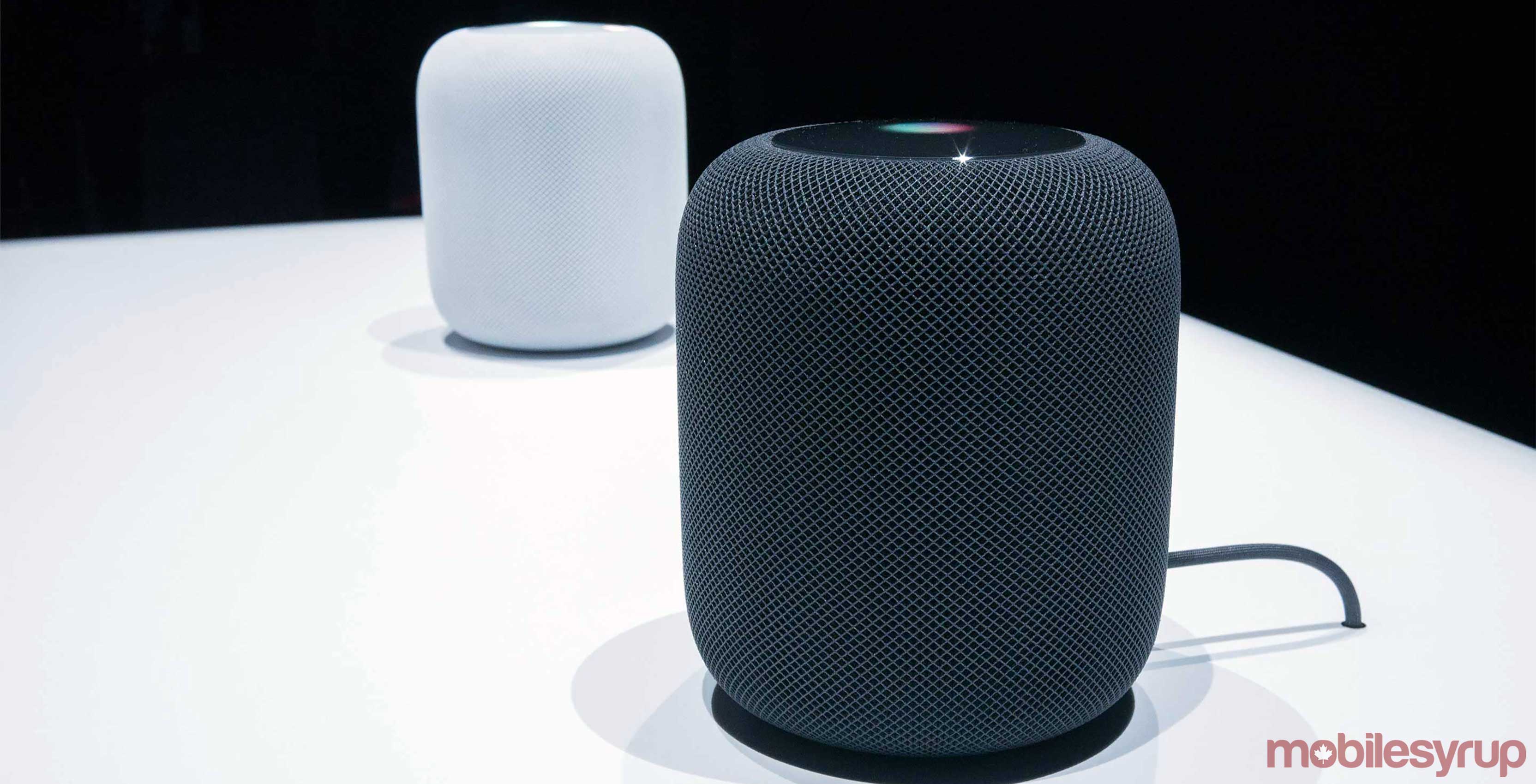 Confirming rumours that surfaced yesterday, Apple has revealed that its upcoming HomePod smart speaker will launch in the U.S., U.K. and Australia on February 9th, 2018, with pre-orders starting on January 26th.

The company has also confirmed that the HomePod will make its way to France and Germany this spring. What remains unknown is when or if the HomePod will come to Canada at some point in the future. Apple Canada has told MobileSyrup that Canadian availability hasn’t been revealed yet.

It’s more than likely the HomePod will make its way to Canada at some point — it’s just unclear when that’s actually going to happen. It’s also likely that French language support is holding back the device’s Canadian release, though this is just speculation.

In terms of other smart home voice-activated speakers, Google Home officially supports Canadian French, while Amazon’s line of Echo devices do not.

It’s also worth noting that the HomePod seems to feature the same technical specifications as it did when the the tech giant first announced the speaker back at WWDC in June.

Rather than smart home integration, the HomePod is focused on sound quality and music, though it will feature an always-on Siri-powered voice assistant. That said, it looks like Siri’s implementation in the HomePod will be much more limited than what Google Assistant in the Home and Alexa in the Amazon Echo, are capable of doing.

There are also a few questions yet to be answered about the HomePod’s functionality, including whether or not the device will be capable of playing music from platforms like Spotify or Google Play Music. However, given Apple’s walled-garden approach to software and hardware, it’s likely that won’t be the case.

Additionally, Apple has stated that multi-room audio won’t be supported by the HomePod until next year. Competing devices like the Amazon Echo and Google Home are already capable of delivering multi-room audio. That being said, it does seem like stereo playback between two HomePods in the same room might be possible at launch.

Apple delayed the HomePod back in late November because the company said it needed “a little more time” to get it reader for customers.

MobileSyrup will have more on the HomePod in the coming weeks.