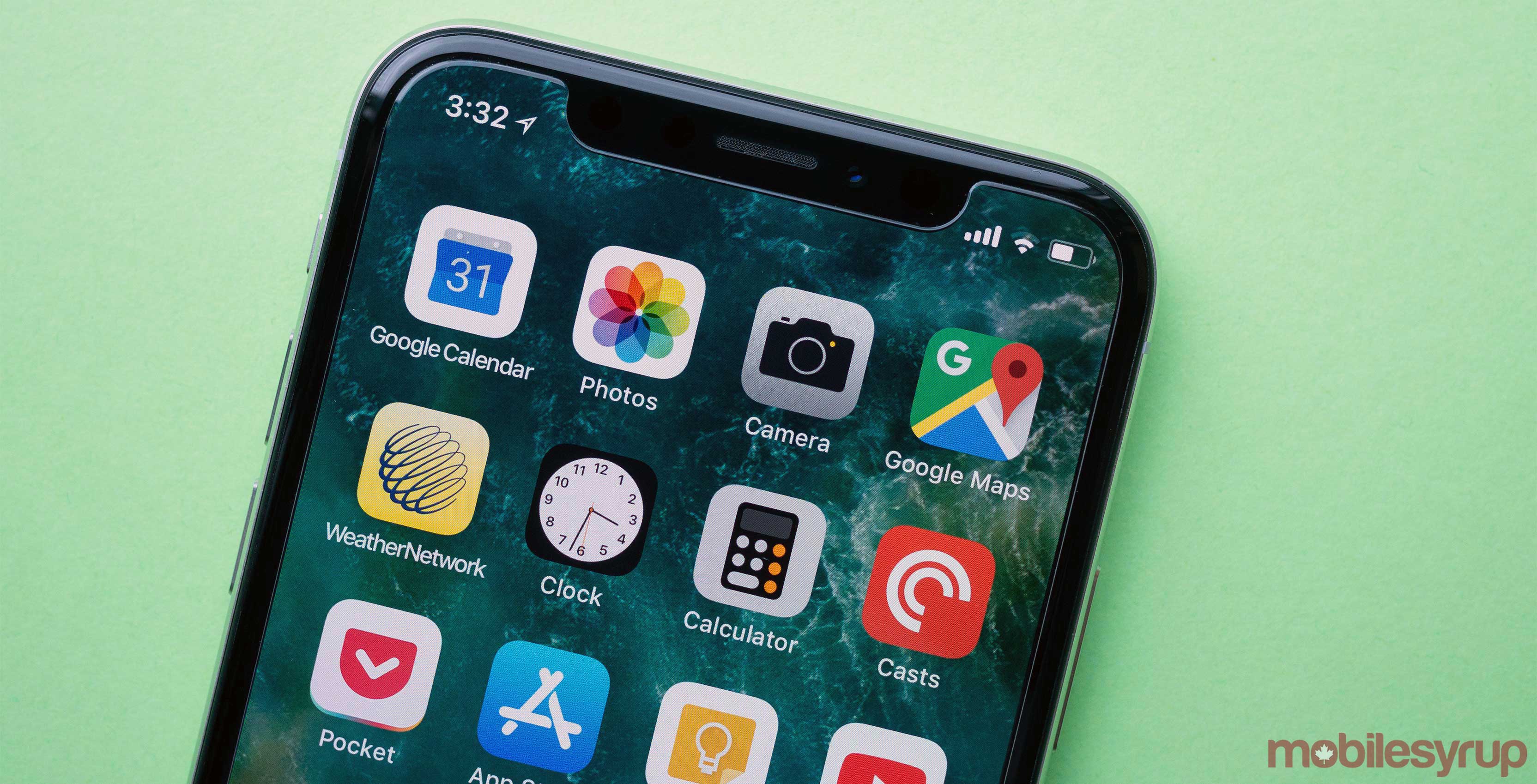 After six months of using the iPhone X as my primary handset, Apple’s most premium phone to date has become my favourite smartphone, ever.

It’s sleek, snappy and, most important of all, feels like a step forward for the company, as well as the smartphone industry as a whole.

However, the iPhone X is not without faults.

For one, Apple’s flagship smartphone remains pricey, especially in Canada where the phone comes in at an astounding $1,319 CAD outright. With that in mind, Samsung was actually the first manufacturer to hit this upper echelon price point with the release of the Note 8.

There’s also no denying that iOS 11 isn’t perfect. The latest version of Apple’s mobile OS will likely go down as one of the tech giant’s least stable operating systems, particularly when running on the X.

Still, the iPhone X’s gesture-based controls have become so second nature to me that I find it difficult to go back to an older iPhone or Android device.

It’s all about the gestures 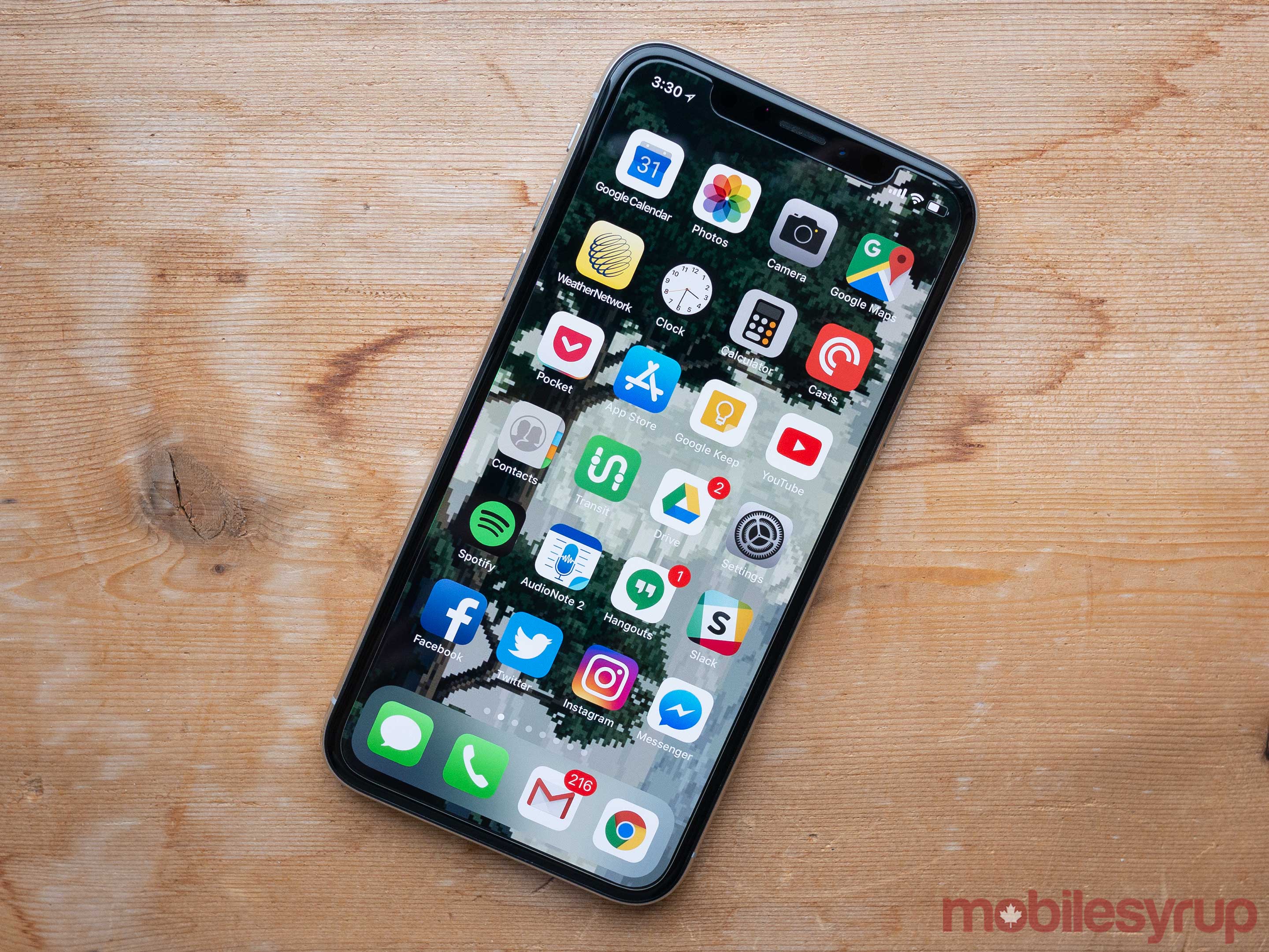 For example, it took me a few hours to get the hang of the Samsung Galaxy S9 and S9+’s on-screen contextual controls, after spending the last few months with the iPhone X. This awkward feeling was amplified when I recently picked up an iPhone 8 for the first time in months.

Along with confusion caused by the fact that I had to press the home button to multitask, Touch ID felt foreign to me. 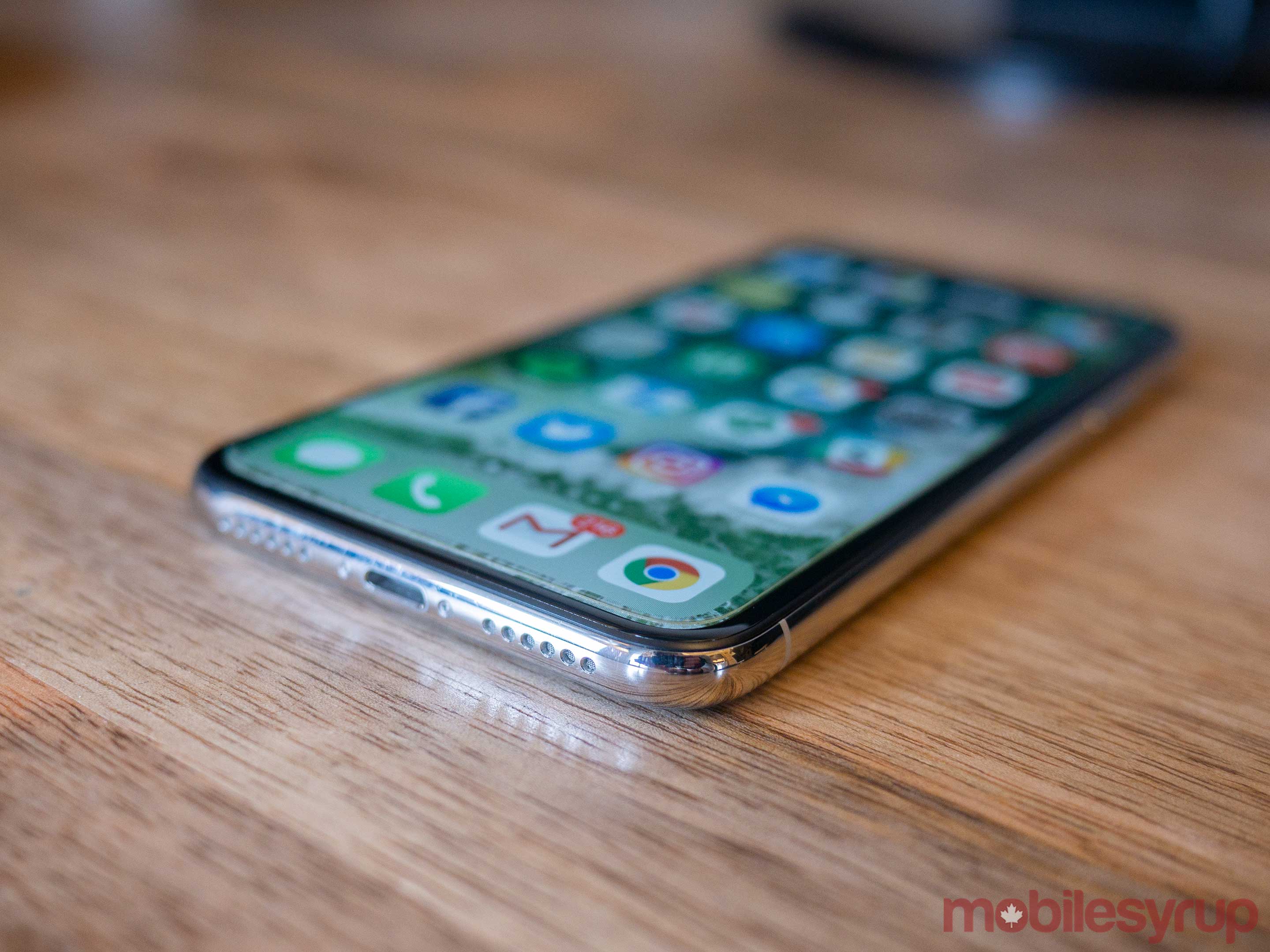 However, roughly six months into my time with Apple’s flagship smartphone, I find it difficult to pick up any other handset. The level of fluidity I experience when swiping rapidly though the iPhone X’s UI just isn’t present on any Android device, even the Pixel 2 — or the iPhone 8.

It’s going to be interesting to see how far Google goes when it comes to Android P borrowing the iPhone X’s webOS-inspired gestures. Given how great they are though, I’d say this is definitely a plus for Android users.

On a side note, we’ve already seen Android OEMs offer up their own takes on the iPhone X’s gestures without Google’s help, most notably with OnePlus, which just officially added gesture navigation to the 5T with OxygenOS 5.1.0.

The notch is fine 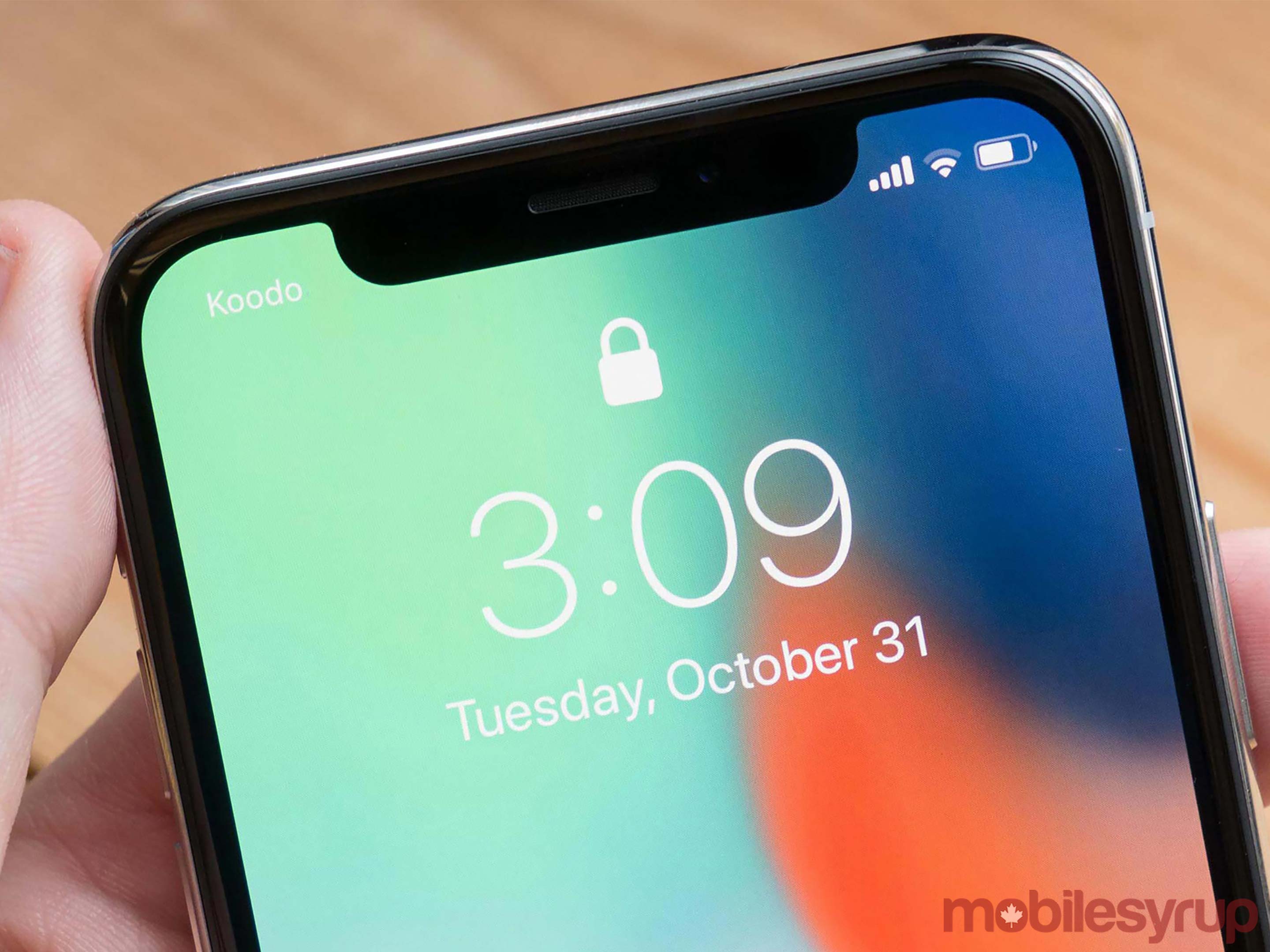 The iPhone X’s design isn’t for everyone and aspects of the phone’s aesthetic continue to be at odds with each other.

I’m not particularly fond of either the ‘Silver’ or ‘Space Gray’ iPhone X — though the rumoured gold iPhone X looks surprisingly awesome with its gold trim.

While I initially thought the iPhone X’s stainless steel trim gave the phone some much-needed visual flair, I’ve grown less fond of it overtime given that it’s become a scuff and scratch covered mess. This happened despite the fact I kept the iPhone X in a case most of the time.

The phone’s OLED display on the other hand, including the often ridiculed notch, to my eye remains one of the best smartphone displays ever in terms of quality, colour and overall vibrance, forcing even Samsung to step up its game with the S9/S9+. I also haven’t run into the screen burn-in issues the Pixel 2 XL sometimes suffers from. I understand the complaints surrounding the notch and how some people feel it distracts from the viewing experience, particularly if you’re watching a video. 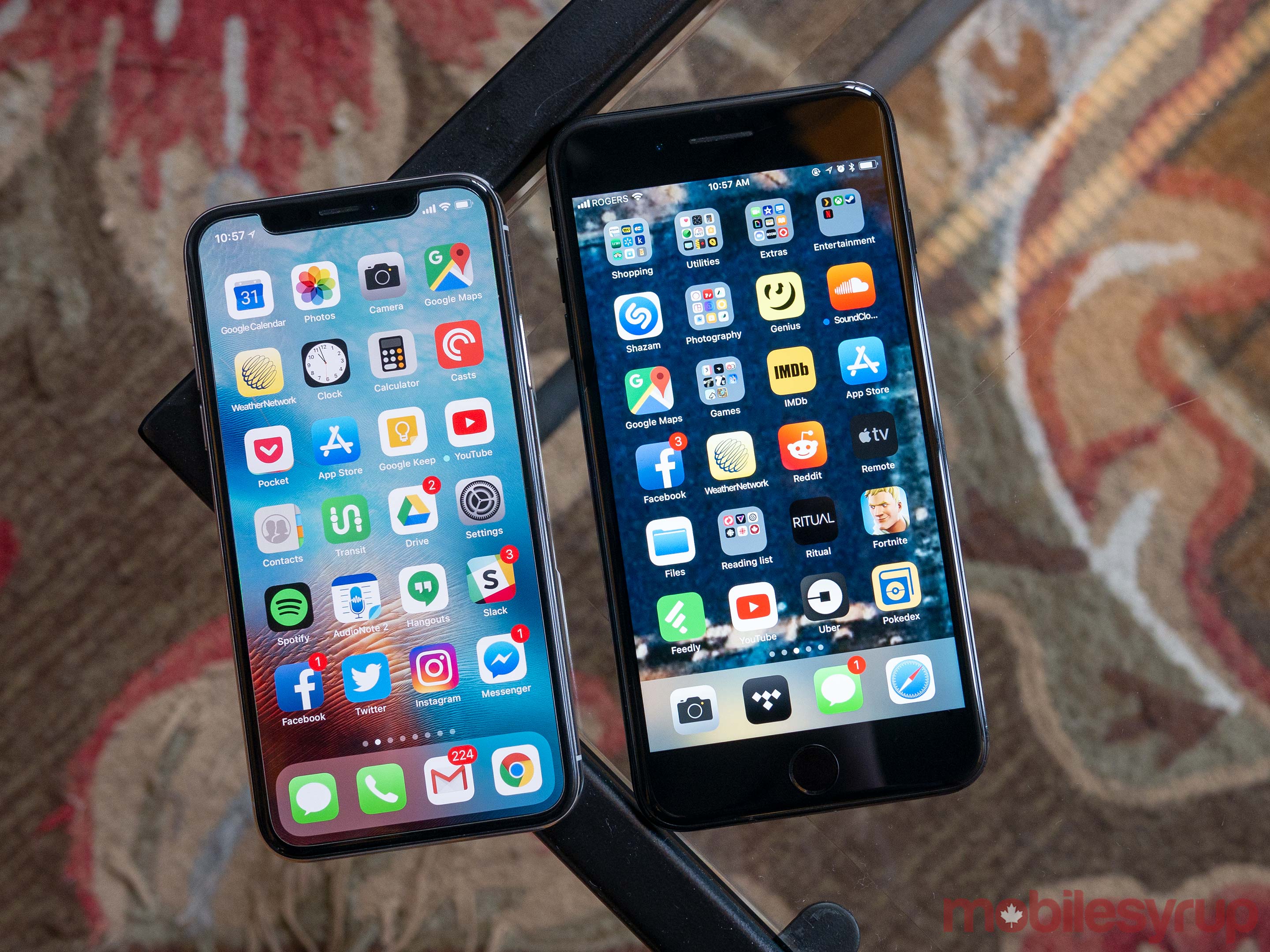 I think these concerns are valid, but I’d argue the majority of people who are most adamantly against the notch haven’t actually used the smartphone for an extended period of time. Following roughly my first week with the X, the notch faded away. I forgot it was there and in the rare instance I did notice it, the stark cutout’s look actually grew on me. I do wish the notch displayed the iPhone X’s specific battery life percentage though — this seems like an oversight on Apple’s part.

Further, as much as hardcore Android fans will deny it, Apple has set a trend with the notch. Take a look at the rumours surrounding the upcoming OnePlus 6 and LG’s G7, along with already released devices like the the Huawei P20 and the soon-to-drop Asus ZenFone 5.

Most manufacturers would likely agree the the notch is not a great look given how divisive it is, but what it does do is increase the screen-to-body ratio of the smartphone. The race to be the manufacturer that releases the smartphone with the most significant display-to-body ratio, along with the fact that some Android manufacturers always adopt the iPhone’s aesthetic — I’m looking at you Asus — are contributing factors here too.

Face ID works great most of the time.

Whether I’m logging into the iPhone X under bright or low-light conditions, the validation process is snappy and only takes a few seconds. Login attempts from less than ideal angles; for example, while laying on a bed, or when the phone is not pointed squarely in front of my face, rarely work consistently.

The big question surrounding Face ID is whether or not it makes me miss Touch ID. The answer is that most of the time I really don’t. While Touch ID is great, the number of times I ran into false fingerprint reads pretty much matches how often Face ID isn’t able to read my face.

In probably 90 percent of cases, Face ID is a convenient cut above Touch ID; it’s just the remaining 10 percent where things get a little messy. This is something I hope Apple improves on with the iPhone X’s inevitable successor. 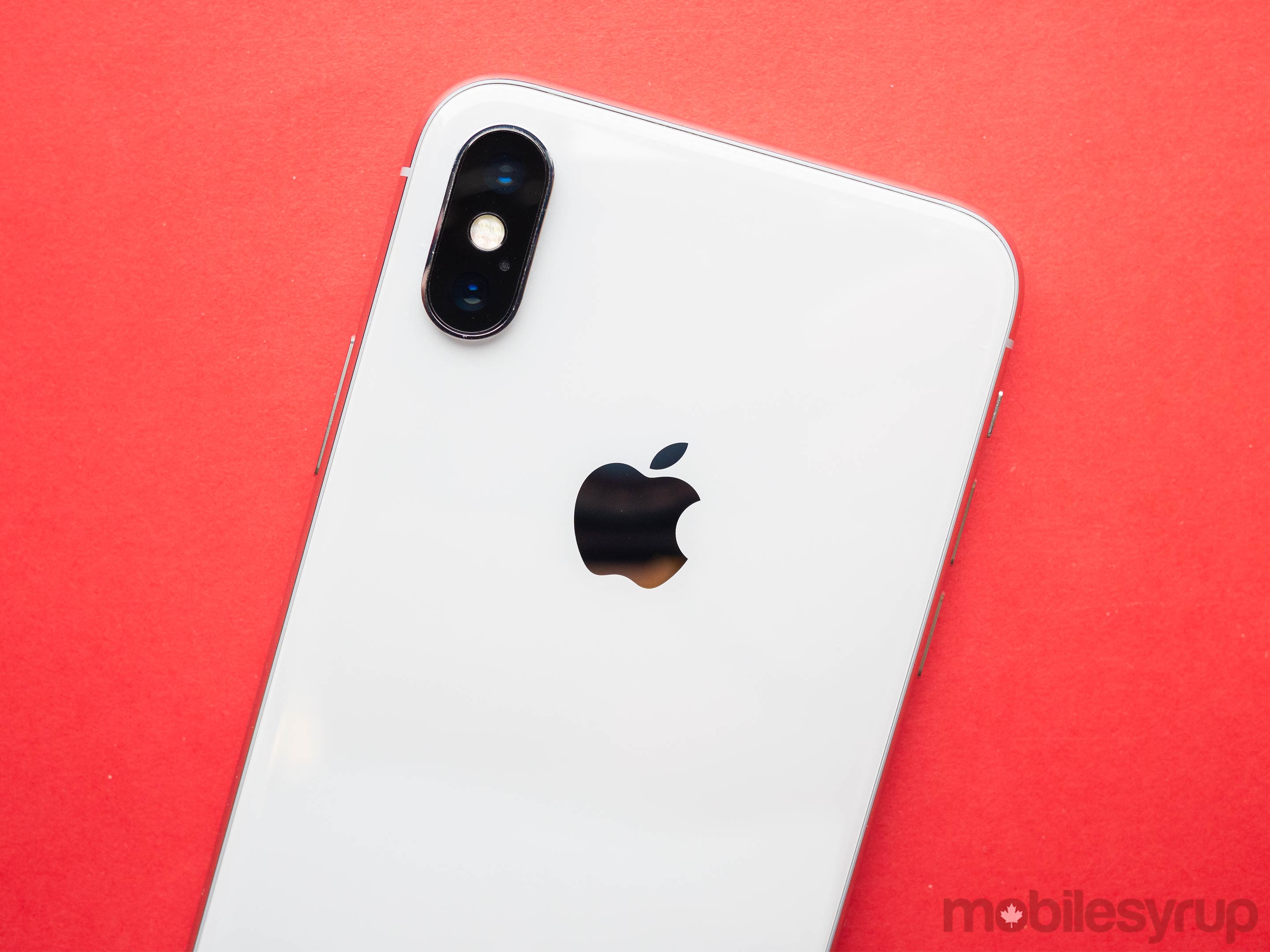 One iPhone X-exclusive feature that’s surprised me the most is Animoji. Becoming and controlling a digital dragon, skeleton, bunny, pig or panda, with my facial expressions isn’t something I thought I would find myself doing, let alone enjoying.

The iPhone X’s camera also remains stellar, though this is to be expected given it features the same 12-megapixel rear shooter and 7-megapixel front shooter. Admittedly I haven’t used the front-facing Portrait Mode feature very often, but still find it useful in certain situations.

Samsung’s S9 and S9+ are capable of matching the iPhone X in terms of photo quality under almost all circumstances, though the S Series still retains a processed look photos shot with Apple’s smartphones continue to lack.

“The iPhone X is getting cancelled!?!” 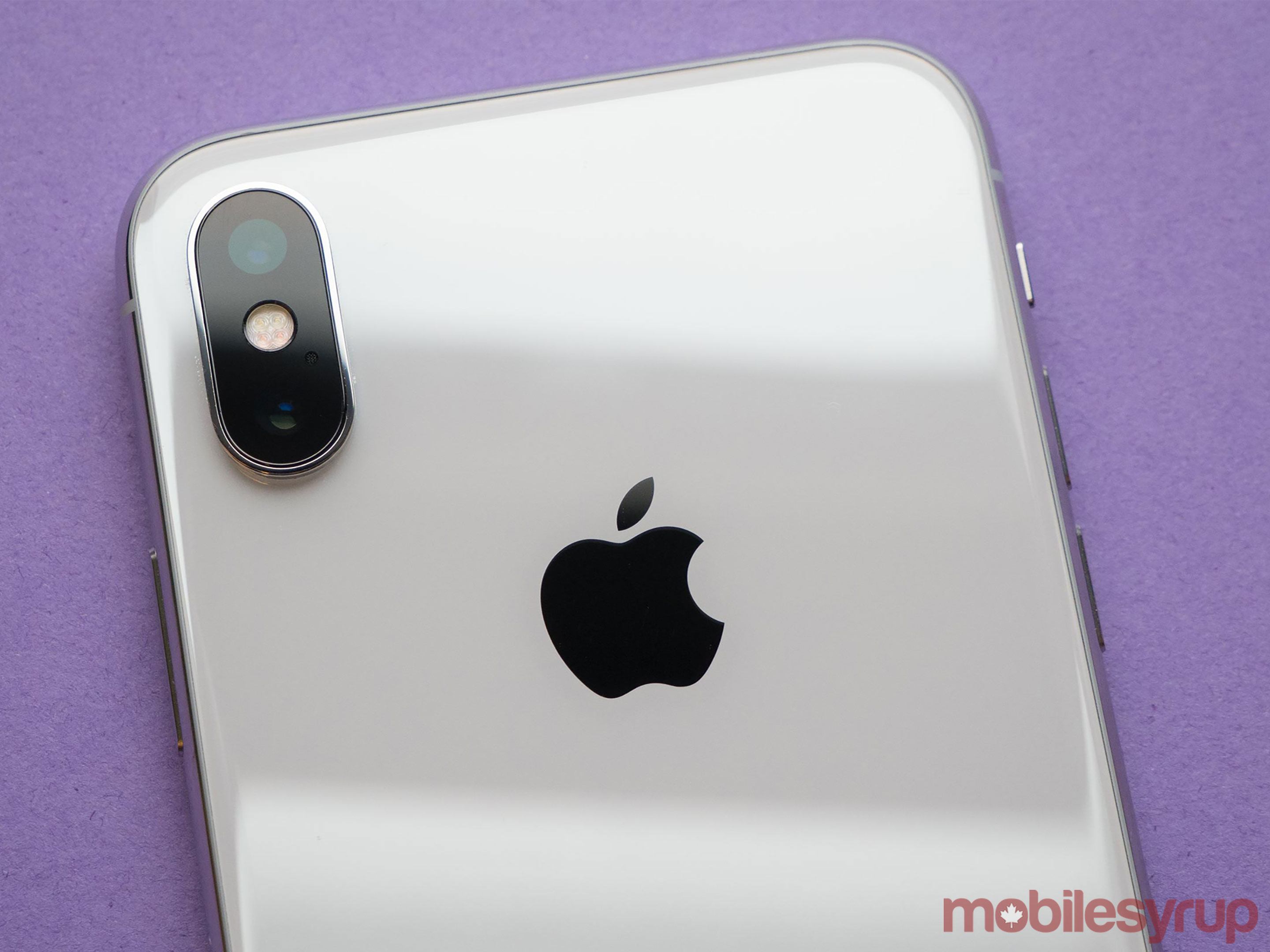 Despite what an army of YouTube content creators may want you to believe, the iPhone X is in fact not getting cancelled. Rumours began swirling in early January that Apple planned to discontinue the iPhone X — a smartphone that was always only meant to be a one-year, special anniversary device — following a note from KGI Securities Ming-Chi Kuo. As always, the tech community, particularly YouTuber’s eager for clicks, tore into this news and framed it in a way that didn’t tell the entire story.

While the iPhone X itself may go away, the device’s key features like the notch, Face ID and iPhone 3GS throw-back design, will live on. Framing the iPhone X’s demise as a result of under performing sales that apparently weren’t terrible, as well as pushback from fans, just wasn’t accurate.

Shortly after this furor ran its course, Kuo then came out with yet another report indicating that Apple plans to release two iPhone X-like devices in 2018 that all feature edge-to-edge displays, notches and Face ID.

So while the iPhone X itself might not be kept around next year, its core ideas and design cues will live on in its successors. Premium features like Animoji, Face ID and the smartphone’s notch will steadily filter down to more affordable iPhone models.

Moving forward, it will be interesting to see how Apple responds to the iPhone X’s core criticism, particularly the security concerns surrounding Face ID and the smartphone’s controversial notch.

In the end, the iPhone X was never intended to be a monumental mainstream success by Apple. The device was an opportunity for the tech giant to experiment and try something truly different, which no doubt contributed to the excitement surrounding the device phone when it was first released.