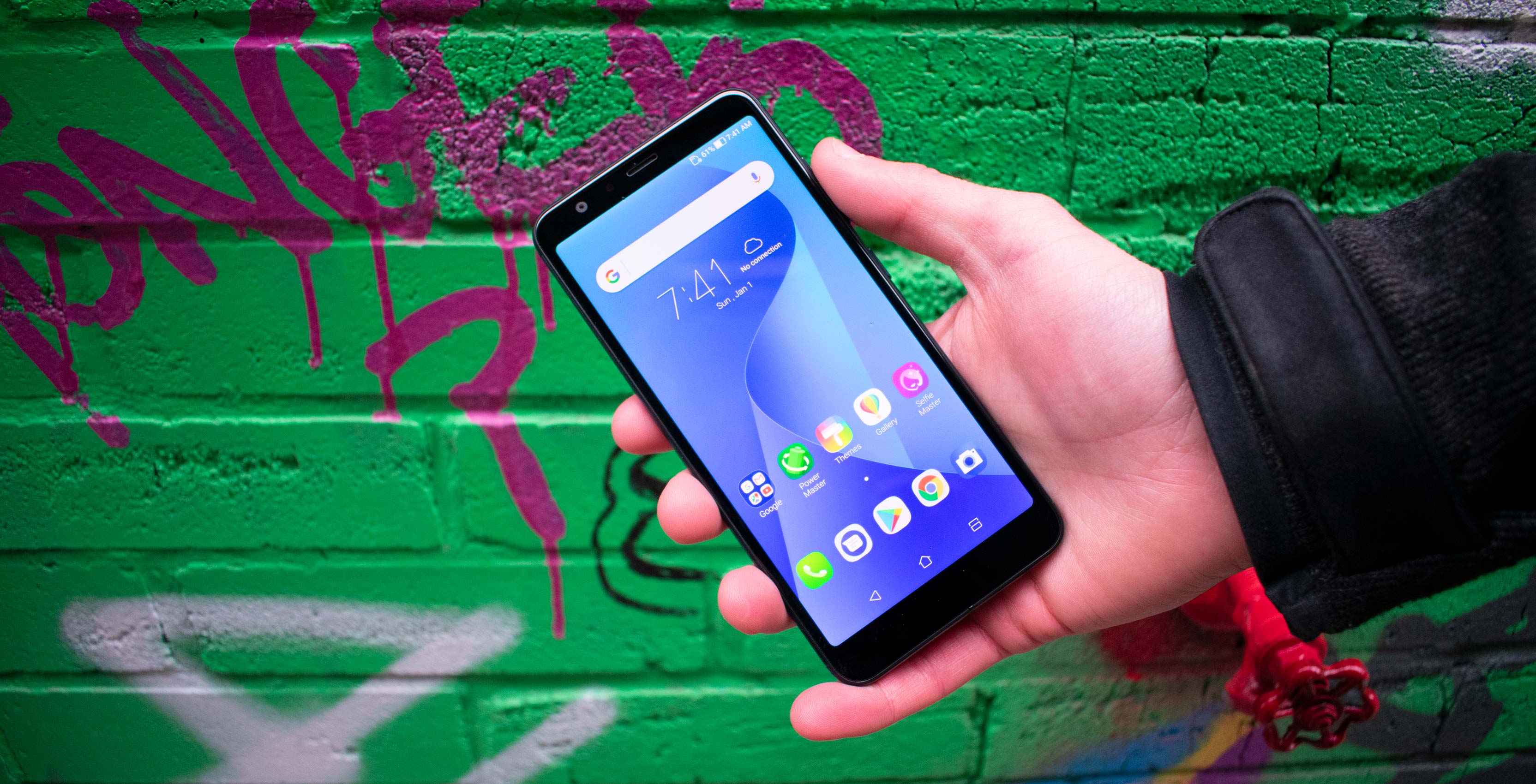 At only $300 CAD, the Asus ZenFone Max Plus M1 is a somewhat unusual choice to carry the brand’s first 18:9 aspect ratio into the Canadian market.

What’s not surprising, however, is to see Asus bring premium features to an extremely affordable handset.

While its lack of carrier support makes it an obscure brand in Canada, the company has consistently been delivered an extremely compelling Android experience over the past several years. 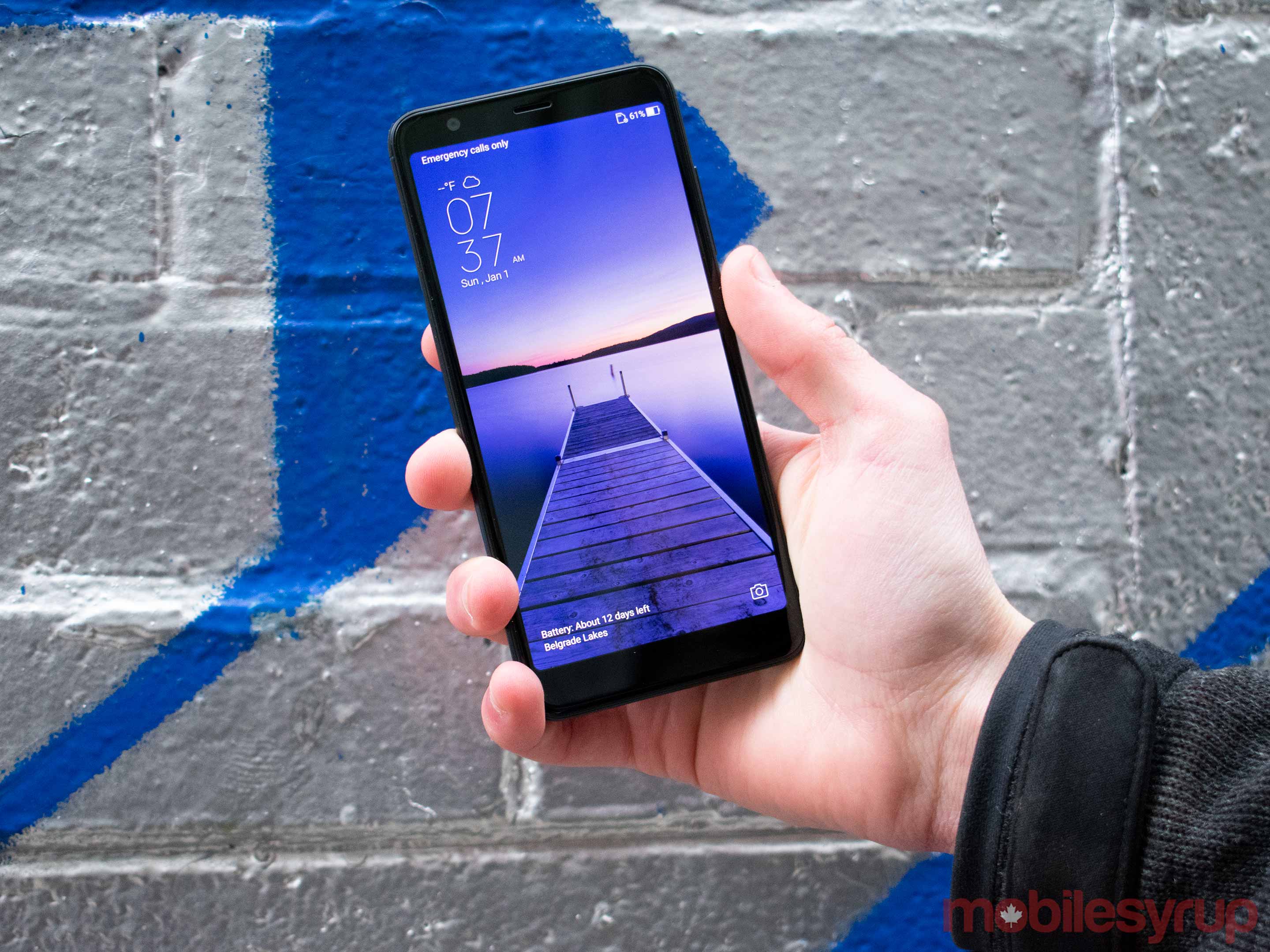 From my hands-on experience with the device, the ZenFone Max Plus M1 is a compelling addition to Asus’ collection of exemplary budget phones, but its unimpressive performance is certainly in keeping with its low price.

To begin with, it has the appearance of a device double its price. The slim bezels and 80 percent screen-to-body ratio are the main reasons for this, but its metal unibody and 2.5D curved front edges helps as well.

Not many budget or mid-range devices offer a lengthier aspect ratio — the Samsung Galaxy XCover 4 and the Alcatel A50 do not, for instance. The LG Q6, however, matches the Max Plus with an 18:9 aspect ratio (though it’s 5.5-inches to the Max Plus’ 5.7-inches). 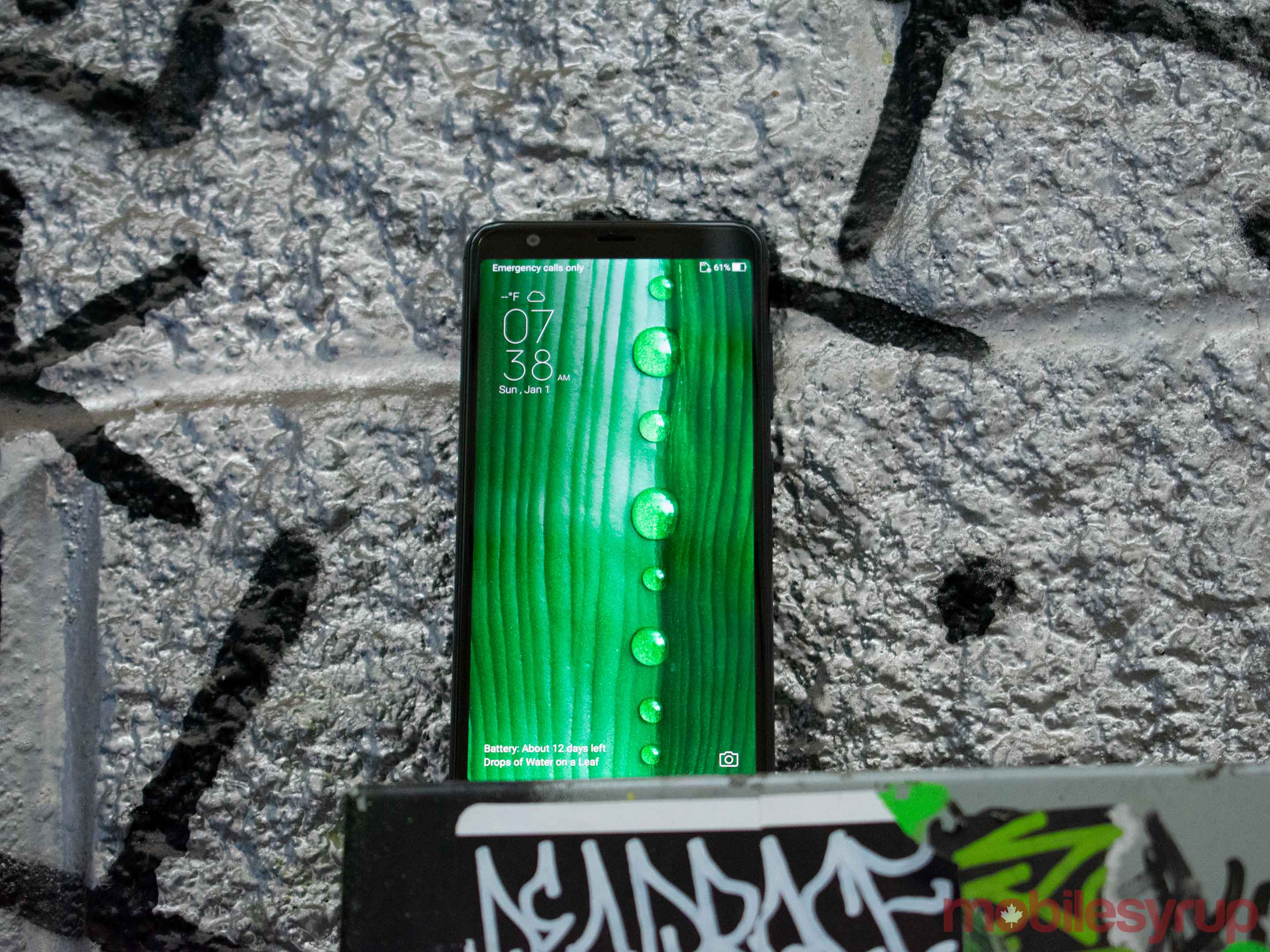 Of course, the Max Plus’ Full HD+ 2160 x 1080 pixel 5.7-inch IPS display will quickly disabuse you of the notion that it’s a flagship, but it’s not terrible, just dim and lacking in contrast.

As for other distinguishing features, the handset has a rear fingerprint sensor and comes in two colours, ‘Deepsea Black’ and ‘Azure Silver’. 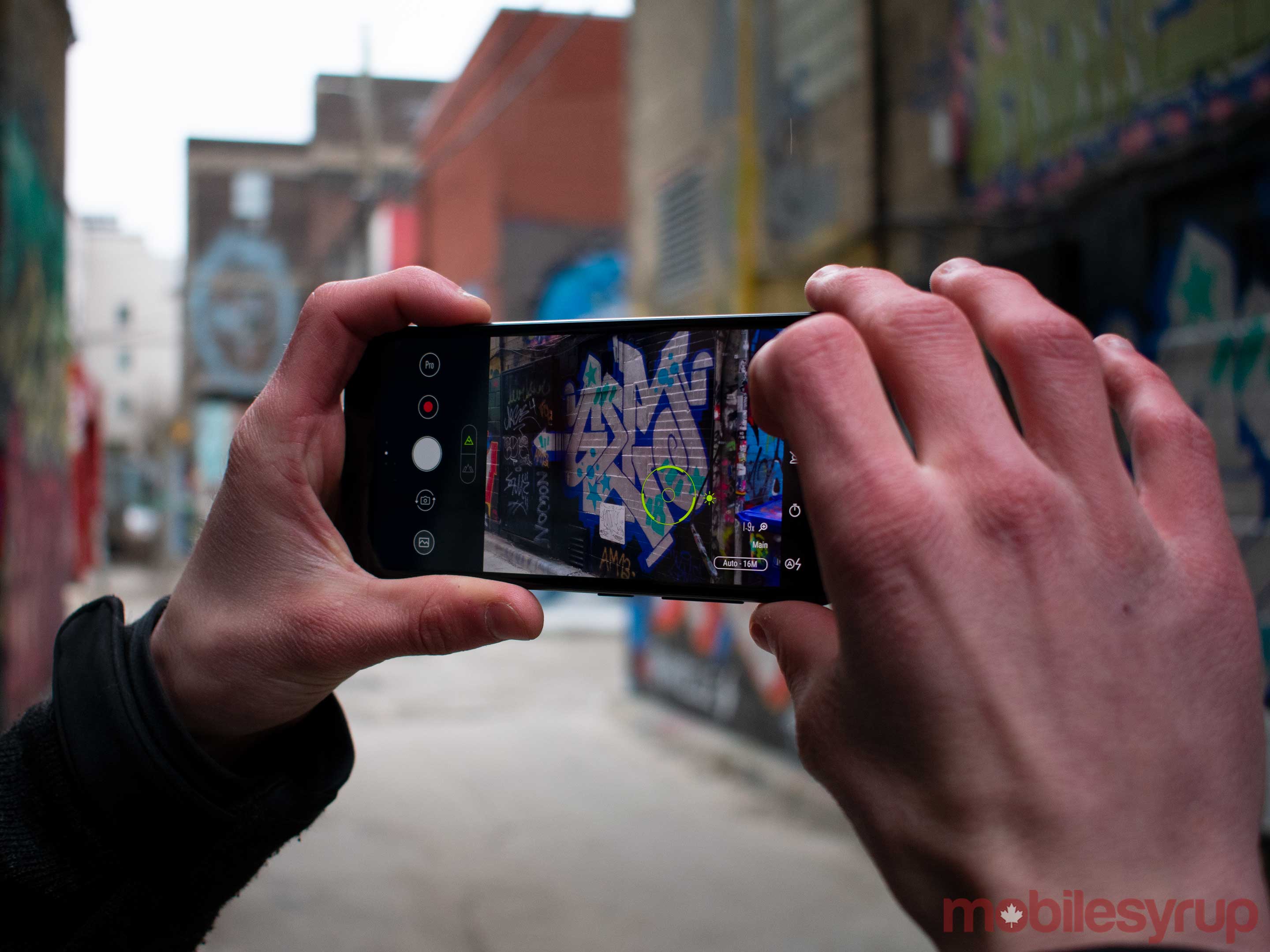 The selfie cam, meanwhile, employs another 16-megapixel sensor with a f/2.0 aperture lens.

The Max Plus runs on a MediaTek chipset, the octa-core MT6750T, which is comparable to a Qualcomm Snapdragon 600-series chipset like the 625. That’s backed by 3GB RAM and 32GB of storage. 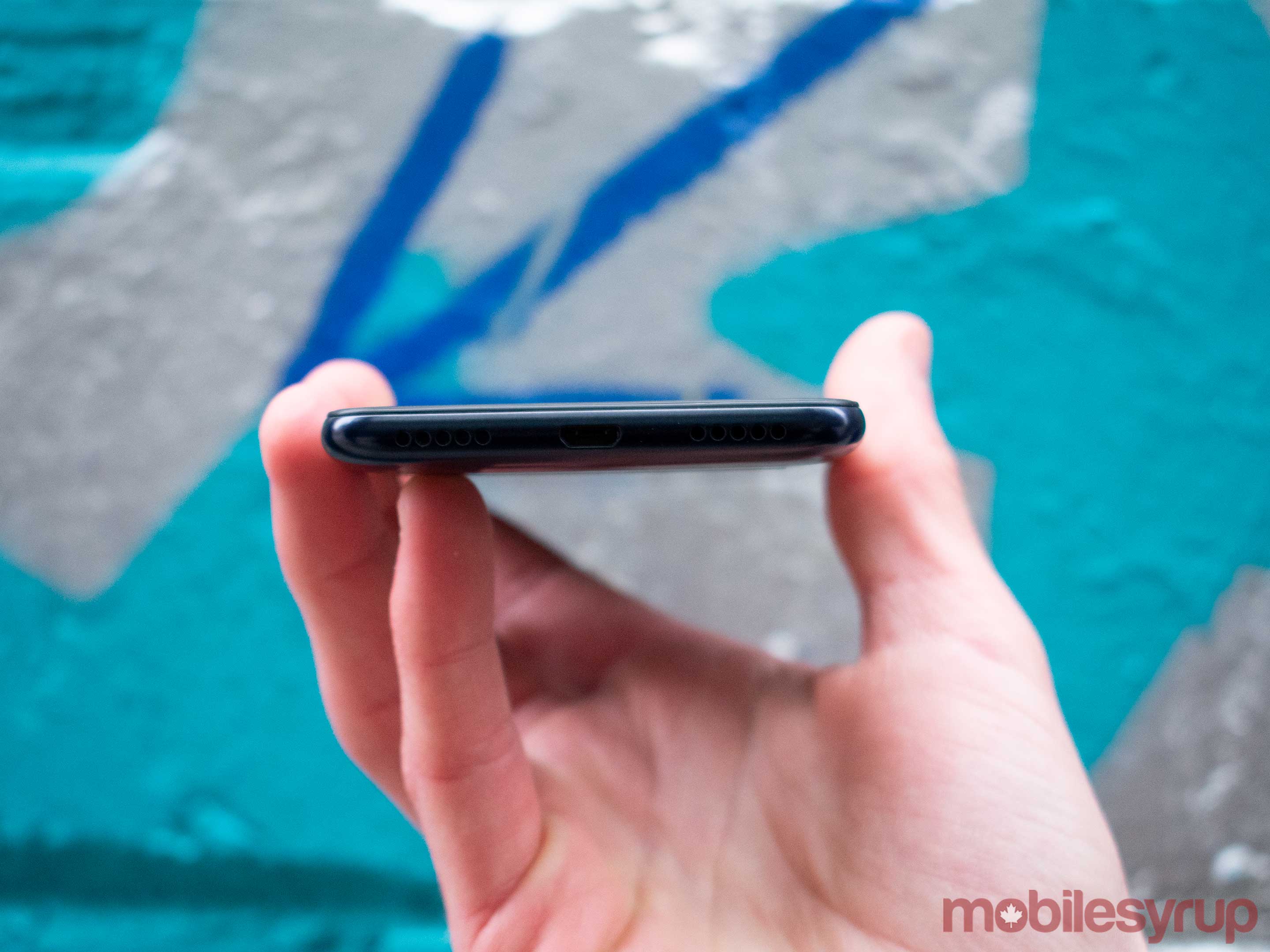 This list of performance specs is nothing to write home about and in practice I wasn’t impressed either. The phone was often quick to overheat, slow to download apps, laggy and prone to app crashes, even in the short time during which I evaluated it.

In terms of its competition, most other devices in this range have similarly low-end chipsets. The XCover 4 has a quad-core Exynos 7570, the Q6 is powered by a Snapdragon 435 and the A50 runs on a quad-core MediaTek MT6738. What’s more, none have more RAM or internal storage. However, our reviews of these devices’ performances has been more favourable, suggesting better implementation. 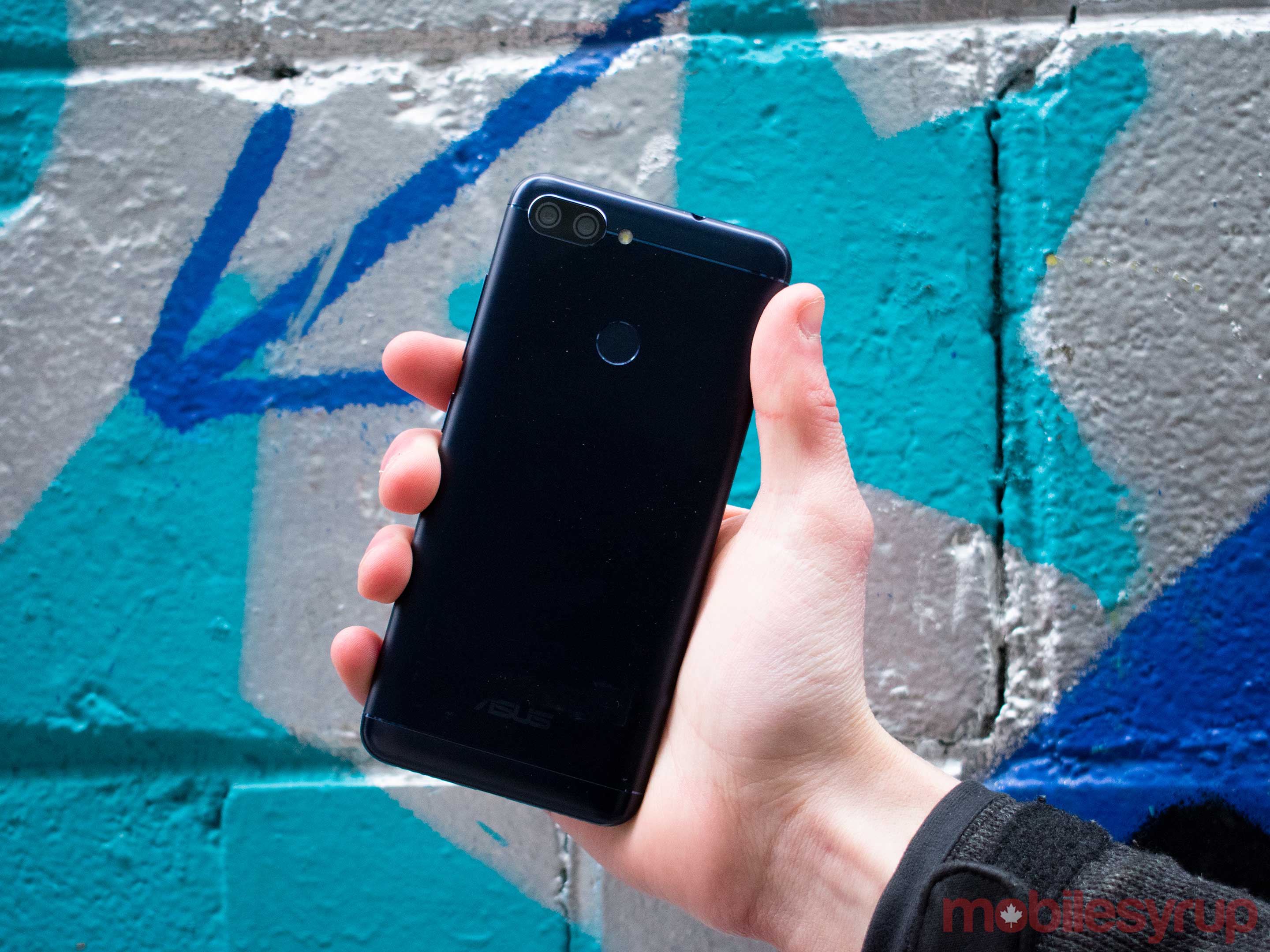 Perhaps more impressive is the 4,130mAh battery, which boasts up to 21 hours of web browsing on Wi-Fi. For me, this is the major advantage of a budget or mid-range device over a flagship, so it’s nice to see such a robust power store.

In this respect, the Max Plus M1 far outstrips its competition, with both the XCover 4 and Alcatel A50 featuring 2,800mAh power stores, and the LG Q6 delivering a 3,000mAh battery experience.

In use, it managed to idle for about 12 days with just a little over 50 percent charge before conking out — a fairly impressive feat. When in heavy use, I found the battery slipped by around four percent within a half hour, however, which is less promising. Altogether, it’s impossible to make a definitive statement about the battery, though on specs alone it does look strong against most of its competitors. 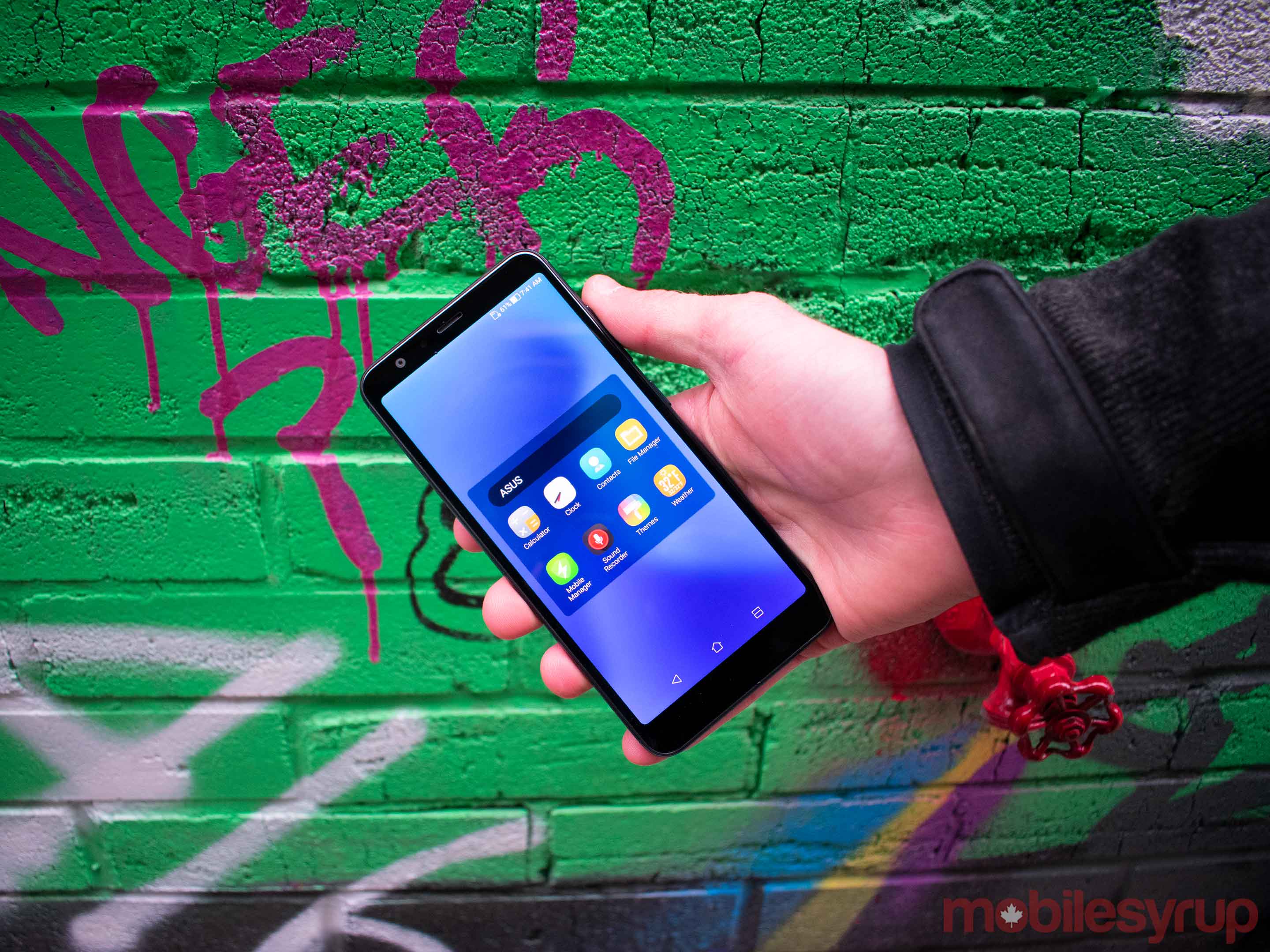 The ZenUI 4.0 software skin running over top of Android 7.0 is moderately clunky, and will likely require a bit of a learning curve for those who’ve yet to use an Android skin with a decent amount of bloatware and alterations. Still, after some customization and a little use, it’s not unpleasant.

For the record there are at least 12 of Asus’ own apps pre-loaded on the phone, some clustered considerately into an out-of-the-way Asus folder. 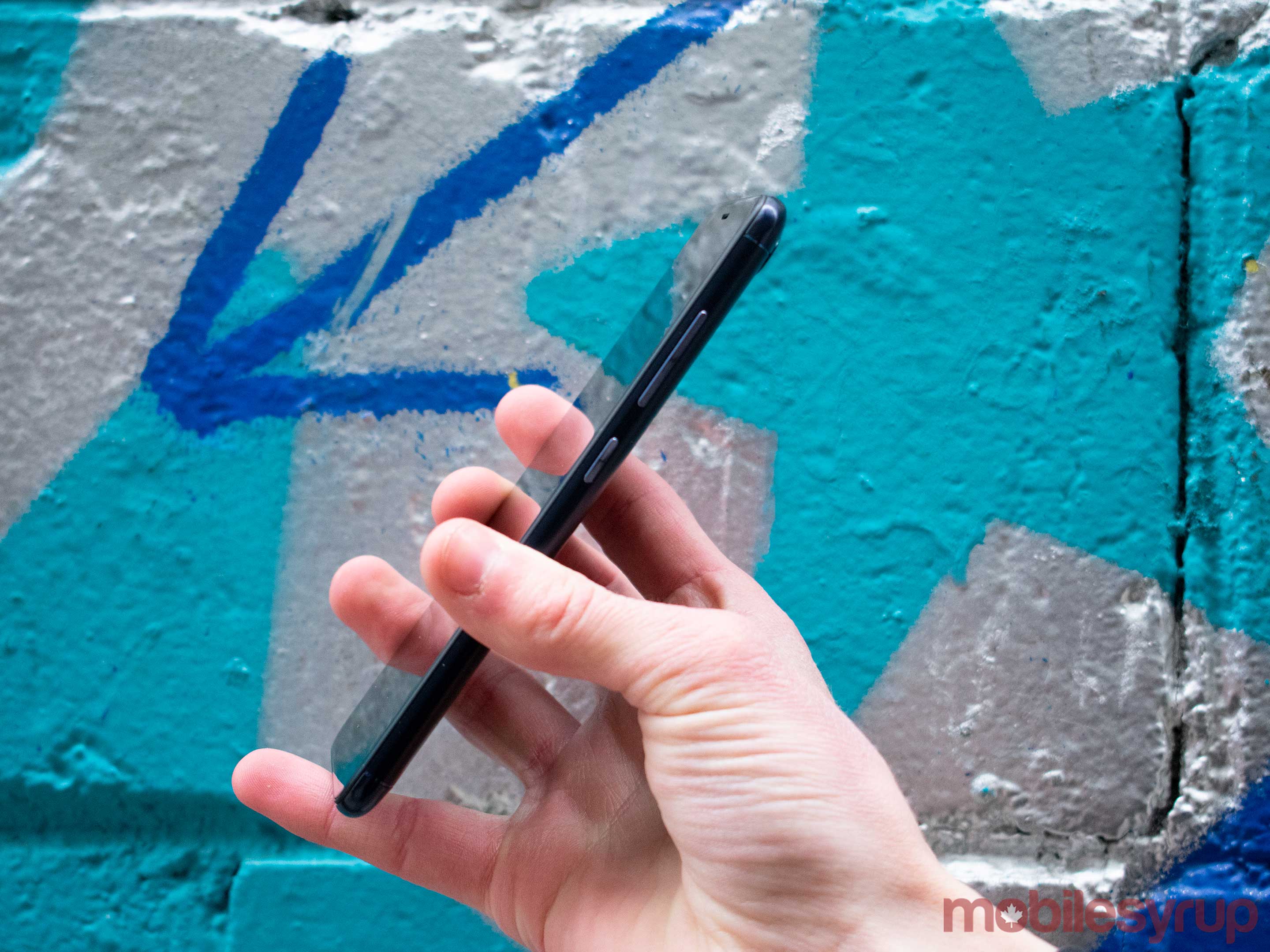 While some of those apps are fairly unnecessary (‘Selfie Master,’ for instance), they’re an improvement on Asus’ even clunkier past software. The company even took a valiant stab at facial recognition, which was difficult to set up but worked a good three out of five times. Alright, maybe that’s not great, but seeing as you can use it alongside fingerprint sensing and PIN, it’s a nice bonus feature.

All in all, the device compares well to its in-market competitors, performs well and has a handsome design to boot. It’s certainly worthy of a second-look when it comes to your next budget buy, but I won’t go as far as calling it a fully successful budget device, as I noticed some concerning issues even within my short time with the device.

The device is available through several Canadian partners for around $300. Find it at Amazon, Best Buy, Canada Computers, Newegg, Memory Express and Staples.

Asus ZenFone Max Plus M1 with availability and pricing