The promo, spotted by Dutch publication Telefoon Abonnement, shows that the phone features a camera configuration with three lenses and a dual LED flash. In a somewhat strange design move, the third camera is separated from the other two lenses. 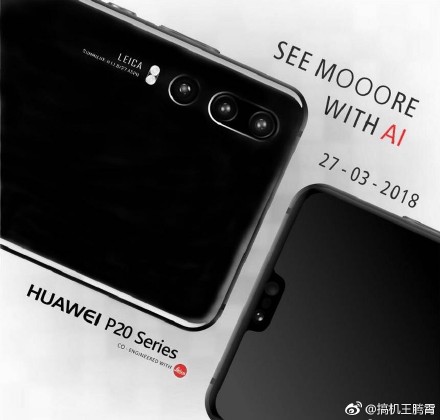 The appearance of the handset is similar to the CAD renderings revealed nearly a month ago.

The front of the handset features an iPhone X-style notch, similar to the new Asus ZenFone 5 series.

Huawei P20s on Bell will get EMUI 9 on December 12