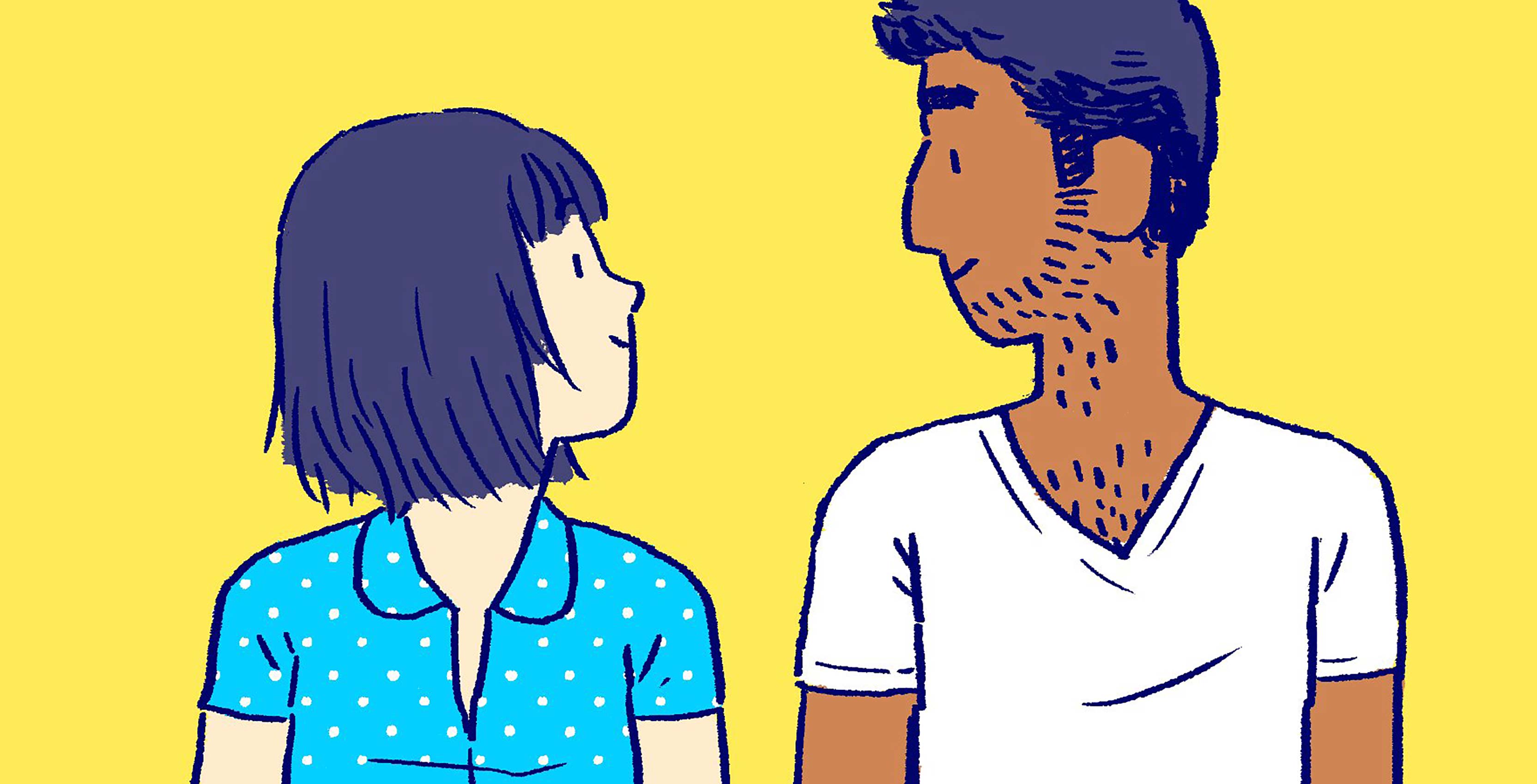 One minute you’re in the middle of a numbing daily work routine, the next you’re exploring the city with a new lover. Life can suddenly bring such pleasant surprises, but it can unfortunately take them away rather quickly as well.

That’s exactly what Florence is all about, a new mobile game from indie developer Mountains, an Australian team led by Monument Valley creator Ken Wong.

The game follows the life of 25-year-old Florence Yeoh, a young woman who’s aimlessly stuck in an endless routine of work and sleep — that is, until she meets Krish, a talented cellist who completely changes her life. Taking inspiration from movies such as Eternal Sunshine of the Spotless Mind and (500) Days of Summer, Florence beautifully chronicles the joyous highs and heartbreaking lows of young love.

But unlike the films it borrows from, Florence has the benefit of being completely interactive. Indeed, gaming as a medium is truly at its best when marrying gameplay and narrative, allowing the player’s actions to directly tie into a game’s plot and themes. This is precisely where Florence excels, showing through gameplay the transformative ways love can, for better or worse, affect every facet of one’s life. 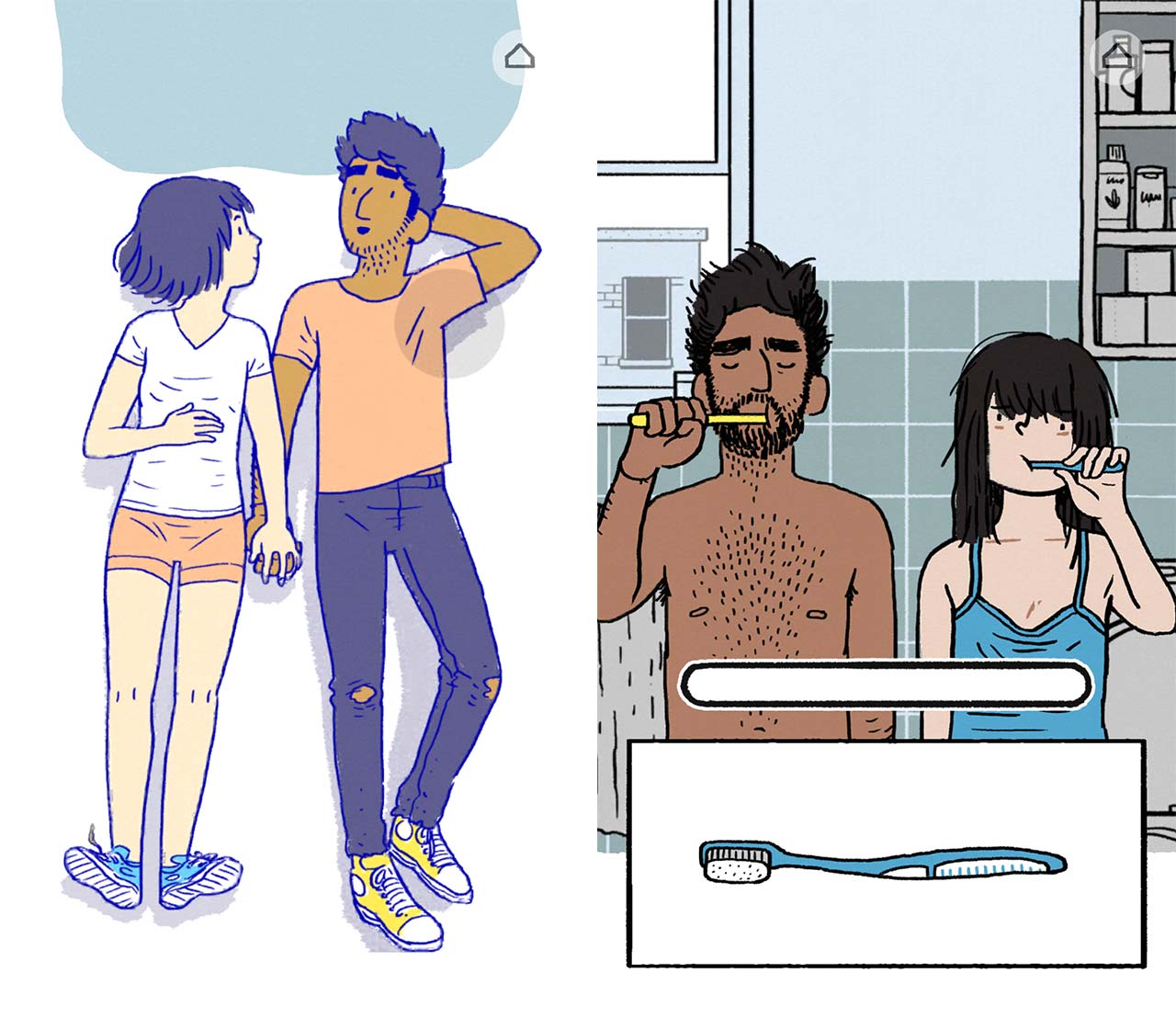 The game opens by showing the mundanity of Florence’s life — struggling to get out of bed, being on a congested commute while apathetically swiping away at social media and monotonously slaving away at her number crunching-heavy job. Throughout all of this, it’s made clear that Florence is lonely, carrying out her days with little in the way of companionship, outside of daily phone calls from her doting mother.

From a gameplay perspective, this is about as dry as you can imagine, with the most basic tap-and-swipe minigames required to progress through the first few chapters. However, this is completely by design; once she meets Krish, the minigames become more lively and interactive. 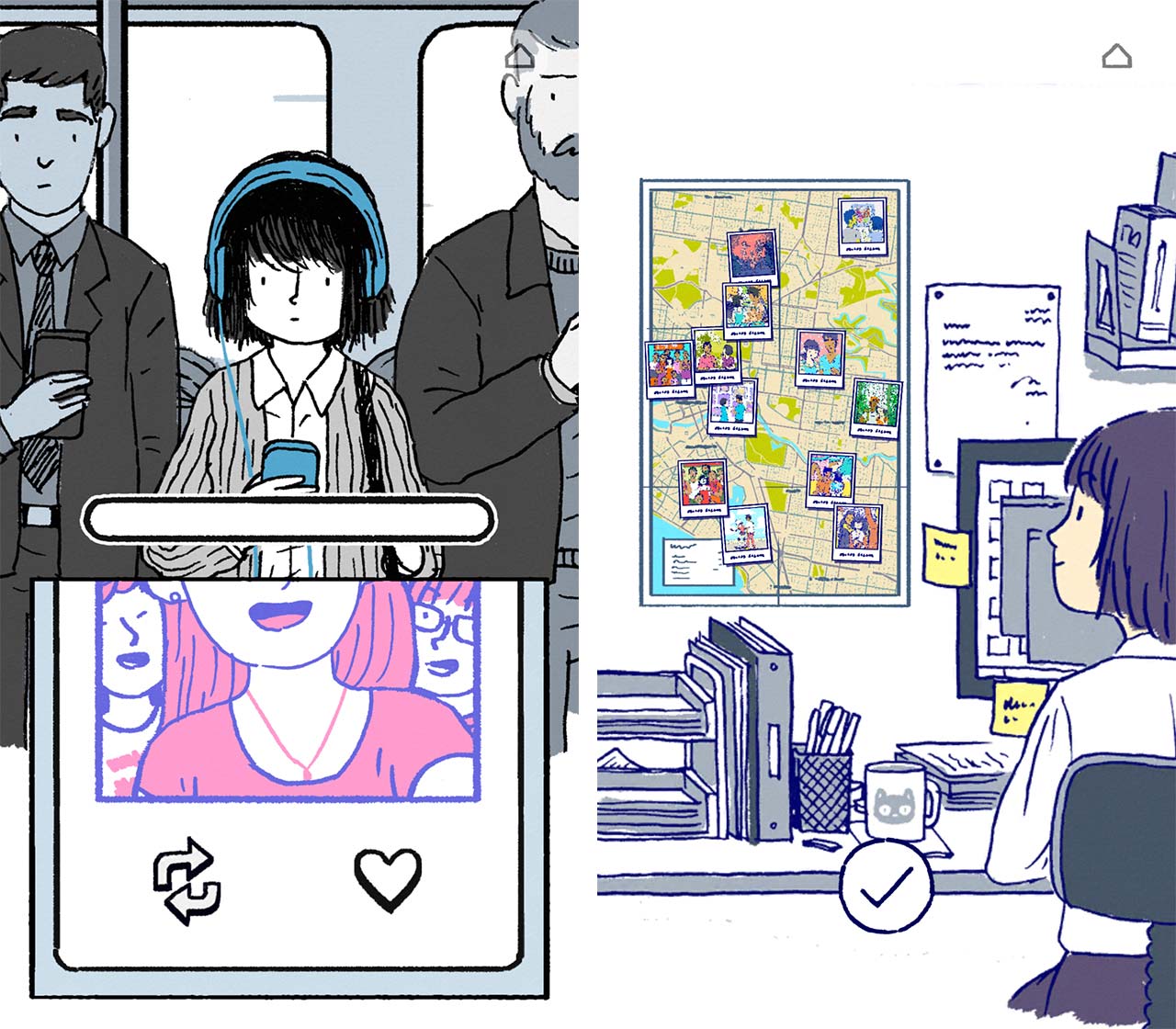 Her morning ritual becomes eminently more lively once Florence has someone to go through it with. An otherwise lengthy commute is made much shorter when she sends loving messages to Krish along the way. Balancing the books at work becomes an automated process, since she has Krish to look forward to seeing later. Now, her days are actually eventful: exploring the city, getting introduced to Krish’s family and culture and being genuinely happy while doing so.

Gameplay and story also go hand-in-hand during conversations between the two characters, which are carried out by arranging a series of wordless jigsaw puzzle-esque word bubbles. At first, Florence has some difficulty in speaking with Krish. Her nervousness in their initial encounters is reflected with more complex word puzzles. However, as they grow closer over the game, these become more easy and relaxing to complete. 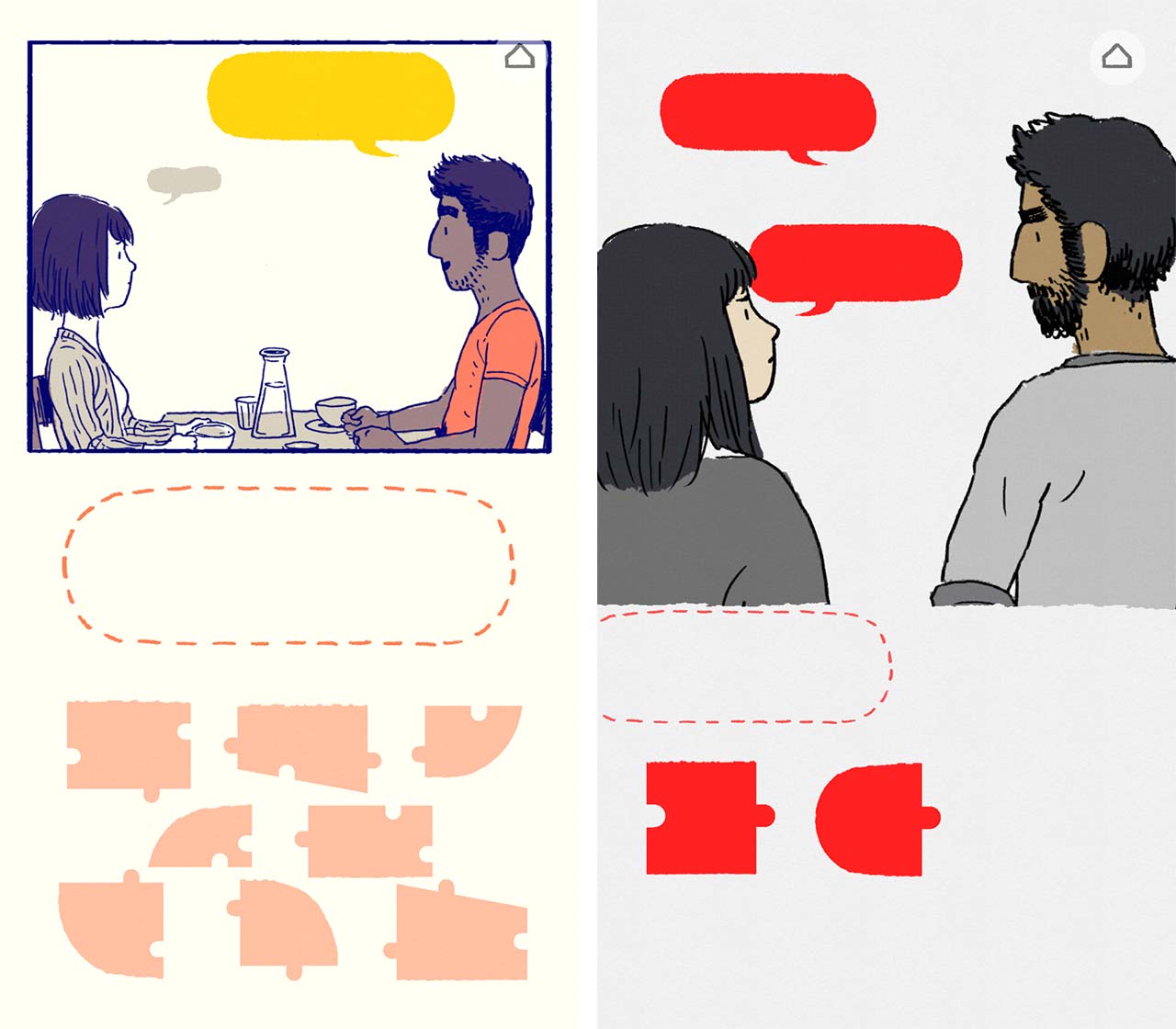 On the other hand, any time they find themselves fighting with one another, the word puzzles become more complicated and are thrown at you at a faster pace — a reflection of the couple’s increasingly heated arguments. This is only one of several initially endearing minigames that Mountains later flip on their heads in heartwrenching ways. Something you may have helped Florence and Krish establish together in one chapter may have to be struck down in a later one, powerfully moving audiences in a way that only games are capable of.

Aesthetically, Florence may come across as basic and lacking in detail, but as with everything else about the game, it’s all about a ‘less is more’ approach. The colour palette, while limited, helps make subtle details like bags under Florence’s eyes pop out more. As well, Mountains has focused on emotive facial expressions, which work wonders in effectively conveying the feelings of the otherwise silent characters. 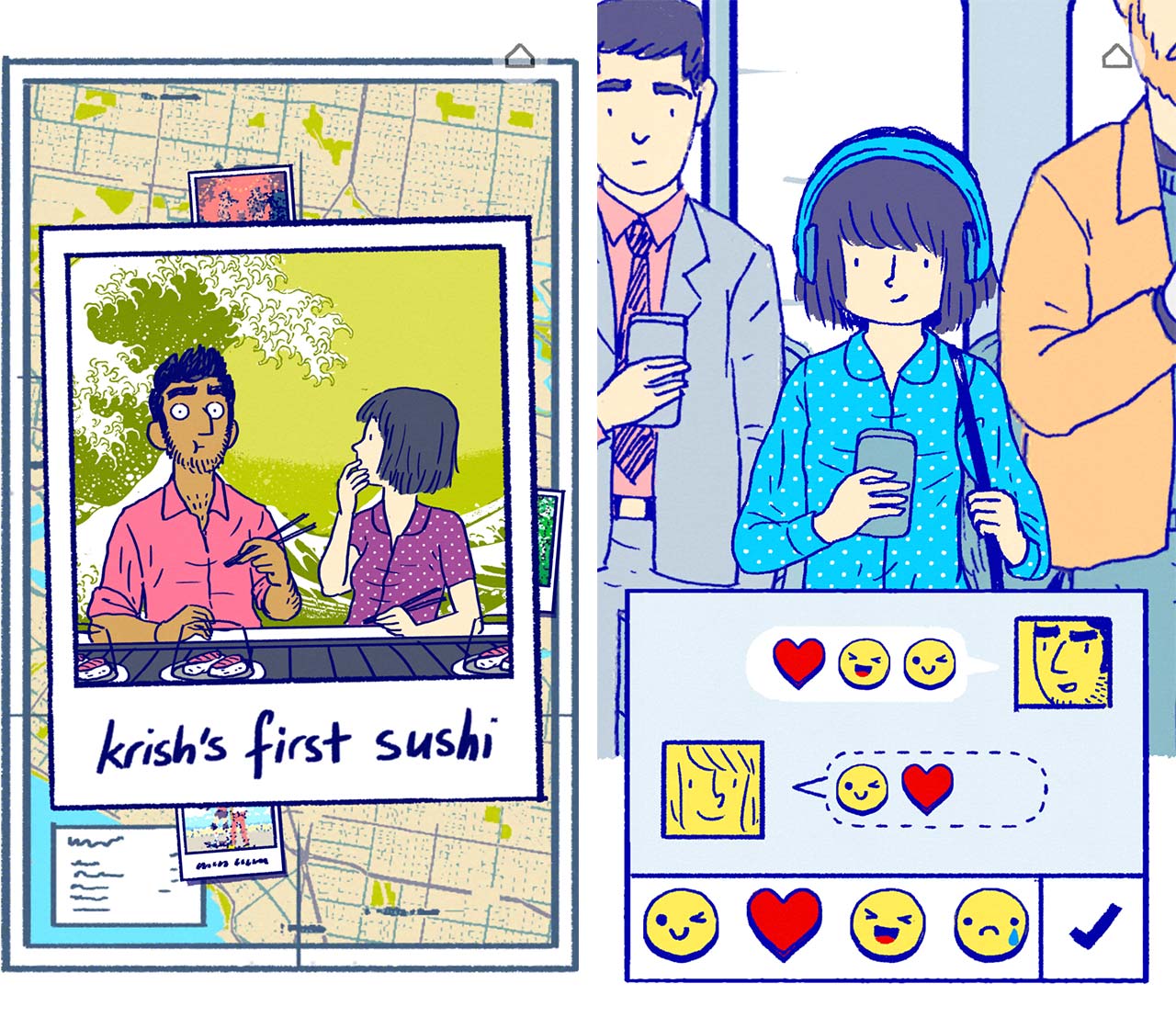 Because there isn’t any dialogue in Florence, a significant part of the game’s emotional resonance comes from composer Kevin Penkin’s fantastic score, which wonderfully conveys the lovely and uplifting moments, as well as the sorrowful ones.

Florence may be a short game, taking only about 40 or so minutes to complete. But an experience should primarily be judged on quality, not quantity, and Florence succeeds in telling a magnificently poignant story despite only sticking around for a brief period of time.

Moreover, Florence demonstrates the significant potential gaming has as an art form. Mountains brilliantly weaves gameplay mechanics and story beats together to tell a love story in a uniquely touching and engaging way that will stick with you for quite some time. Isn’t that what love is all about?

Florence is now available on iOS for $3.99 CAD. Publisher Annapurna Interactive has confirmed the game will also launch on Android on March 14th.