There’s a moment early on in Ustwo’s Monument Valley 2 during which main character Ro is separated from her child. It’s a scene that takes place in the ruins of an ancient temple, and as the ground shifts and the ruins fall apart, Ro and her daughter are split up for the first time.

The experience was agonizing because the game gave no indication whether or not the two would ever be reunited. In the span of two levels — mere minutes of total elapsed gameplay, Ustwo had managed to convince me of the importance of this relationship, while subsequently instilling within me an existential dread about whether or not they’d ever see each other again. 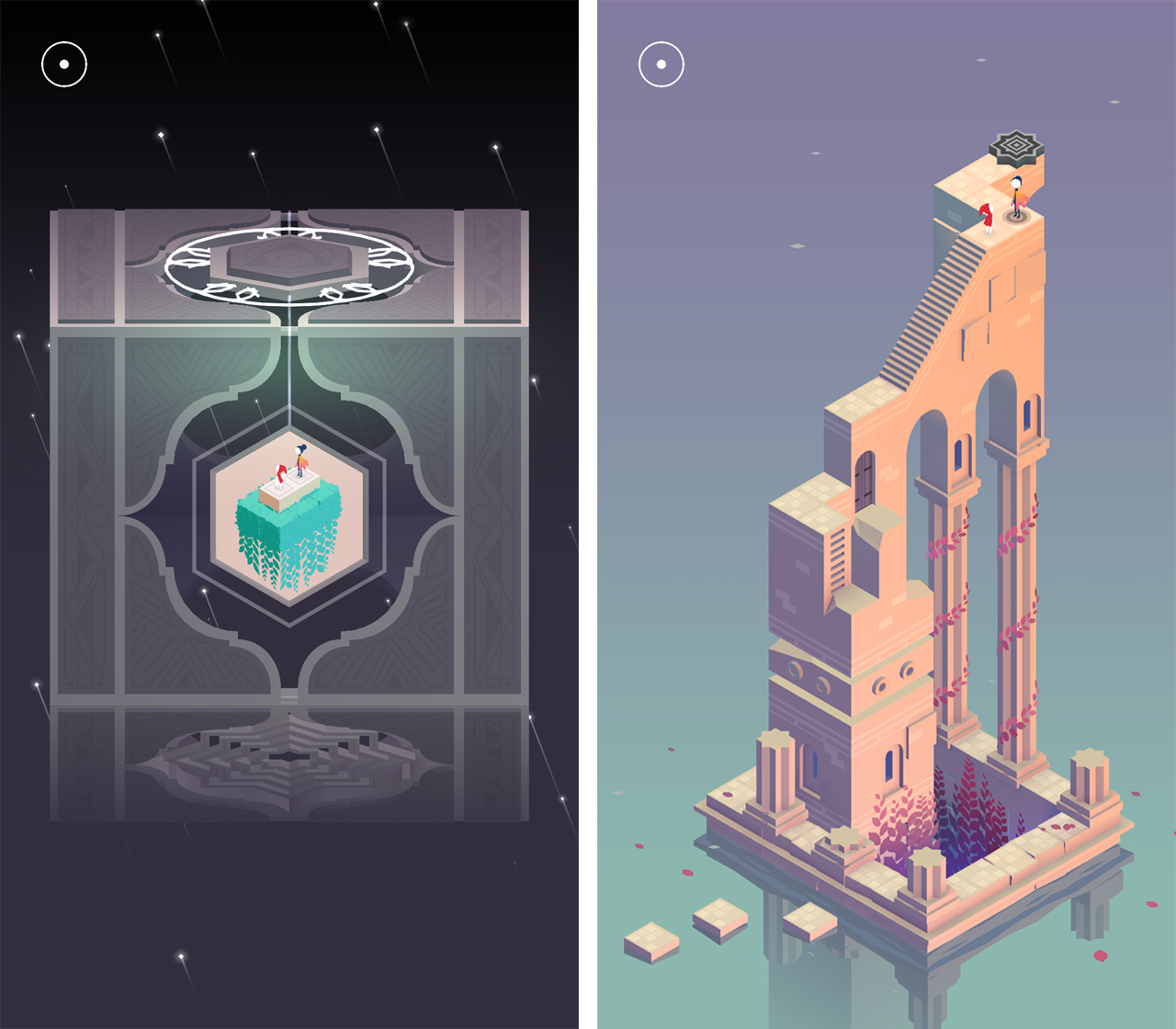 It was within this brief moment that I realized this sequel to 2014’s Monument Valley was not going to be an easy game. Of course, that phrase “easy game” often lends itself to quite a bit of criticism. Easy games aren’t good games, because good games should challenge the player. Easy games require little skill to complete, which takes away from the enjoyment of playing video games — indeed, the enjoyment of playing games in particular. Easy games simply aren’t worth playing.

Still, regardless of the phrase’s signifiers, Monument Valley 2 isn’t a difficult game because its gameplay is particularly challenging. Quite the contrary, there’s a light feeling to this isometric, indie puzzle game that encourages players to keep playing. Even the game’s more difficult isometric puzzles can be solved through the careful application of the tried-and-true method of pausing, recovering one’s composure, and simply turning all of the knobs in any given level to figure out what works. Make no mistake, however, Monument Valley 2 is an arduously difficult game that challenges players on a deeply emotional level. 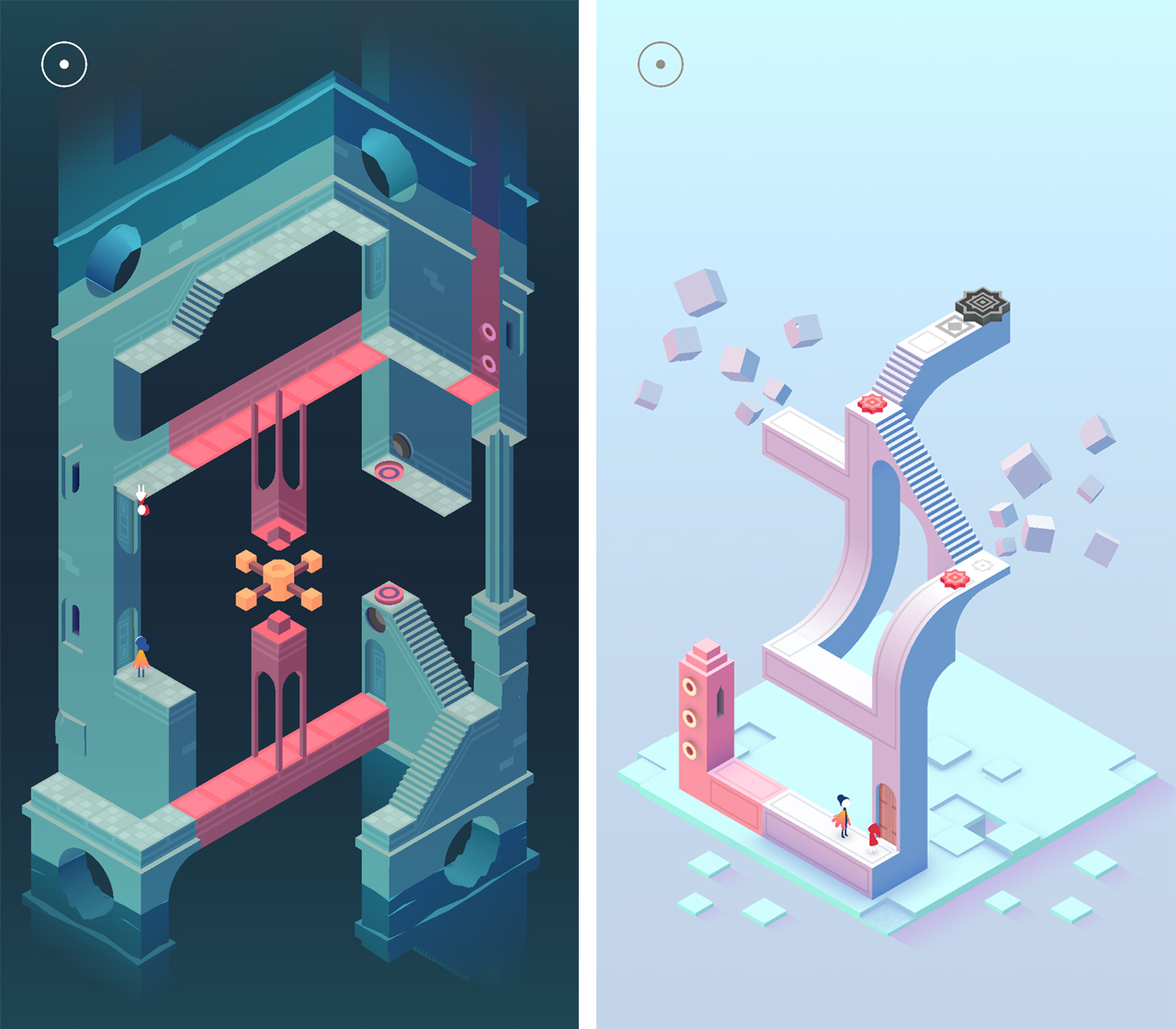 This is a story about the joys — and perils — of growing up, that juxtaposes the joys of exploring the world through the eyes of the child alongside the parental peril of knowing that everything one does is simply training for the day that we’ll need to finally let go. That first separation certainly wasn’t the last, and as Ro and her daughter continue traversing through the puzzle-scape of the eponymous Monument Valley, they’re broken up and reunited countless more times.

Each time, the characters — and, by extension, the player — learn to deal with the separation more easily. At first, one character is left catatonic from detachment, quite literally unable to move. Later on, however, the game’s puzzles demand that both character work together to coordinate a reunion as well as advancing to the game’s next level. The reunions always feel momentous but the feeling of uncertainty — that feeling of not knowing whether or not you’ll see the person you love ever again — lingers throughout every separation. 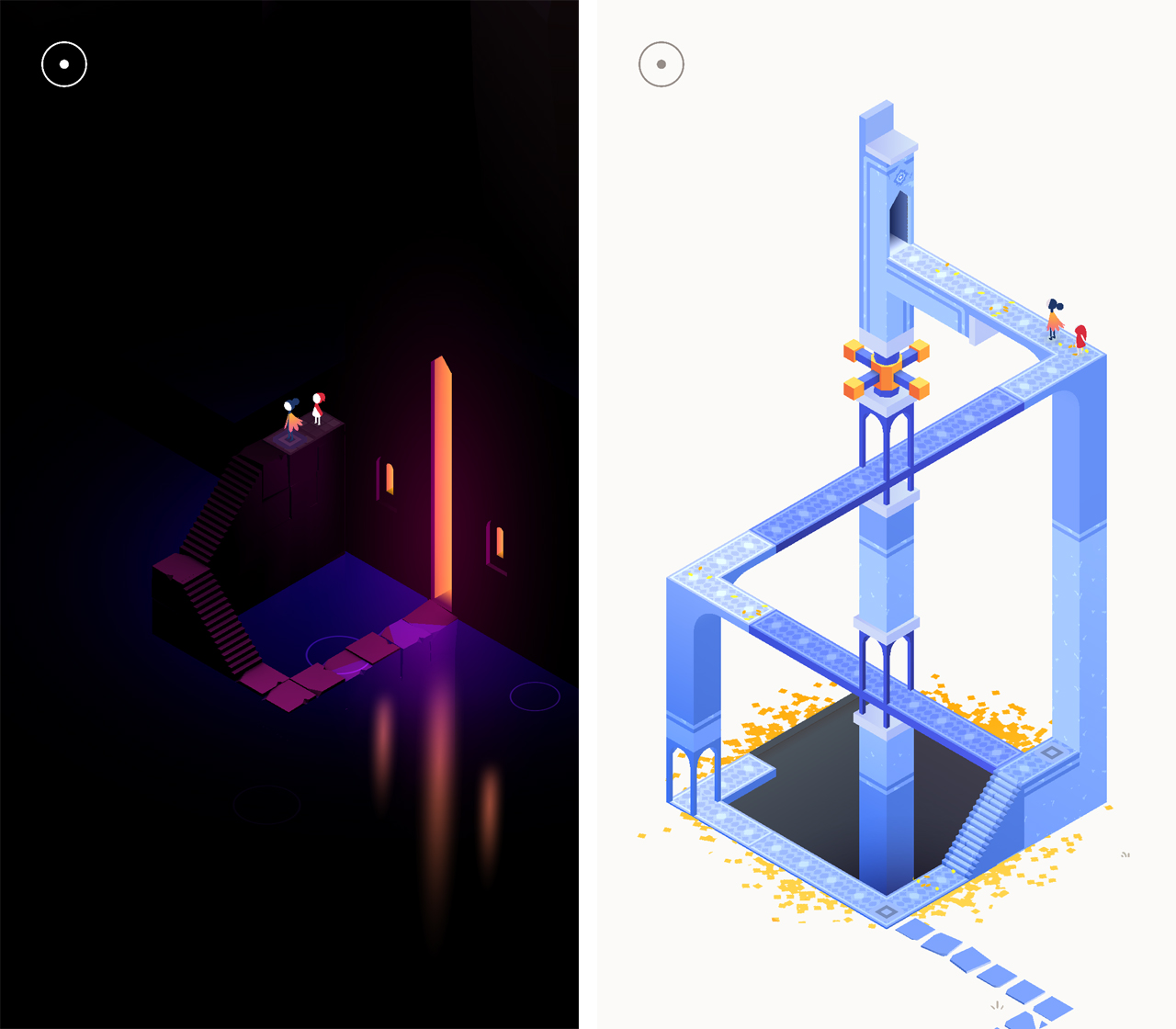 The story is equally aided by the game’s stunning, lush isometric visuals that continue the series tradition of reflecting an M.C. Escher painting. The Valley itself is an impossible landscape, made clear by the seemingly endless Necker cubes and Penrose triangles that make the game’s various levels.

Furthermore, an ethereal, resonant soundtrack helps maintain a sense of calm and serenity, so that even those players frustrated by the game’s steady difficult curve will be able to fixate on something soothing.

In short, Ustwo have built a worthy successor to their 2014 hit, and Monument Valley 2 is yet another mobile game that pushes the medium forward.

Monument Valley 2 is available on Android and iOS for $6.99 CAD.

Mobile game Monument Valley 2 made $10.4 million in its first year