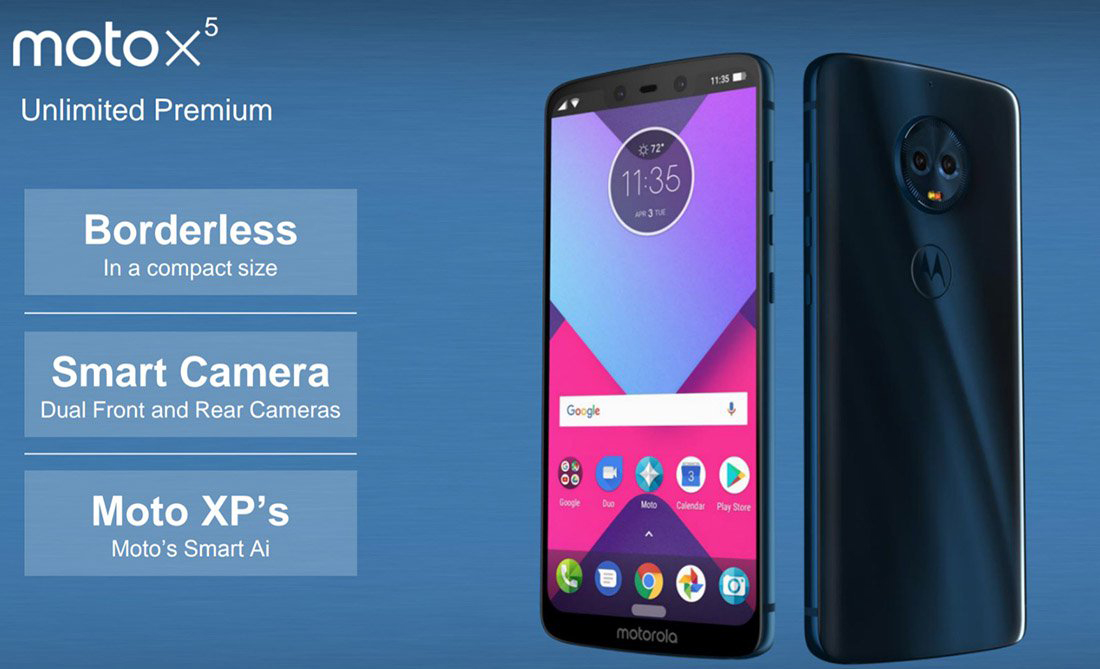 Chief among the leaks is an image of Motorola’s mid to high-end Moto X5.

The image shows a phone that features a 5.9-inch display with 18:9 aspect ratio. Additionally, if you look carefully, it appears the Moto X5 features an iPhone X-style notch, which the display extending to the top corners of the screen and surrounding the device’s front-facing cameras.

Based on the image, it doesn’t look like the X5 features a fingerprint sensor. It’s possible the X5 hosts an in-display fingerprint sensor — similar to the recent prototype smartphone Vivo showed off at CES — or within the M logo on the rear, just like the rumoured E5. It’s also possible Motorola has developed its own facial recognition solution akin to Apple’s Face ID. 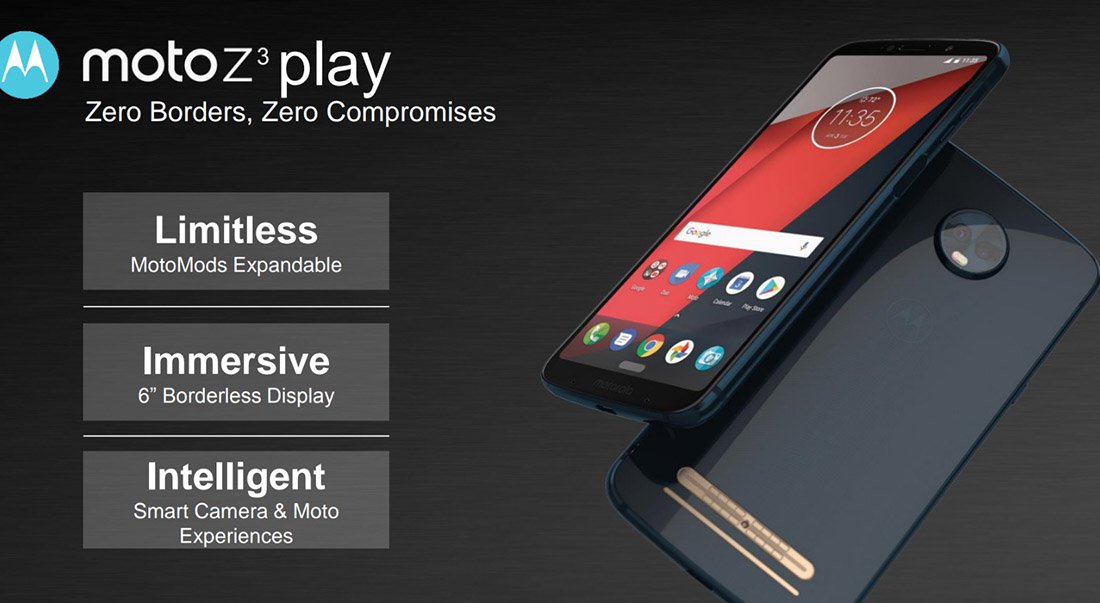 The leaked image showing the phone also indicates that the X5 includes a feature called “Smart Ai”. It’s currently unclear, however, what this features does. Further, the X5 features a dual camera setup on both the rear and the front of the device.

It looks as the Moto Z lineup is also continuing this year, according to a separate leak from DroidLife.

The Z3 and Z3 Play leak suggests the device features a curved 6.0-inch borderless display, but without the iPhone X-like display notch. The device will also continue to support Moto Mods — modular accessories that attach onto the rear of the phone.

DroidLife even suggests that the new Moto Z will bring a 5G Moto Mod that increases wireless network speed.

The Moto Z3 features a Snapdragon 845 system on a chip, according to the leak.

Motorola unveiled the Moto X4 last year at IFA on August 31st. It’s possible Motorola will announce the X5 at this year’s IFA conference. The X4 didn’t come to Canada last year, so it’ll remain unclear if Canada will see the X5.

Motorola also announced the Moto Z2 Play this past June, and it’s possible Lenovo will announce the Moto Z3 and Z3 Play in June 2018.