From a consumer standpoint, Synaptic’s sensor works almost exactly like its traditional counterparts — the user simply touches the sensor and it unlocks the device. However, an early report from The Verge says the tech has a slight lag compared to the lightning fast sensors we’ve become used to with modern smartphones. 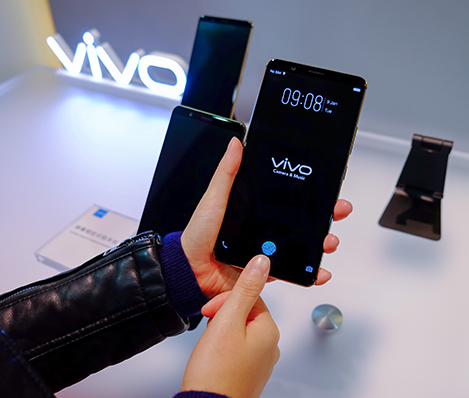 On a more technical level, Synaptic’s optical sensor tech works by scanning your fingerprint through the gaps between pixels in an OLED display. By comparison, Qualcomm’s in-display fingerprint sensor is based on ultrasound technology.

Vivo’s as-yet-unnamed device containing the in-display fingerprint sensor features a 6-inch display and minimal bezels, a picture of futuristic minimalism. This aesthetic is already a major trend for the leading smartphone manufacturers, with Apple and Samsung rumoured to be racing towards revealing their own devices with in-display sensors.

Who will make it there first and with what tech? Only time will tell, but as a staunch supporter of the front-facing fingerprint sensor, I couldn’t be more pleased with this development.