After launching earlier this year in the United States, Google is bringing ‘Photo Books,’ its physical, real-world photo album creation service, to Canada.

The process of creating a digital photo book in 2017 isn’t exactly easy or quick, given that the images first need to be physically printed out and then placed in specially crafted photography books — unless you use a complicated digital layout program.

This is something Photo Books aims to solve, says Google, allowing users to select from an array of photos they’ve snapped across various devices and accounts that have been uploaded to Google’s image storing ‘Photos’ platform. These digital images can then be used to create a real-world Photo Book. 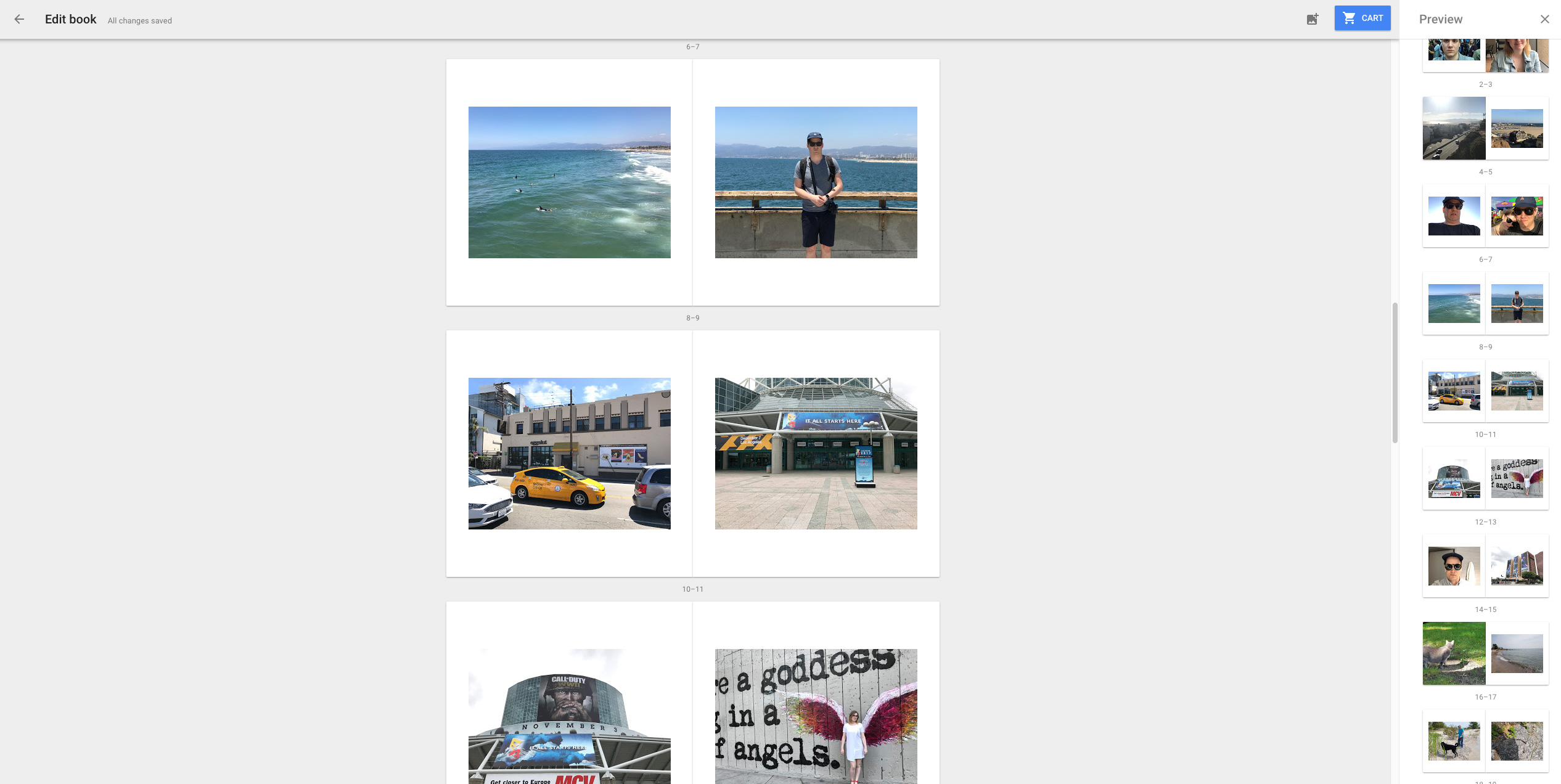 In fact, Google is launching new, pre-created Photo Book sets that utilize machine learning to select the best photos in specific categories, ranging from friends, to family, and even pets — making the already relatively simple process even quicker.

“There’s something very valuable — there’s something very communal to having a printed book that you can sit around and have a bunch of people look at and tell your story,” said Canadian Aravind Krishnaswamy, Google’s director of Google Photos, in a recent interview with MobileSyrup.

The platform also gives users the option to select a specific person they want featured in their Photo Book, with the app then filtering out that family member or friend, removing duplicates and poor quality images in the process — though you can also opt to include sentimental low-resolution images if you want (they just won’t look that great when printed).

“It’s the idea of applying machine intelligence to this thing that would otherwise be difficult,” said Krishnaswamy.

Though a step backwards in some sense given the modern world’s emphasis on digital images and media, Krishnaswamy says that Photo Books taps into a dormant longing for storytelling related to physical real-world objects. In fact, he even mentions that those who perhaps haven’t grown up with the concept of printed images, have also taken an interest in Photo Books, using his young children as an example.

“I actually don’t think that it’s a step backwards. The way that we look at it; this is really giving people another way to tell stories,” said Kirshnaswamy, when asked how he would respond to people who see no purpose in Photo Books.

Given that Google’s Photo Books make sense in the context of a last minute gift, the company has made an effort to ensure printing is speedy, coming in at just two business days.

“The number of times where I’ve taken my phone and put it down and sat around with a bunch of other people and talked about it — it just feels weird. So I don’t really do that,” said Kirshnaswamy.

“I think there is a bit of a pent up demand for this. If you think about it, the last 10 years as we move to more and more photography on phones, this kind of sharing hasn’t happened as much. I think there’s demand for this experience.”

It’s worth noting that squeezing more photos per page is a tedious and often frustrating process, though depending on the type of story you’re trying to tell with your Photo Book, is a necessary process.

Google’s Photo Book feature is rolling out next week English and French on the web and is set to launch on Android and iOS in the near future. The 7-inch 20-page softcover book is priced at $17.99, with the 9-inch hardcover book version costing $27.99. Additional pages for the softcover Photo Book are priced at $0.79, while the extra hard cover pages are priced at $0.99, with a limit of 100 pages (shipping also sometimes comes in at $0 depending on your location).

Photo Book is only available in the United States and Canada.