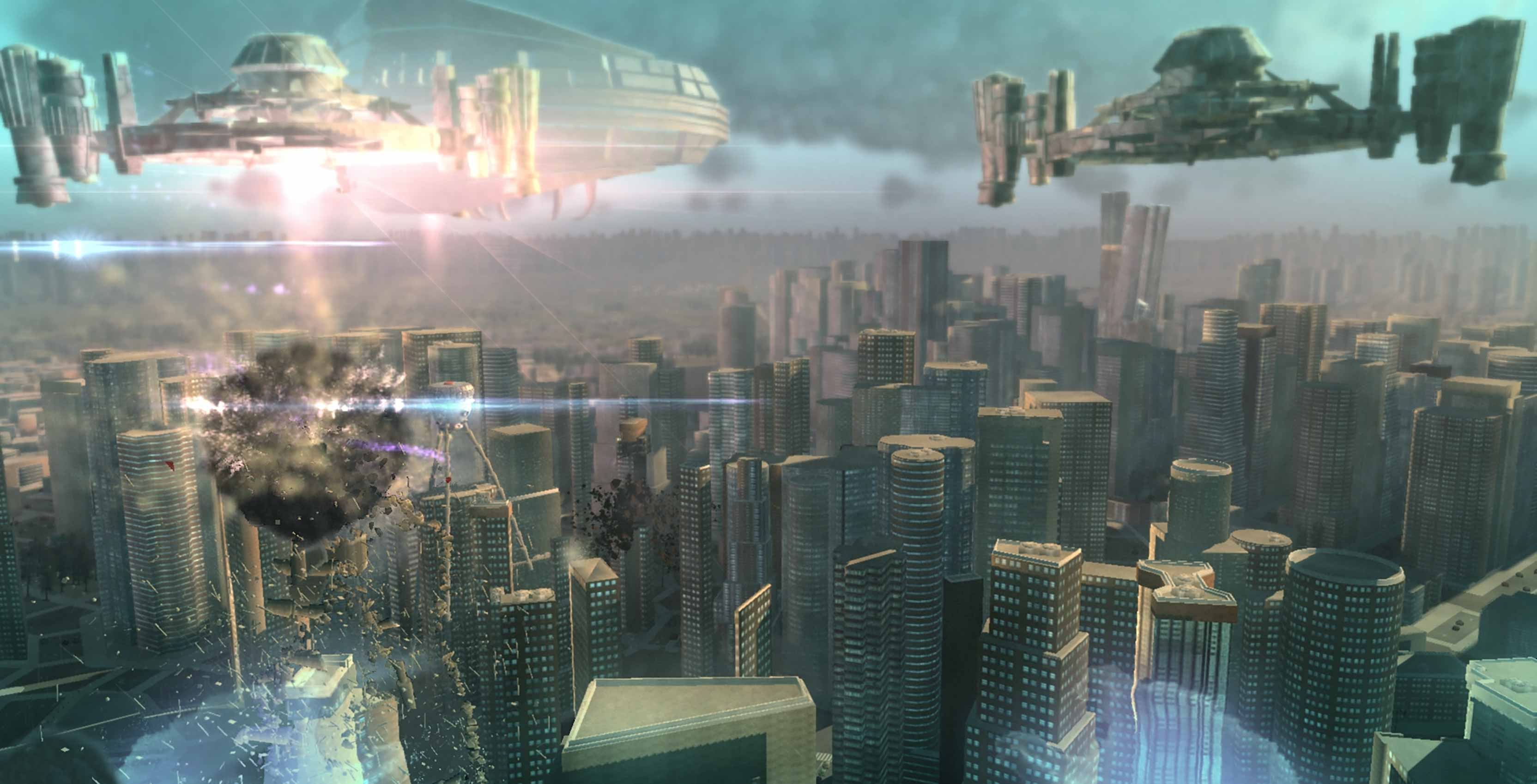 Superman doesn’t have a great history with video games.

Between the likes of abysmal Superman 64 and the underwhelming 2006 Superman Returns movie tie-in, the iconic DC superhero seems to mix with games about as well as he would with a piece of Kryptonite.

It’s not really surprising, then, that the best ‘Superman’ game ever made doesn’t, in fact, feature the Man of Steel at all.

Developed by Madrid, Spain-based indie studio Pentadimensional Games, Megaton Rainfall for the PS4 (with full support for the PlayStation VR) places you in the role of an unnamed alien who is tasked by his father to save the people of Earth from invading otherworldly forces.

Using the DualShock 4 controller, you’ll fly around in all directions, with your line of sight managed by physically of the PS VR headset. The right analogue stick also allows for incremental degree turns to make the camera rotation feel smoother. Tapping R2 will shoot off a small burst of energy that can be used to take out flying enemy ships.

The scale of the game is simply breathtaking; starting at the bottom of the sea, you can seamlessly and swiftly rise to land, skies and even space itself. The game expertly captures the sensation of being a superhero soaring through the air. Perhaps most impressively, all of this aerial gameplay is handled so well that I didn’t once feel nauseous and uneasy, even when you’re reaching speeds of up to mach 10 in mere seconds. All of this is done at a silky smooth 60fps to boot.

The world is beautifully rendered, too, featuring surprisingly little of the texture “muddying” that games go through in VR. If you have a PlayStation 4 Pro, you can also take advantage of enhanced 3840 x 2160 resolution.

Regardless of which version of the PS4 you use, though, the tech powering Megaton Rainfall is still truly impressive. Besides the fact that development on the game began with only one person (and slowly expanded to include a few others), Pentadimensional Games has managed to create a world with entirely procedurally generated, destructible buildings.

Besides the shared “alien saviour inspired by his father” bit, the large motherships that descend into the city are also rather reminiscent of the Metropolis-destroying World Engine used by General Zod’s forces in Man of Steel.

The game also borrows a key concept from Superman Returns — because you’re invincible, it’s the city instead that has a health bar. The challenge, then, comes from the constant sense of urgency i destroying the incoming alien ships before they cause too much damage. Indeed, the city’s vulnerability warrants a level of precision and care, as a misplaced shot or two may inadvertently lead to an entire block being destroyed. The game is clearly in many ways heavily inspired by Superman, and it’s all the better for it.

As you progress, different enemy types such as ‘morphers’ will be introduced, who can shapeshift to appear like buildings, forcing you to carefully scan the urban terrain to find them. You’ll also unlock other extraterrestial abilities, such as telekinesis to stop incoming grenades and a more powerful gigaton blast. Later in the game, you’ll even be able to fly further into space and reach the sun.

All in all, Megaton Rainfall features one of the most technically impressive and thrilling experiences I’ve had in VR. The incredible feeling of blasting through the clouds and racing to save an endangered city is a feeling few games have ever been able to truly offer. This is not only the greatest “Superman” game ever made, but also one of the best VR titles to date.

Megaton Rainfall is now available to download on the PlayStation Store for $21.49 CAD, with a release on Steam at a later date.