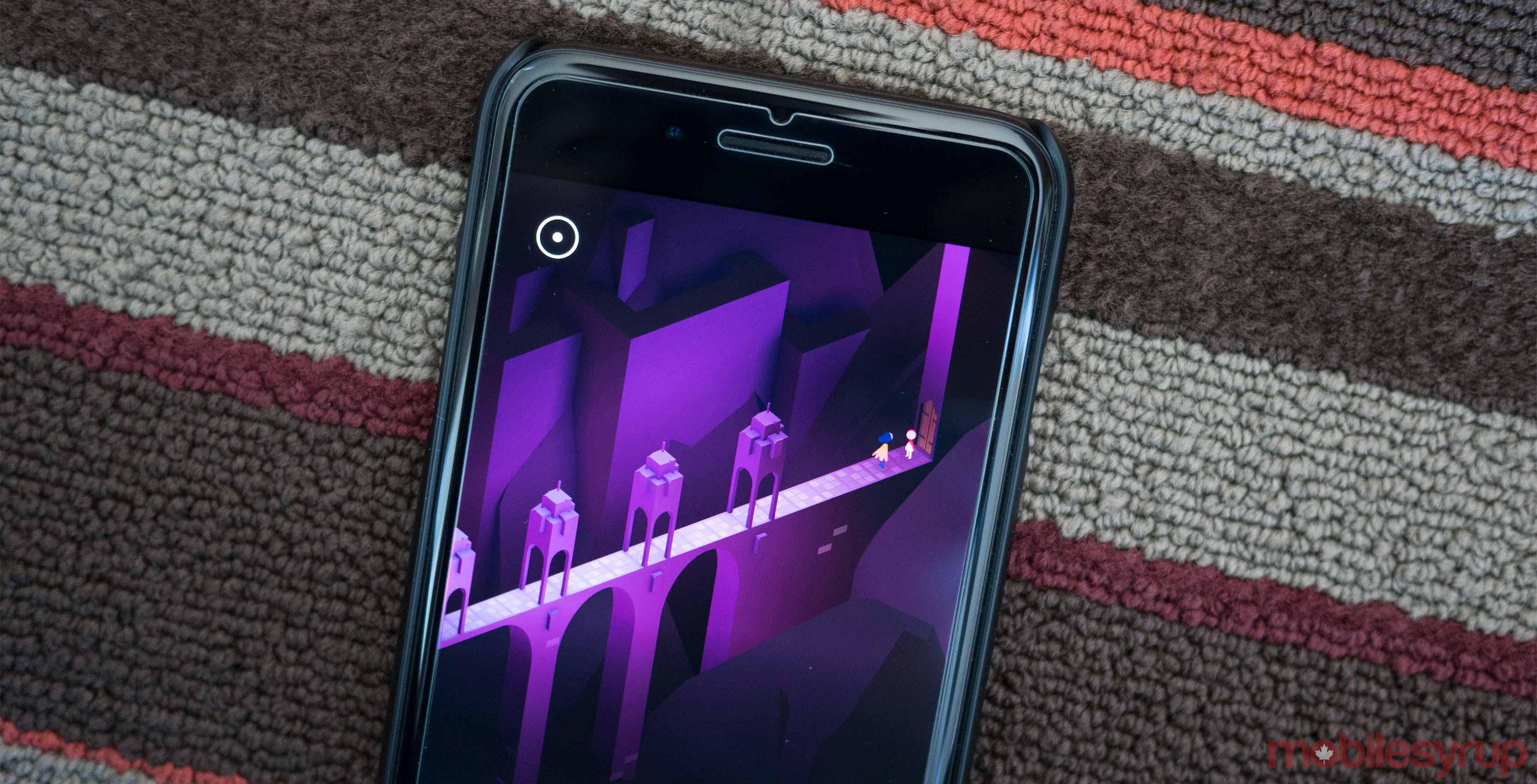 Roughly three years after its launch and following the release of a minuscule but still entertaining level pack, Monument Valley is finally getting a sequel — and it’s available on iPhone and iPad right now (an Android version is coming soon).

The clever isometric puzzle title was originally released back in 2014, skyrocketing in popularity and eventually ushering in an era of mobile titles that featured minimalist visuals. In total, the game has been downloaded more than 30 million times and has even been featured briefly in an episode of Netflix’s House of Cards, resulting in another surge in sales.

The sequel stars new characters, a mother named Ro and her daughter, but still retains the colourful architecture that made the originally game’s aesthetic so compelling. The core mechanic of turning each stage’s perspective in order to reach a specific point of the map is back as well, though with the added twist of controlling two characters. That familiar feeling of, “Oh, so that’s how it works,” when you finally solve a puzzle, remains as well.

“One of the things that we settled on really quickly was the two character mechanic and then multiple variations of what that could be and how we develop it over the story, and how we adapt it to gameplay. So that cast a whole new light on a lot of the pre-existing things,” said Adrienne Law, Monument Valley 2’s producer during an interview at Apple’s WWDC 2017. Dan Gray, the head of Ustwo Games, had similar thoughts about the game, explaining that striking this balance is often difficult to do and an obstacle he’s encountered in the past.

“I’ve worked on games where you try to soar to be completely different the second time. So what you end up doing is taking the existing mechanics and laying things over top of them, which then basically obfuscates the appearance for anyone trying it for the first time,” said Gray.

For Monument Valley 2, Ustwo Games expanded to a team of over 20 people from the eight that worked on the original game.

The game’s story involves the relationship between a child and their mother and how that connection grows and evolves over time. “When you’re a kid, you follow your mother around everywhere; you don’t really leave their side and when you’re left alone you feel quite afraid. When you start to get older, maybe you get a bit rebellious and you’re trusted for the first time to do things on your own,” said Gray.

Gray explains that eventually the child and the parent have to let each other go of one another because the child needs to learn to be independent and become an adult. Then, eventually later in life, you start to see more parity between your life and your parents.

“The challenge for us was trying to tell a lifetime’s worse of events in two hours without using much text,” said Gray. Ustwo’s primary task was to establish this relationship via the story and then create the core mechanics with the initial mother-child focus in mind. 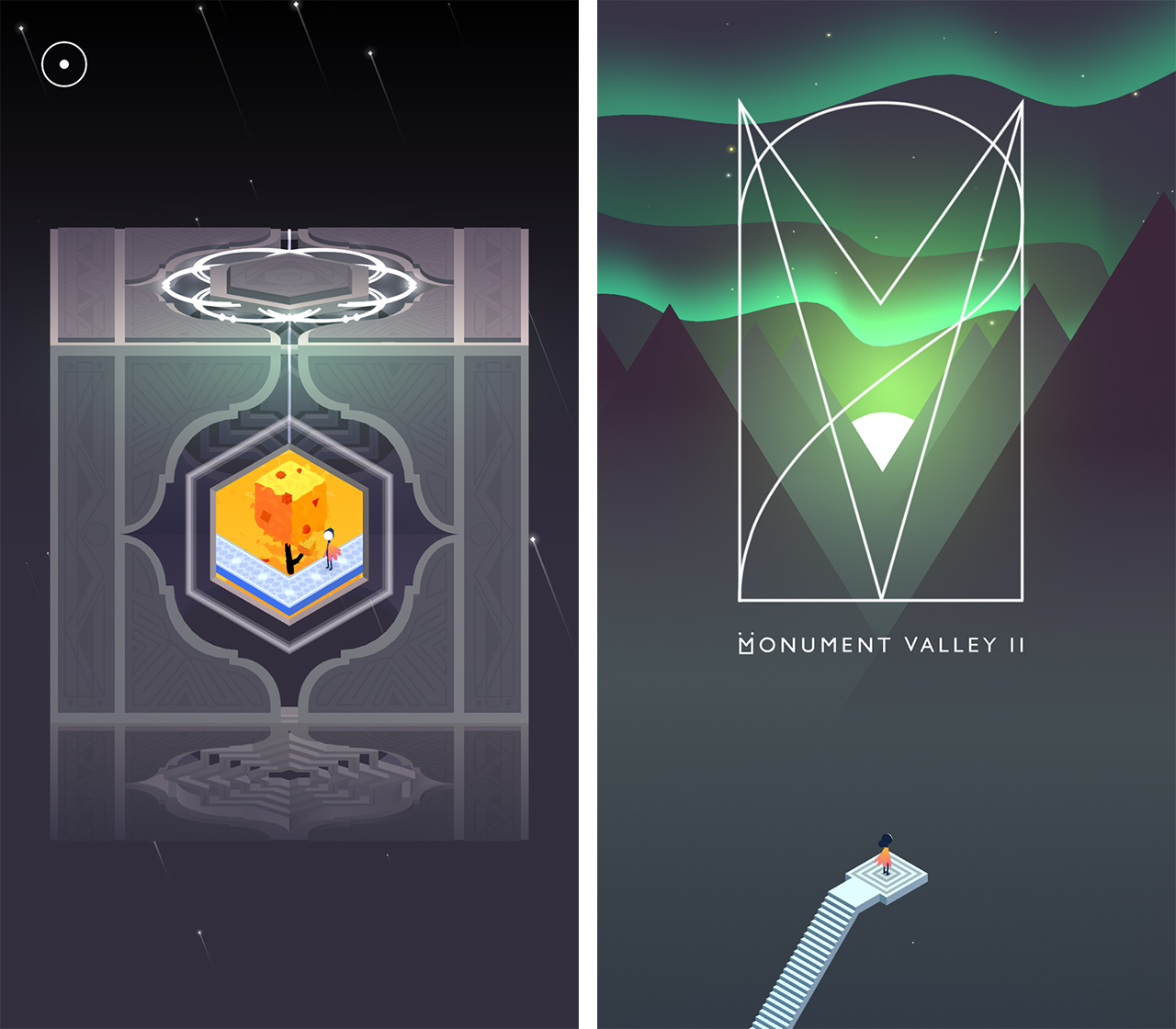 Coming off the success of the original Monument Valley, many thought Ustwo would move directly to creating a sequel to the critically acclaimed mobile game. Instead, the studio delved into the burgeoning VR space and work on something completely different with Land’s End, one of the Gear VR’s first impressive titles.

“I believe you only make great things when people are emotionally engaged to create them… I’m 100 percent confident that if we just started development straight off the back of forgotten shores, we would be looking at a much worse game,” said Gray.

Gray also doesn’t rule out working on a VR title in the future, stating that it’s something he hopes the studio will jump back into at some point. The idea of creating something that’s approachable for everyone, whether it’s Land’s End’s innovative look controls, or delving into augmented reality development with Apple’s ARKit, Gray says he finds burgeoning technology exciting.

“We’re going to go back to prototyping in the summer. I think it’ll be really interesting to see what we can do. We’ve already been asked multiple times today if we would make a Monument Valley level that’s playable on a table [in augmented reality]. People are like ‘why don’t you guys just do that, you can line up the platforms and such.'”

Gray explains that the biggest barrier for Ustwo, as well as other developers when it comes to VR and AR, is how you get the technology into the hands of the masses. 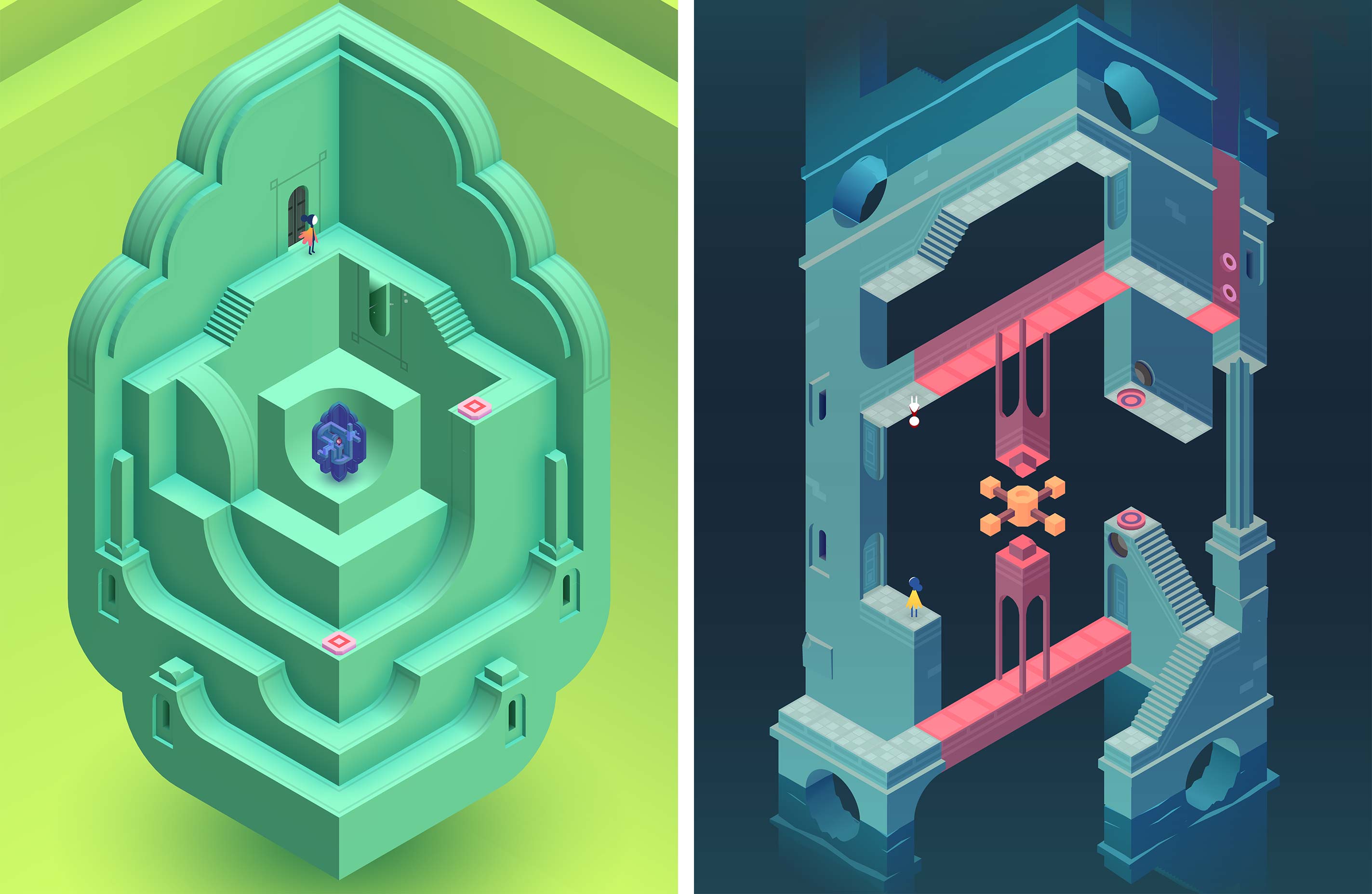 “It’s just like: great, so how many iPhones are there. How easy is it to integrate? Great. Now we can think about doing it for once.”

After Monument Valley’s release and surge in popularity, and before the studio started developing Land’s End, Ustwo was asked to create a VR version of its hit mobile game, but Gray says this was a terrible idea because the game’s mechanics aren’t suited to the platform.

“We need to treat each platform and each technology with respect, to say what is the best experience with the technology. Not to shoehorn a game I already have onto something else. If we were to make an AR game it would probably be a brand new game tailored to the benefits,” said Gray.

With Monument Valley 2, however, Ustwo has successfully recaptured the calming magic of the original title, yet still found a way to build on the game’s foundation, adding new features that make sense within the series — something that often causes many sequels to fail to live up to their predecessor’s.

Monument Valley is available on iPhone and iPad for $6.99 CAD with an Android version planned for release at some point in the near future.