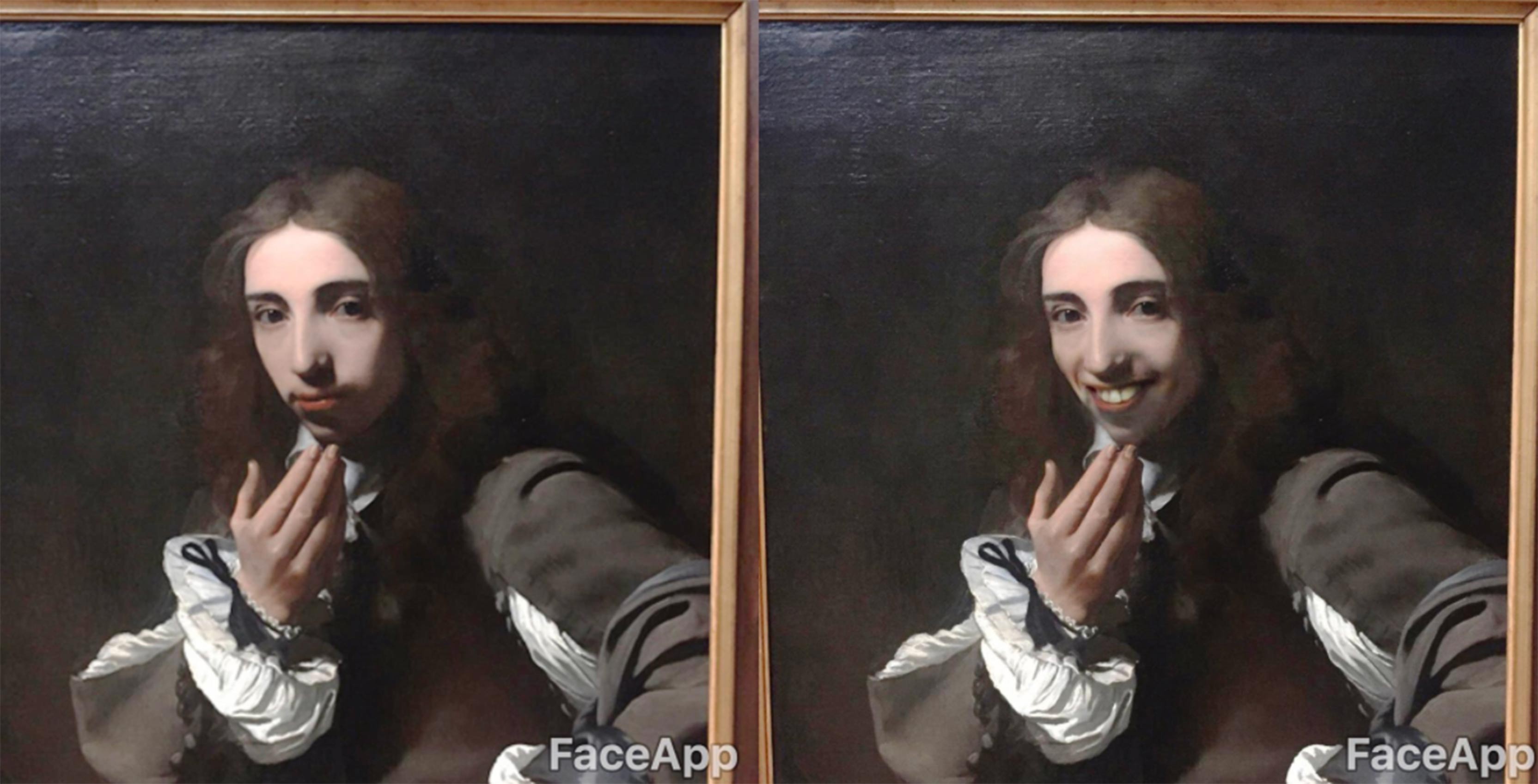 The popular app iOS and Android app allows users to take a picture of their face and transform it using advanced image editing algorithms.

Adding a smile to a neutral face is just one of FaceApp’s parlor tricks, the app can also age a face beyond recognition and even perform a gender swap. Predictably, the resulting images often skew toward nightmare fuel, but more often than not, the app is a lot of fun to use.

Went to a museum armed with Face App to brighten up a lot of the sombre looks on the paintings and sculptures. The results… pic.twitter.com/N0zYGAFgKW

It turns out, however, the app is at its best when used on a painting or piece of sculpture.

On his girlfriend’s suggestion, Olly Gibbs, a London-based digital and print designer, visited the Rijksmuseum in Amsterdam. The gallery, one of the world’s most prestigious, is famous for its paintings by the Dutch Masters. Its collection includes masterpieces by Renaissance and Baroque painters like Jan van Eyck and Rembrandt.

I hear your calls for more #MuseumFaceApp art! Again all from the brilliant @rijksmuseum… pic.twitter.com/xXHNTu86eW

What’s notable about paintings from the two periods is that, almost without exception, every individual wears an expression that’s either somber or stoic. Smilies, especially in portraits, are rare. So Gibbs decided to use FaceApp to brighten up the paintings

Not only do the transformations look realistic, in many cases, it’s hard not to smile at the resulting pictures. Gibbs’ initial tweet has been retweeted more than 10,000 times. In fact, even the Rijksmuseum found the pictures charming.

@ollyog So funny to see our familiar faces smiling!

This isn’t the first time one of the designer’s hijinks has caught the imagination of the internet. Ahead of the release of Star Wars: The Force Awakens, Gibbs famously parodied the movie’s iconic poster, creating a replica that replaced almost of the characters with the franchise’s most controversial figure, Jar Jar Binks.

FaceApp lets you gender swap, get older and turn your skin white [App of the Week]