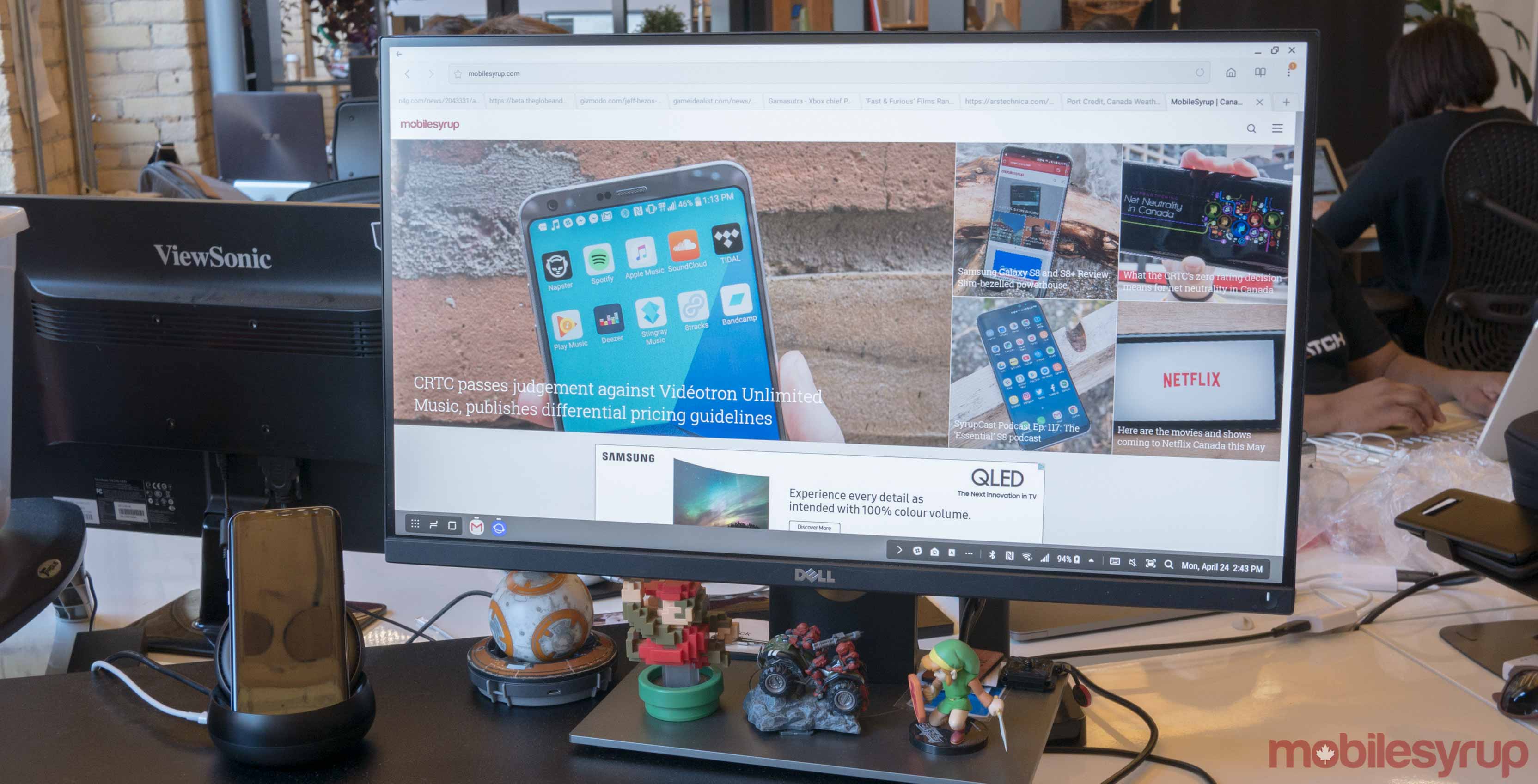 Over the course of the last decade, many companies have tried to make the smartphone-to-desktop dream a reality with varying degrees of success.

Microsoft, for example, launched Continuum alongside the Lumia 950 to considerable fanfare a few years ago, though most users felt limited by its less feature-rich version of Windows. Looking even further back, Motorola also attempted a similar Android-based solution with the ill-fated Motoblur. Even Samsung has dabbled in the space before with Galaxy S4 and Note 2 mobile docks, though these devices just mirrored Android’s standard user interface on a larger screen. 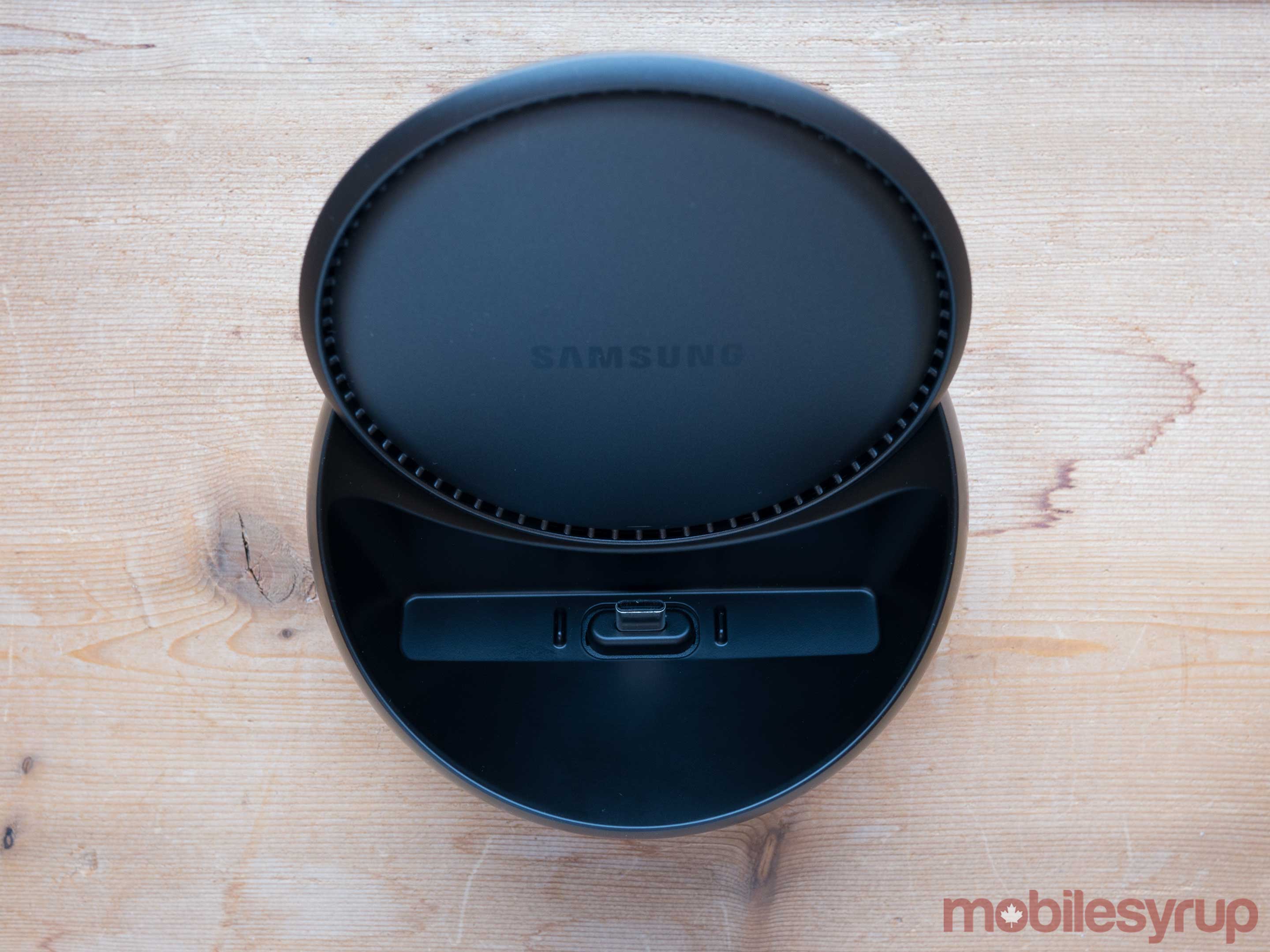 Now Samsung’s Galaxy S8 and S8+, coupled with Qualcomm’s ultra-powerful Snapdragon 835 processor, are taking a stab at joining desktop and mobile into one universal platform.

The Galaxy S8 and S8+ are already great smartphones, but Samsung’s DeX dock, a somewhat lesser-known accessory that allows the smartphone into a desktop-like device, has the potential to eventually evolve into one of its most compelling features. 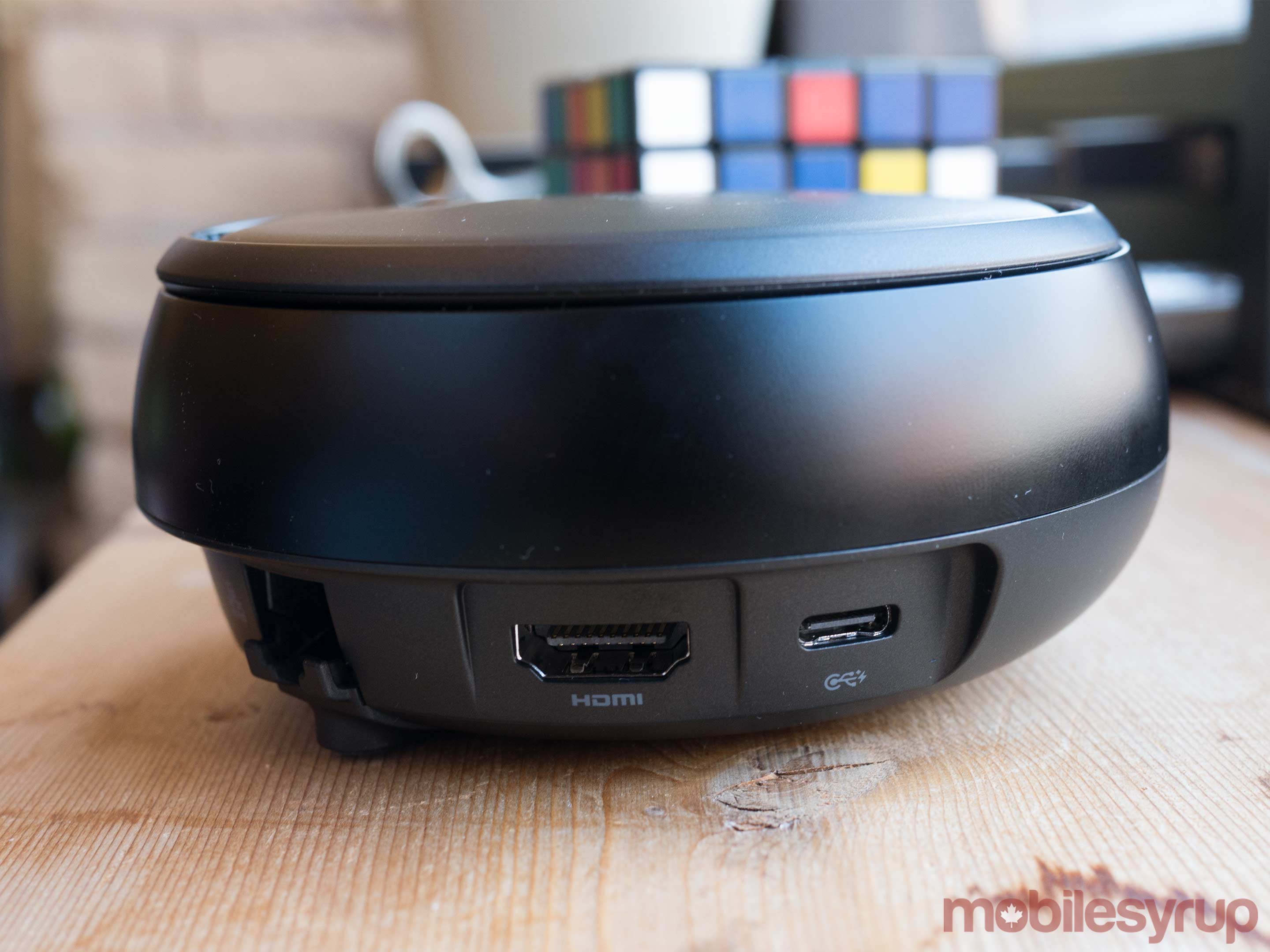 The dock itself can be plugged into any HDMI compatible monitor and connects to USB or Bluetooth-enabled (as long as it includes a Bluetooth dongle) or standard USB mouse or keyboard. Strangely, DeX does not include an HDMI cable or power cord, instead relying on the Galaxy S8’s USB-C cable and the owner to provide the HDMI cable. In total, DeX features two USB 2.0 ports, an ethernet port and a USB-C port for power.

Samsung also says that while the S8 is connected to DeX, the device is protected by the company’s Knox security platform, which means that no data is transferred between the smartphone and the company’s new desktop-friendly version of Android. 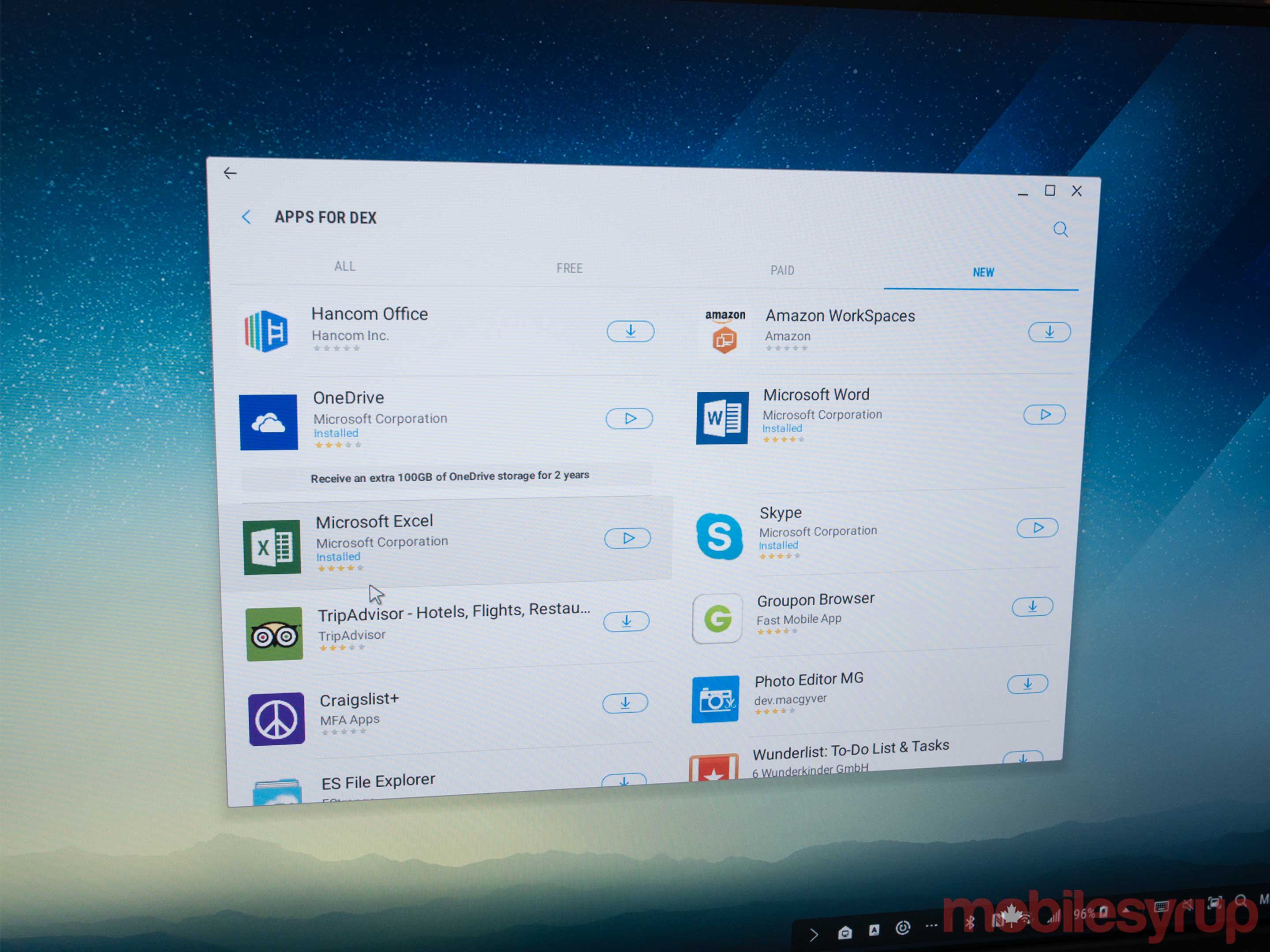 In some ways, using DeX reminds me of the Nintendo Switch, mostly due to its plug-and-play nature. Similar to Nintendo’s console, as soon as you drop the S8 on the dock, DeX instantly activates, switching to a Windows or macOS-like desktop user interface. Unlike the Switch, however, some apps close when DeX is removed from the dock. While a minor issue, this is something I hope Samsung fixes in the future.

On a basic level, those that are familiar with desktop browser staples such as re-sizable windows and contextual menus, will feel right at home with DeX. Samsung has completely redesigned Android’s UI to be optimized for use with a keyboard and mouse, a task that likely wasn’t easy given the operating system’s inherent focus on touchscreen devices. 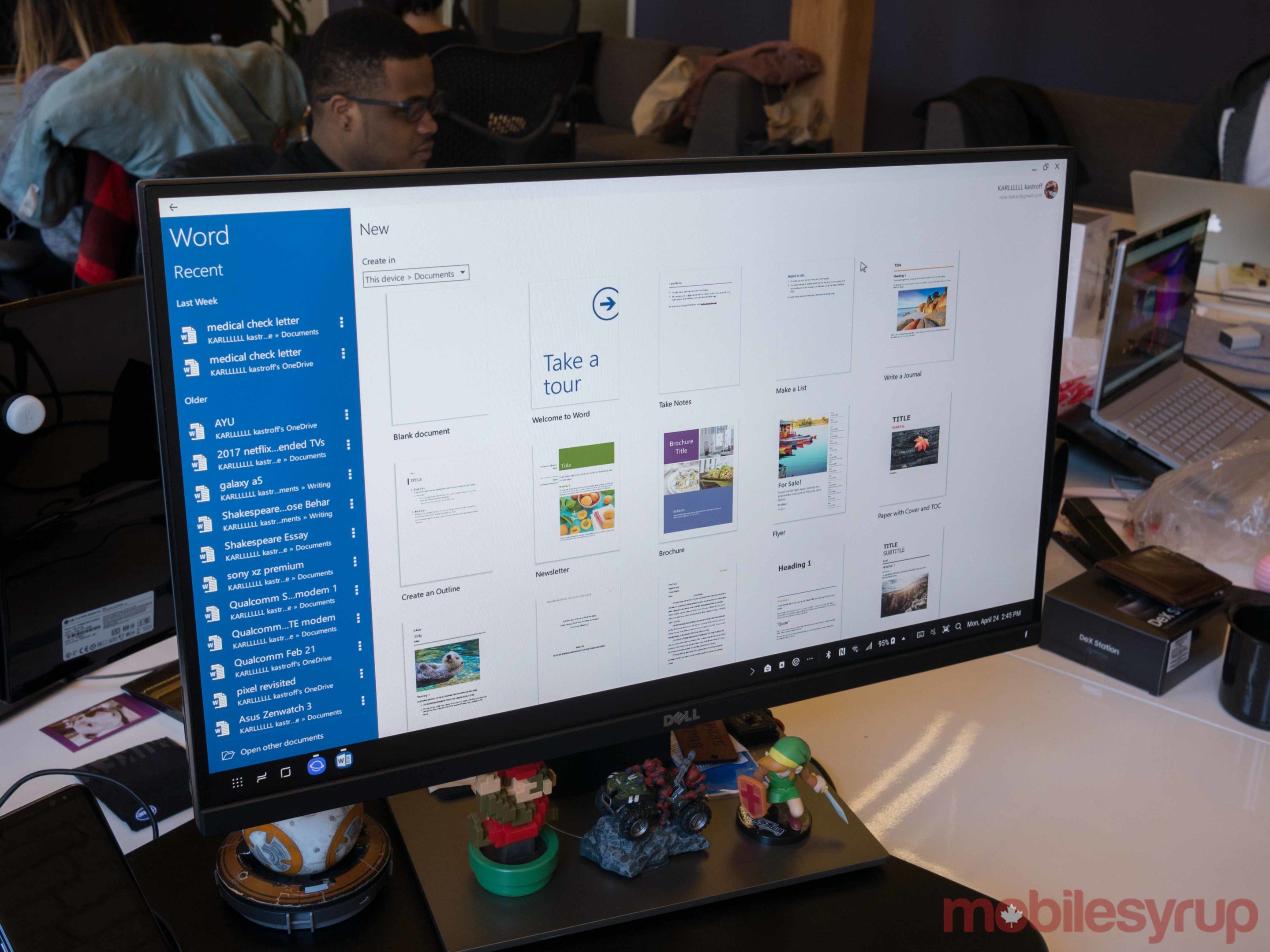 The dock effectively turns your mobile phone into a Chromebook-like PC that’s capable of running productivity apps like Word, PowerPoint and Excel. While I’ve only dabbled with Microsoft’s suite of apps running through DeX for a short period of time, all were surprisingly responsive and also optimized for a desktop display. In fact, I even wrote part of this feature with the S8 docked in DeX, coupled with a wireless keyboard and mouse.

Adobe’s suite of apps, including Adobe Acrobat Reader Mobile and Lightroom Mobile, are also set to be eventually compatible with DeX and feature a user interface that’s been expanded to work with a larger display. Unfortunately these apps have not launched yet and it’s unclear when they will be released.

DeX allows access to remote virtual desktops via apps like VMware and Amazon Web Services, though I didn’t test out this feature during my time with DeX. Those familiar with this software, particularly VMware, could find this feature very useful. Also, similar to most visual desktop environments, DeX users are able to create and move around shortcuts to specific apps. 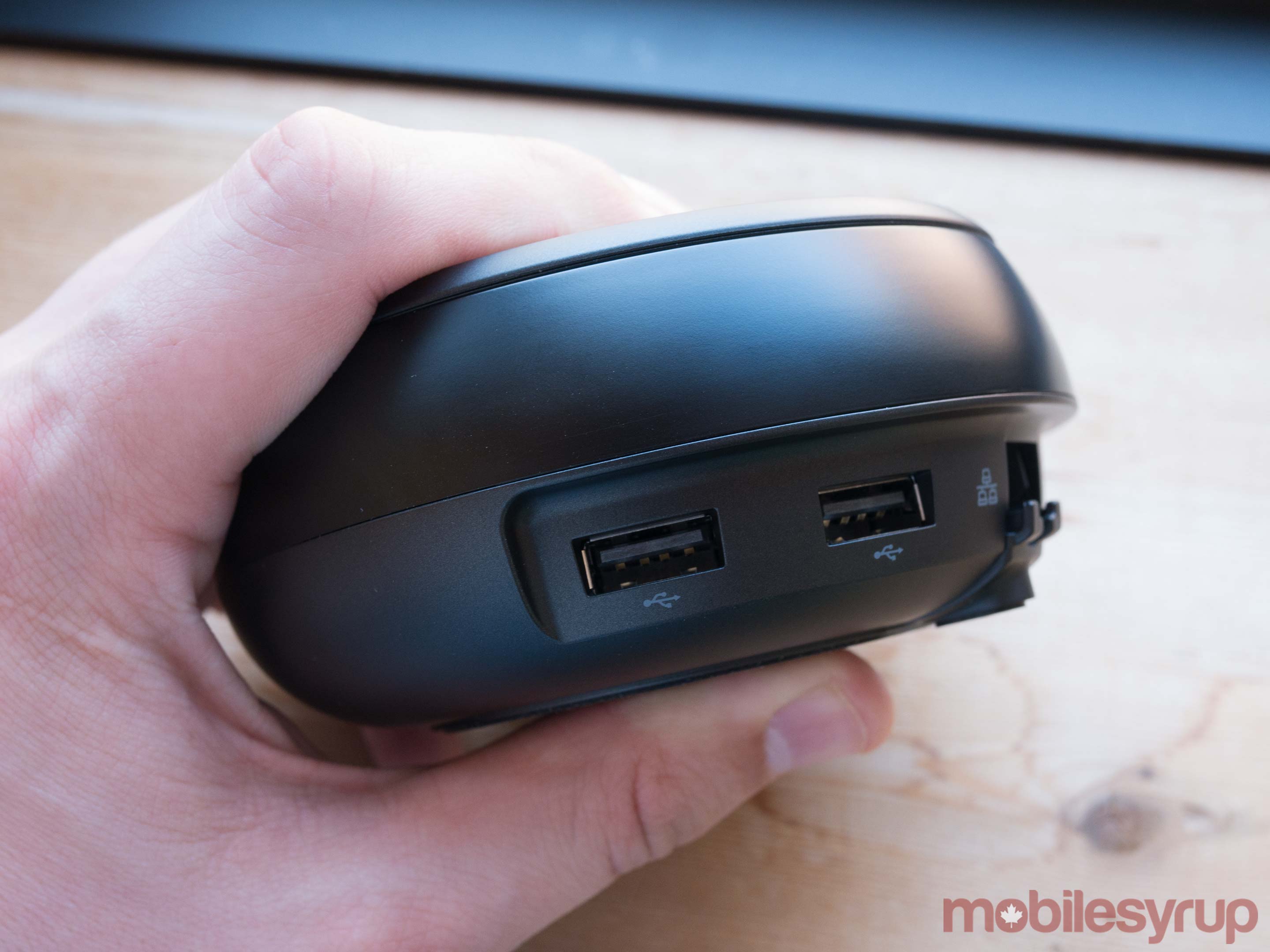 App support is one of DeX’s most significant issues currently, though given that the underlying code of every app likely remains similar to its stock Android counterpart, in theory a simple user interface shift shouldn’t be that difficult for developeers. Still, it remains to be seen how many developers are willing to put in this extra work, especially with DeX only supporting the S8 and the S8+.

While DeX may support more Samsung devices in the future, it’s likely that it only currently works with the S8 and S8+ because of its powerful Snapdragon 835 processor.

It’s worth noting that any Android app can be opened with DeX, even it hasn’t been optimized for desktop. These apps appear in a smaller window and moving the mouse around mimics the functionality of the S8’s touchscreen. Compatibility with this form of interacting with an app is hit or miss, with some app user interfaces being more suited to a mouse and keyboard than others. Further more, it’s strange that pressing enter on an external keyboard doesn’t send a message with apps that don’t support the DeX’s full desktop mode. 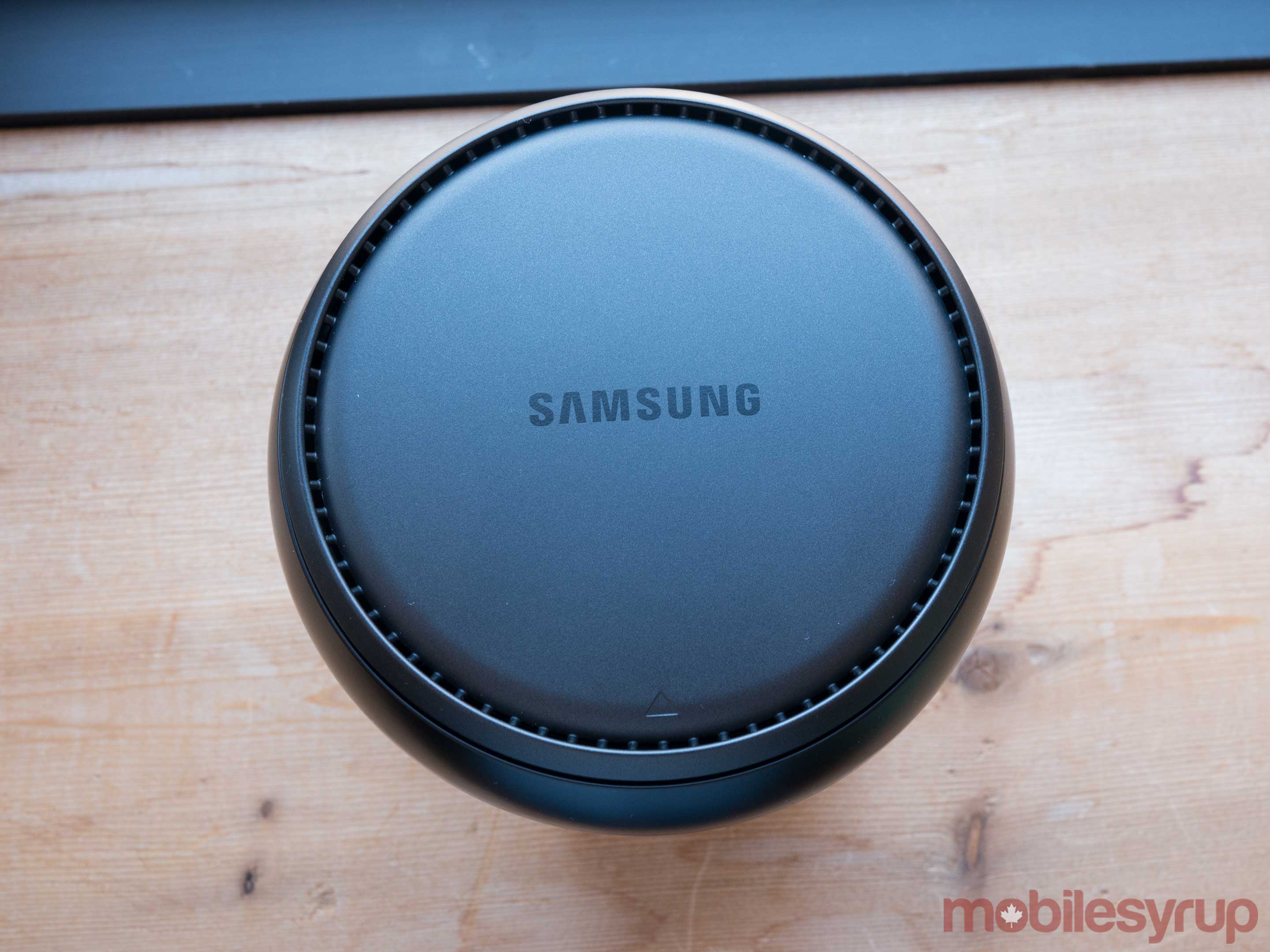 Looking at specific apps that don’t currently support DeX, Google Chrome actually crashed on me quite frequently. If you’re able to navigate its cumbersome interface, Samsung’s internet browser features a relatively solid full-screen DeX mode. As someone who uses Chrome to sync their personal and work life across multiple devices however, it’s disappointing that the web browser isn’t compatible with DeX at launch, though it’s possible that could change in the future.

The main question surrounding DeX is whether or not the S8’s 10nm Snapdragon 835 processor has the power to push apps to a full-sized desktop. While I’ve only spent a few hours with DeX, the device seems capable of consistently running a light-weight desktop OS, though I’ve only dabbled with Word documents and browsed the internet via Samsung’s proprietary browser app for a few hours.

The only moments of slowdown I encountered were when I was opening more resource intensive websites that feature large images or high-resolution video. 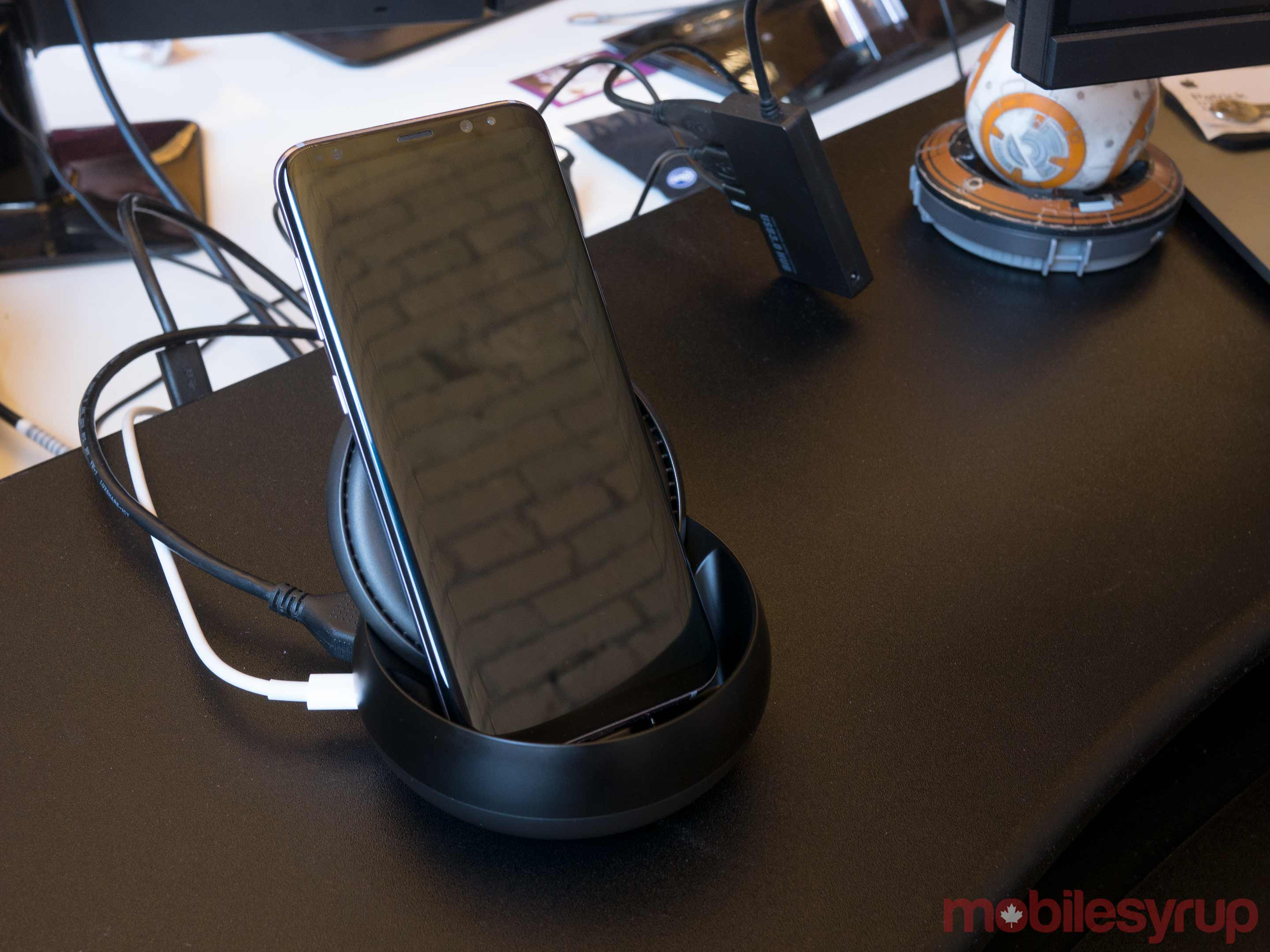 The most compelling thing about DeX is that it’s capable of handling almost 80 to 90 percent of what the average person uses a PC for. So while I may not be able to do my day-to-day job at MobileSyrup with an S8 and DeX, if I worked in another industry, or was simply just interested in owning a very basic PC, the dock effectively turns Samsung’s latest flagship into a handy 2-in-1 device.

In short, while DeX may not work for me, it could be the ideal device for a lot of other people, though ultimately the future of DeX depends on Samsung and whether or not app developers opt to support the platform.

It’s currently still unclear when DeX is set to be available in Canada, though the dock can currently be purchased in the U.S. DeX sells for $150 USD which comes to approximately $202 CAD. Official Canadian pricing isn’t known right now. Below is a quote sent to MobileSyrup from Samsung regarding Canadian availability of DeX.

“Samsung Canada is excited to confirm that the Gear 360 and DeX will be available to Canadian consumers in 2017. We do not have confirmed pricing or date of availability at this time but will follow up with more information as it becomes available.”