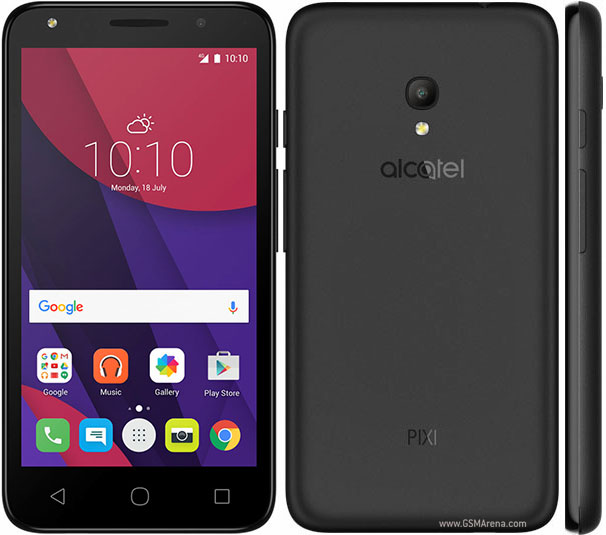 The Pixi 4, Alcatel’s latest entry-level smartphone, is coming to a number of Canadian carriers later this month, the company announced today.

Unveiled back at CES, the Pixi 4 lineup includes a staggering six different models ranging in size from 3.5-inches to 6-inches. In Canada, Bell, Telus, Videotron, Wind Mobile, Virgin Mobile and Koodo will carry the 4.5-inch model.

We’re waiting to hear back from the carriers on pricing, but it’s likely a safe bet this low-end smartphone will come in at $0 on a two-year contract. It features a 480 x 854 pixel IPS display, quad-core Snapdragon processor clocked at 1.1GHz, 8GB of expandable storage, 1GB of RAM, 1,800mAh battery, 5-megapixel rear-facing camera, 5-megapixel secondary camera and Android Marshmallow.

Like the Lume, which recently made its Canadian debut courtesy of Telus and Koodo, the Pixi 4 comes pre-installed with a number of Polaroid filters that can be applied to images taken with the device.