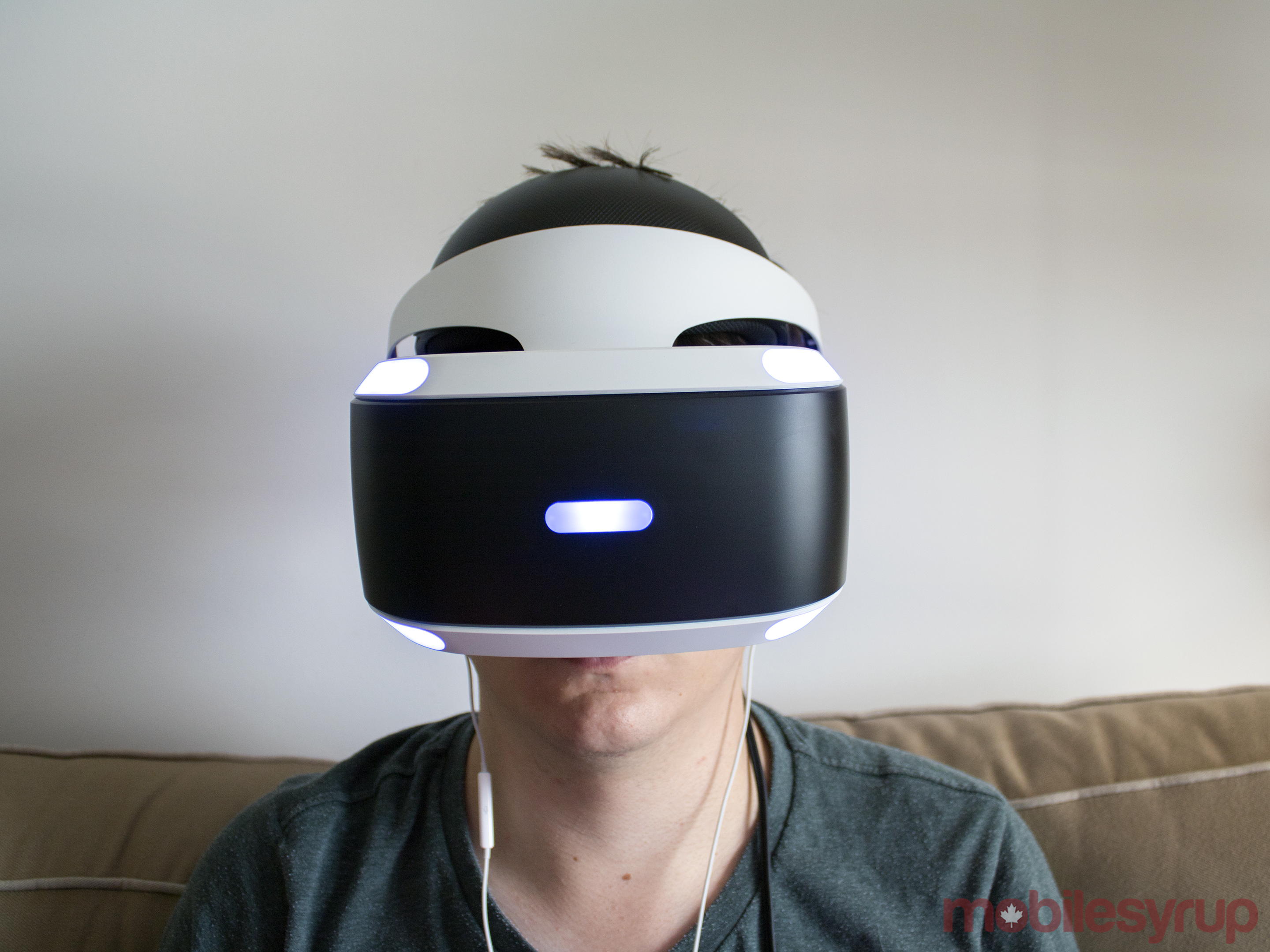 Sony’s PlayStation VR (PS VR), the most affordable high-end VR headset on the market currently, is now available in Canada.

Of course on top of the cost of the virtual reality headset, you also need to own a PlayStation 4 in order to use PlayStation VR, which is typically priced somewhere between $300 and $400. Still, even with this additional cost, PS VR is the cheapest high-end headset out there, with the Vive and Oculus sitting at approximately $2000 for the cost of both the headset and a gaming PC capable of handling the intense graphical power required to run virtual reality smoothly.

While PlayStation VR is impressive and likely high-end VR’s first real chance at mainstream success, the device does have a few drawbacks, with the fact that it’s powered by the rapidly aging PS4 being its most significant issue.

Similar to other high-end VR headsets like the Vive and Oculus Rift, a lack of compelling software is also an issue PS VR will need to contend with, though the platform does already have a few standout titles like Rigs and Eve Valkyrie (which is also available on the Vive and Oculus).

The cost of PlayStation VR launch games has also been interesting with titles like Arkham VR being priced at $29.99, while more in-depth experiences like Rigs sitting at a $59.99 price tag.