Allo is now available in the Canadian Google Play Store 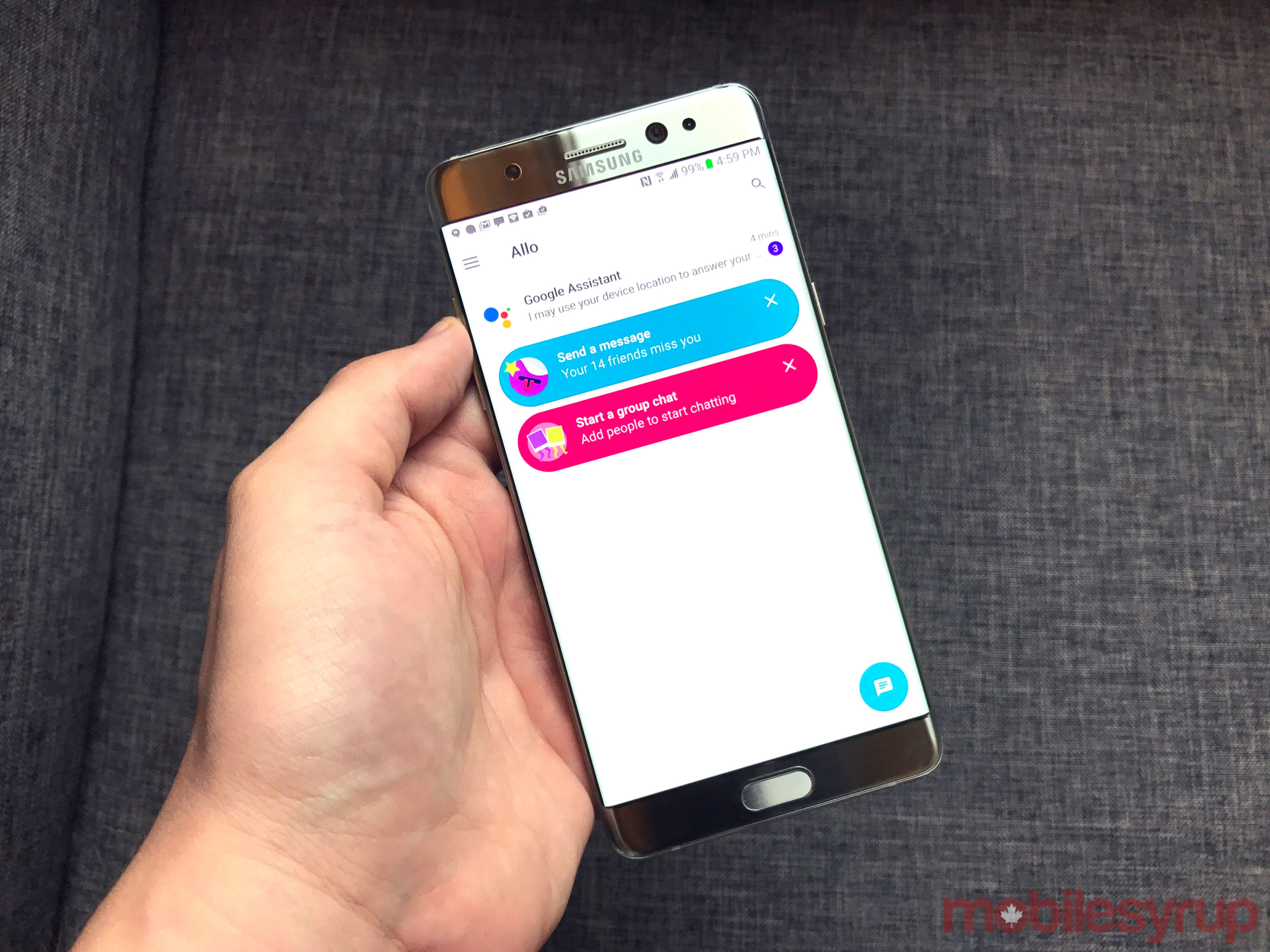 The app was originally shown off at the company’s Google I/O conference back in May where the tech giant highlighted the platform’s end-to-end encryption, temporary private messages, AI-powered responses and the ability to reply without typing via Google Assistant.

Allo also pulls contacts from your address book, allowing users to send SMS messages to all contacts free of charge (for you) even if the recipient doesn’t have the app installed, though this costs the person you’re sending the message to money, depending on their mobile data plan.