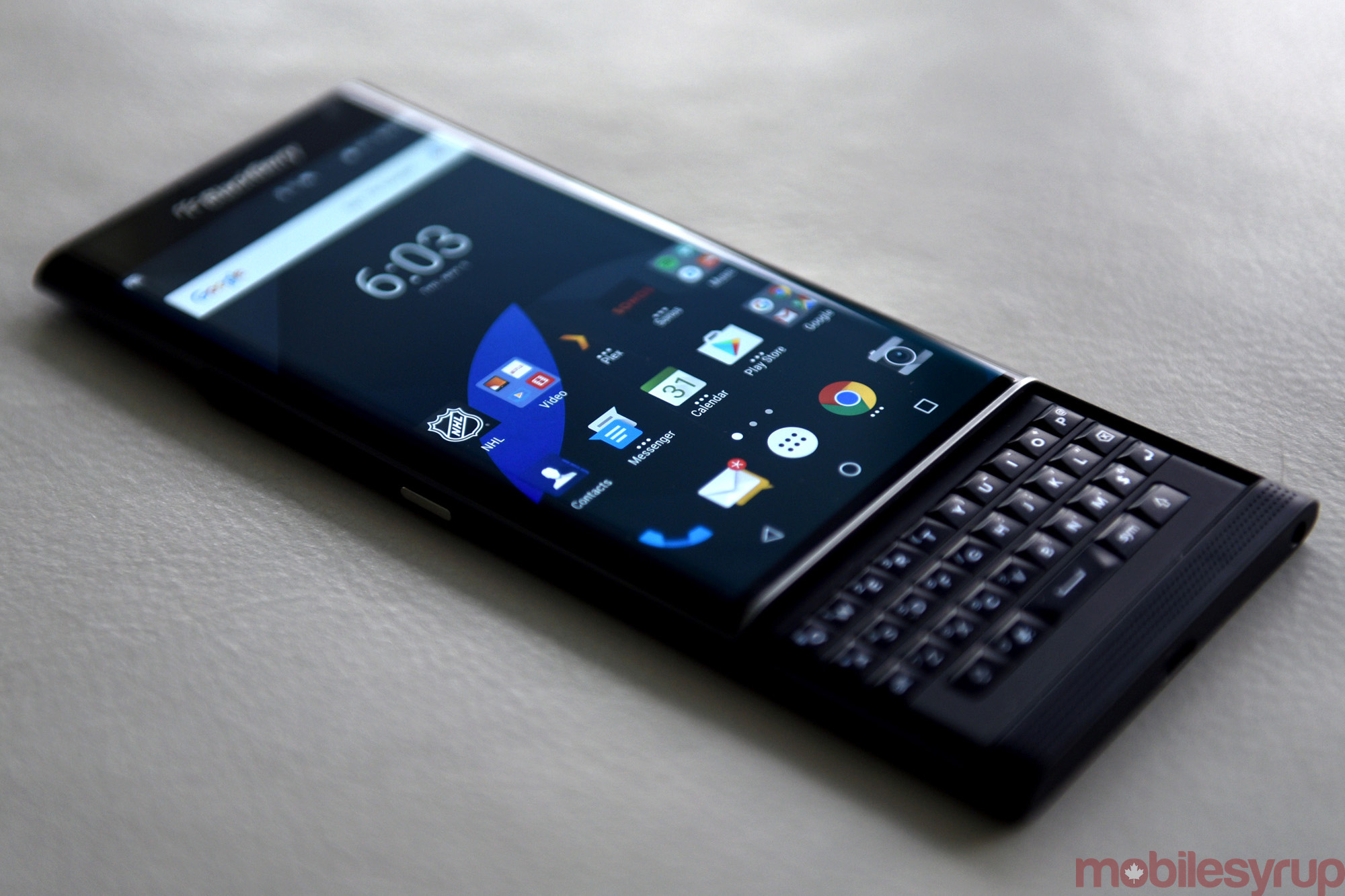 BlackBerry CEO John Chen would never dare say it publicly, but launching an Android-based smartphone all but signaled the end for the company’s own BB10 operating system.

The BlackBerry Priv has been out for six months now, and in that time, it has neither steered the company’s hardware business away from the abyss nor altered the perception that the company, as a whole, was slipping into a deeper hole of irrelevance.

Under that kind of climatic scrutiny, the Priv already had a lot of weight pressed against it. The pressure to succeed, whatever “success” amounted to in this case, stamped an onerous tone onto the device from the start. It seemed unfair, at least to me, but that’s what happens in any cutthroat business where only the strong survive.

Truth is, however, the Priv is not a washed-up handset devoid of any saving graces. It’s more than capable, and in the months since it launched, it has held up well. Without a strategy to support what it did here, though, BlackBerry’s hardware business could inevitably flatline sooner than later. 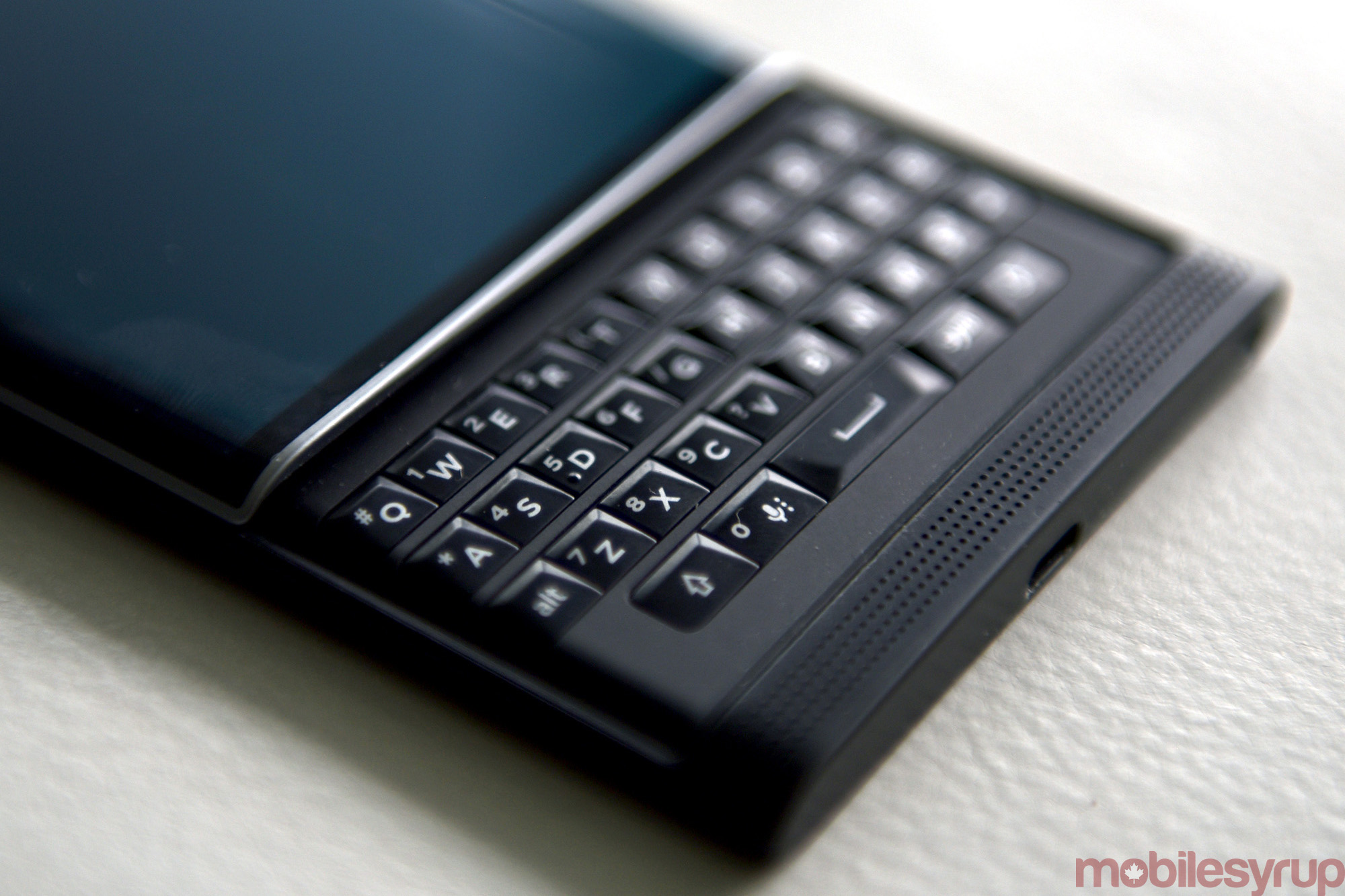 Having had the device since just before its Nov. 6 launch, I’ve had the opportunity to use it extensively over the last six months. This was a hybrid of hybrids. A fully-baked Android phone, with a slide-out physical keyboard, designed and made by BlackBerry. As makeshift as that sounds, the resulting product bore some elegance.

Curved Super AMOLED displays are usually Samsung’s territory, but the Priv holds the distinction of being the first non-Samsung handset to do so as well. At 5.43-inches, the size is only odd on paper, whereas in practice, it doesn’t appear all that different from other 5.5-inch devices.

With metal and glass ruling the roost in flagship phone design these days, BlackBerry stuck to its rubberized back, suiting the Priv well. It’s less of a fingerprint magnet and less likely to slip out of your hands. While not necessarily premium by comparison, it doesn’t feel pedestrian, either. The marriage of past and present design actually works. All the trappings one would expect — a nice display, solid internal components, expandable storage, good battery life — are present here.

Except it’s the slide-out keyboard that arguably remains as the most divisive feature. In a market where it’s become harder to differentiate from the pack, especially as a perceived has-been, sticking to one of the core BlackBerry fundamentals does make sense. The Priv isn’t reliant on the keyboard, and as I tended to do often, it can be ignored outright.

Including it did add some girth to the device, though that was probably far more obvious when the phone is protected with a case. Because they have to be in two pieces, the size and weight increases to a point that makes the phone feel bigger than it really is. It could be argued any phone can fall under that, but when a phone has a limited choice in cases, I would suggest it’s more pronounced in this particular instance. 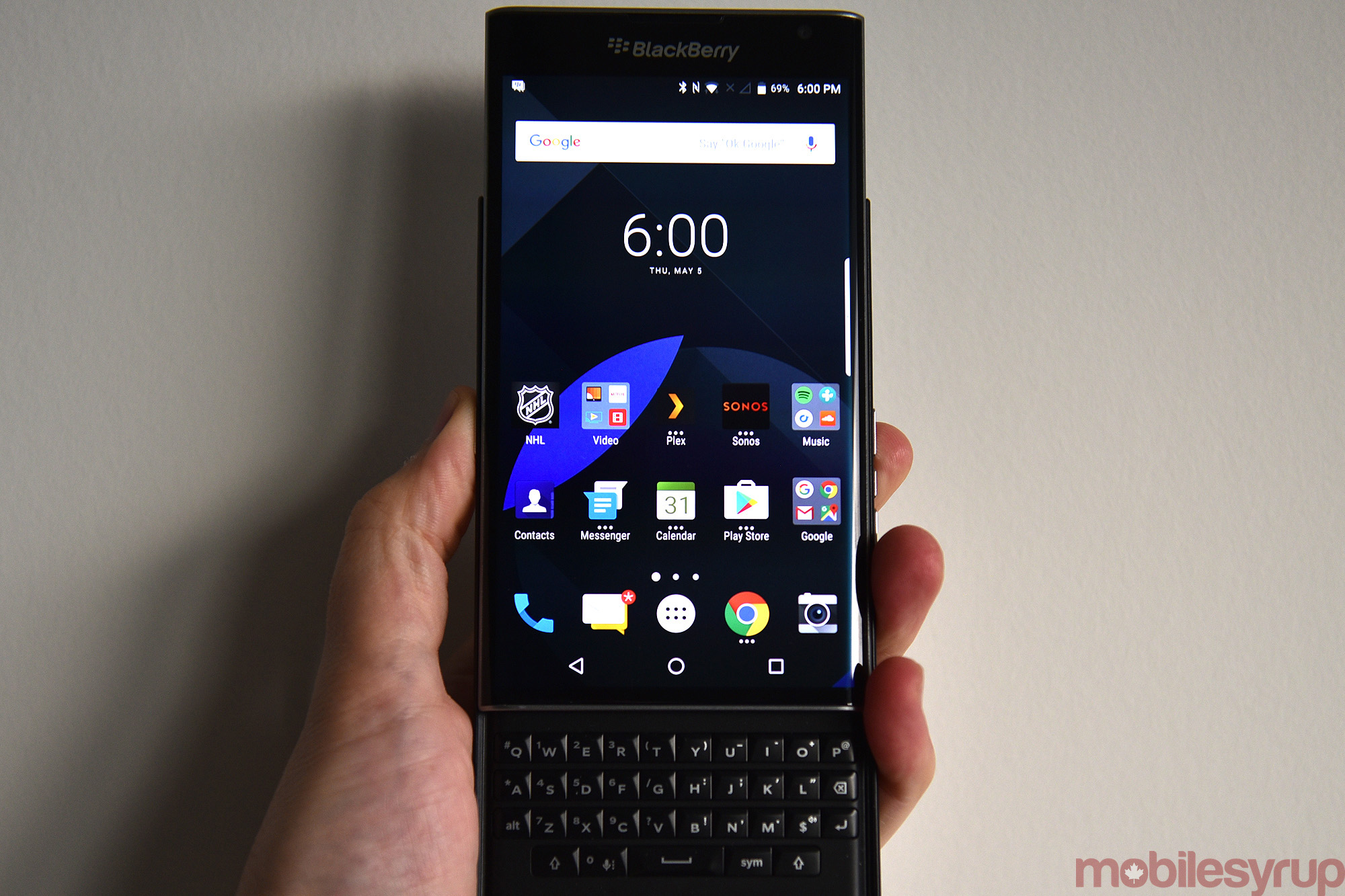 The Priv launched a month after Marshmallow rolled out, running on 5.1.1 Lollipop. An upgrade path to the latest version of Android was promised, and in between, BlackBerry would be in lockstep with Google’s monthly security updates to Nexus devices. That has held true, and core apps have been treated in much the same way.

Rather than bake everything in, which has proven to be less popular nowadays, BlackBerry wisely made its apps elective, having Google Play handle the update process for the core ones, like Camera, Contacts, Services and Hub, among others. The flexibility has helped, especially in instances like the camera, which has needed some holes plugged along the way.

One of the cornerstones for this integration was BlackBerry Hub, a remodelled version of the effective mail and messaging client from BB 10. The innards and extent of what BlackBerry had originally built for its own OS haven’t translated fully to Android, even after different updates following the phone’s launch and recent wholesale move to Android 6.0.1 Marshmallow. And so, what exists can feel underpowered for those accustomed to what BB 10 delivers.

That’s a distinct minority these days, and though it’s not perfect, the integration offered in Hub is frankly better than anything else I’ve used on Android. At least for me. Sure, Gmail hasn’t always played nice, but the messages do come in, and the colour-coding really did grow on me after a couple months. Unified inboxes have been fine for me in the past when the incoming mail didn’t really mix personal with work, but the Hub makes it effortless to filter through everything, right down to social media messages and texts. Setting up Rules for specific contacts and assigning specific LED notifications to them is nice, and a feature I personally find far more practical than Samsung’s colour-coded contact features on its edge devices.

With Twitter, Facebook, Instagram and LinkedIn already in tow, support got a further bump when WhatsApp was added in December. Slack soon followed. Hangouts remains one of the main communication tools still left out. Adding Trello would be nice, too.

Overtop all this is one of the most vanilla Android experiences of any phone not in the Nexus line. Somewhat surprising, given the logo on the device, but a sound decision, nonetheless. Indeed, if I chose not to use any of BlackBerry’s core apps, and opted for others, there wouldn’t be much of a BlackBerry footprint on the device, otherwise.

The security BlackBerry is known for isn’t truly tangible here. The DTEK app is a neat way to visualize it, though I feel it is aimed more at mainstream users than those who want to see more nuts and bolts. With Marshmallow’s provisions for app permissions, DTEK’s feature doing the same thing is redundant. If using a BlackBerry Priv affords its users extra protection over another Android device, it’s not clearly evident.

Then there’s the Productivity Tab – the very reason the Priv has a curved display. As a quick view of the calendar, tasks, recent calls and email, it was fine. I also didn’t mind that I could add a contact or entry or compose a new email, but I was always taken to the corresponding app to do so. Why not just integrate that into the Tab to get it done faster?

Beyond all the intricacies, however, the Priv is an easy phone to navigate. And the features in Marshmallow have already proven their worth. Overall performance feels more fluid, Google On Tap is there to utilize and Doze seems to have positively impacted standby battery life. It’s a BlackBerry phone, but it undeniably feels Android going through it. 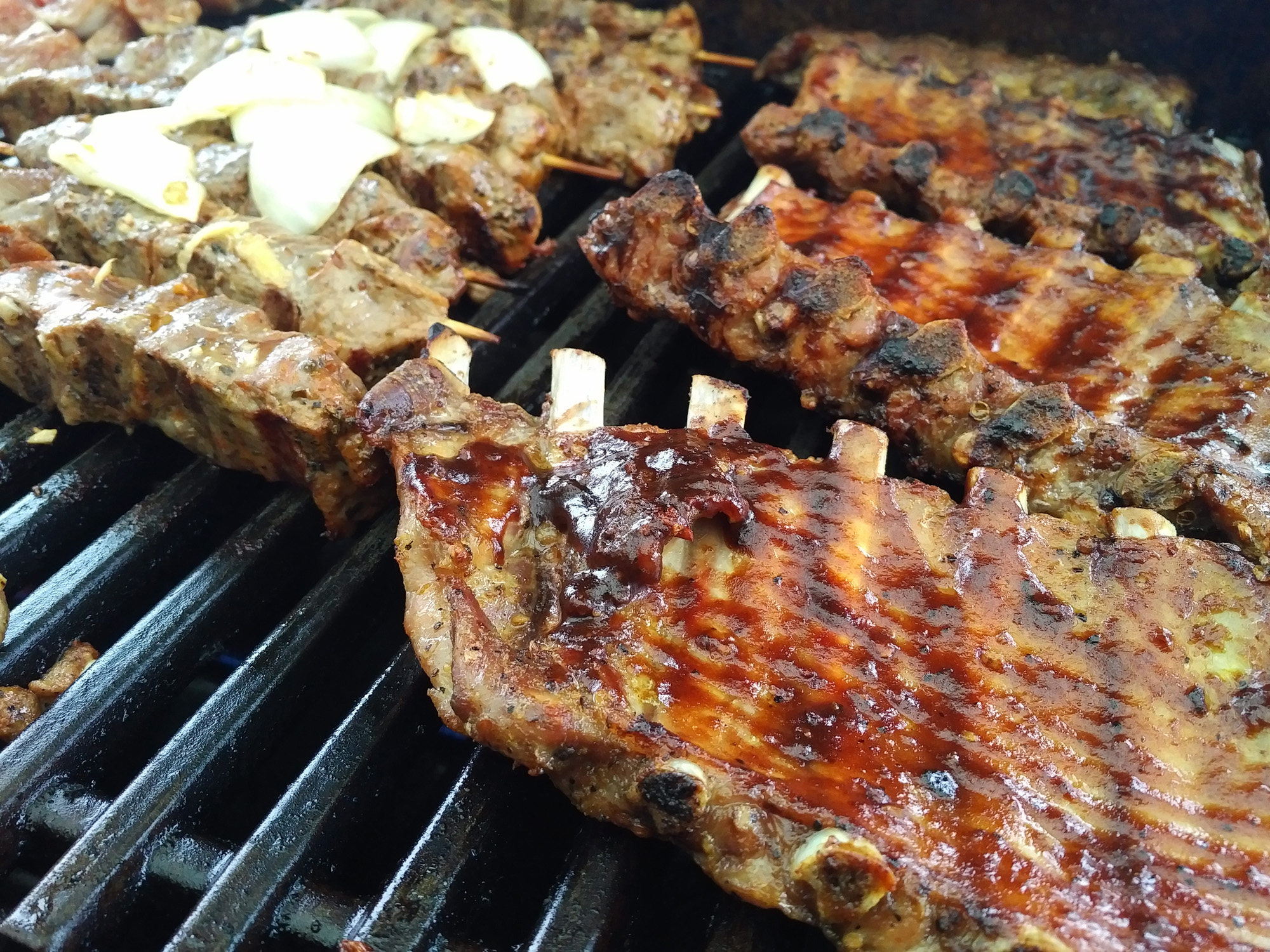 The Priv’s camera was scrutinized closely from the very beginning, partly to assess BlackBerry’s ability to fashion a competitive shooter worthy of capturing good images. It’s unquestionably the best camera the company has produced to date, but that’s relative to how low the bar was prior to this device.

Subsequent updates cleaned up a number of issues. Jettisoning the annoying camera sound for one, while adding 16:9 sizing, faster focusing and pre-capture indicators for HDR and low-light shots. The result is a more balanced camera that performs like it should. Now, if only they could speed up the capture time and get rid of that slight delay after pressing the shutter.

Unfortunately, it is also missing two very key elements that could squeeze more out of its existing feature set. One is a pro manual mode to better control composition and offset some of the tendencies in the Auto mode. Second is a basic image editor. While it is fair to note that the former isn’t something mainstream users dive into, the latter certainly is. Sure, having filters to choose from off the bat is nice, but cropping and other basic edits require moving to a third-party app. It’s an opportunity lost to ingratiate users more into the Priv’s core camera app. 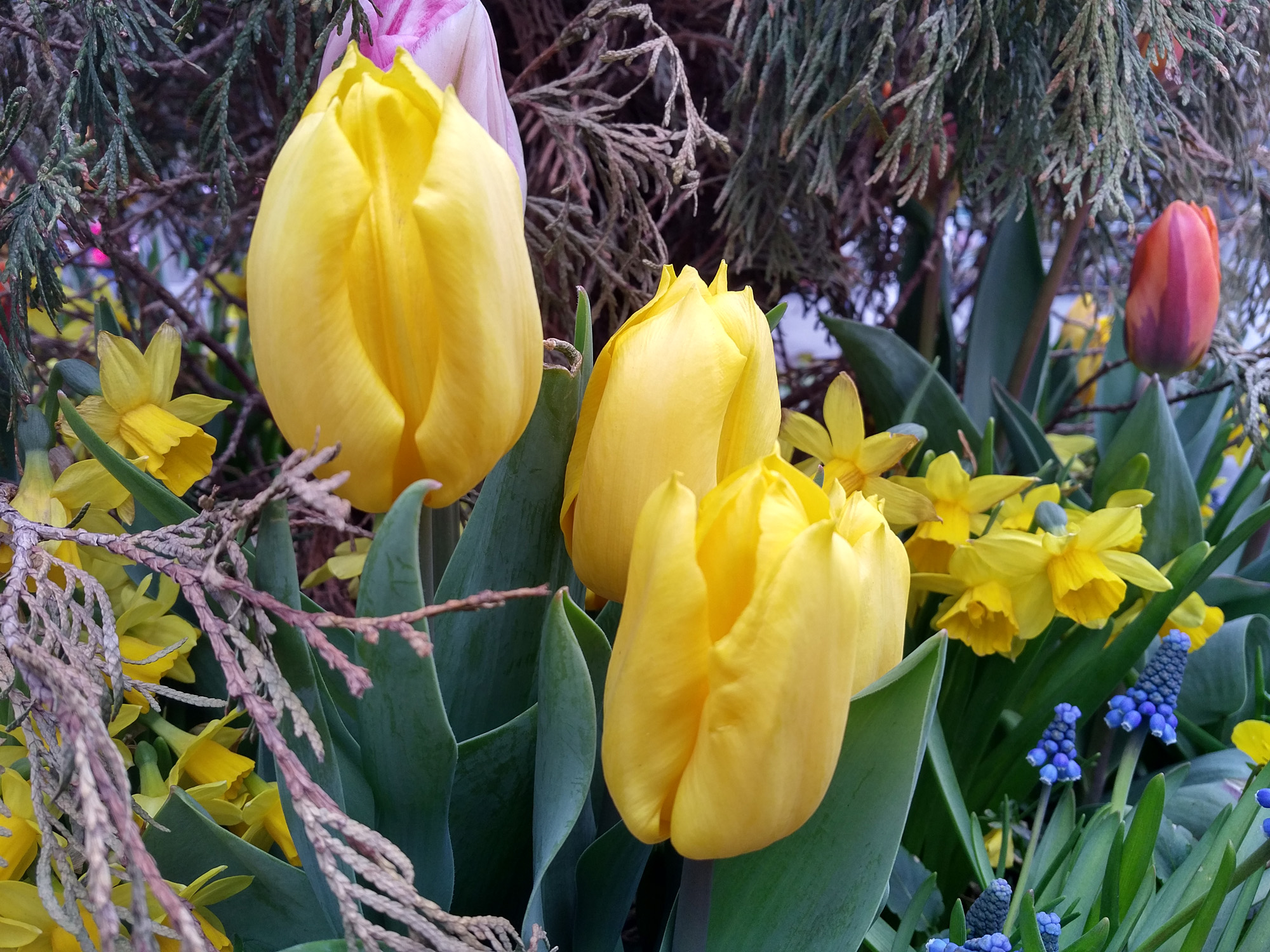 These two omissions are starker now because of how good the most recent Android flagships have been in camera performance. Despite some varying strengths and weaknesses between them, the Galaxy S7 and S7 edge, LG G5 and HTC 10 sport three of the best smartphone cameras I’ve ever used. Each has a stellar manual mode that can manage incredible shots. In fact, I no longer shoot any photos of prime importance with my iPhone 6 Plus for that very reason.

And in equal measure, I’m hard-pressed to reach for the Priv when I want a quality point-and-shoot for a social outing or travel, where quality will matter to me.

One thing I will note about the slide-out keyboard is how it feels when having typed on screens for so long. I was never the best BlackBerry typist, but having been so acclimated to screens over the years, I felt like the keyboard slowed me down. Ironically, I had to teach myself to type that way all over again, and it’s still a struggle.

I also wasn’t keen because the onscreen one has always been excellent, in my view. Responsive, and with useful gestures to speed things up, I never bothered to download SwiftKey or Swype on the Priv. Where I did find the physical keyboard a nice change of pace was in using keys as shortcuts. Tapping the settings icon at the top of the app tray and then going to Typing Action > Use a short-press keyboard shortcut > Keyboard shortcuts opened up the chance to assign them to an app or function by pressing or holding a key down.

It’s neat, and can engender greater use of the keyboard. The same gestures for the onscreen keyboard also work on the physical one, an ode to the Passport, which introduced them. 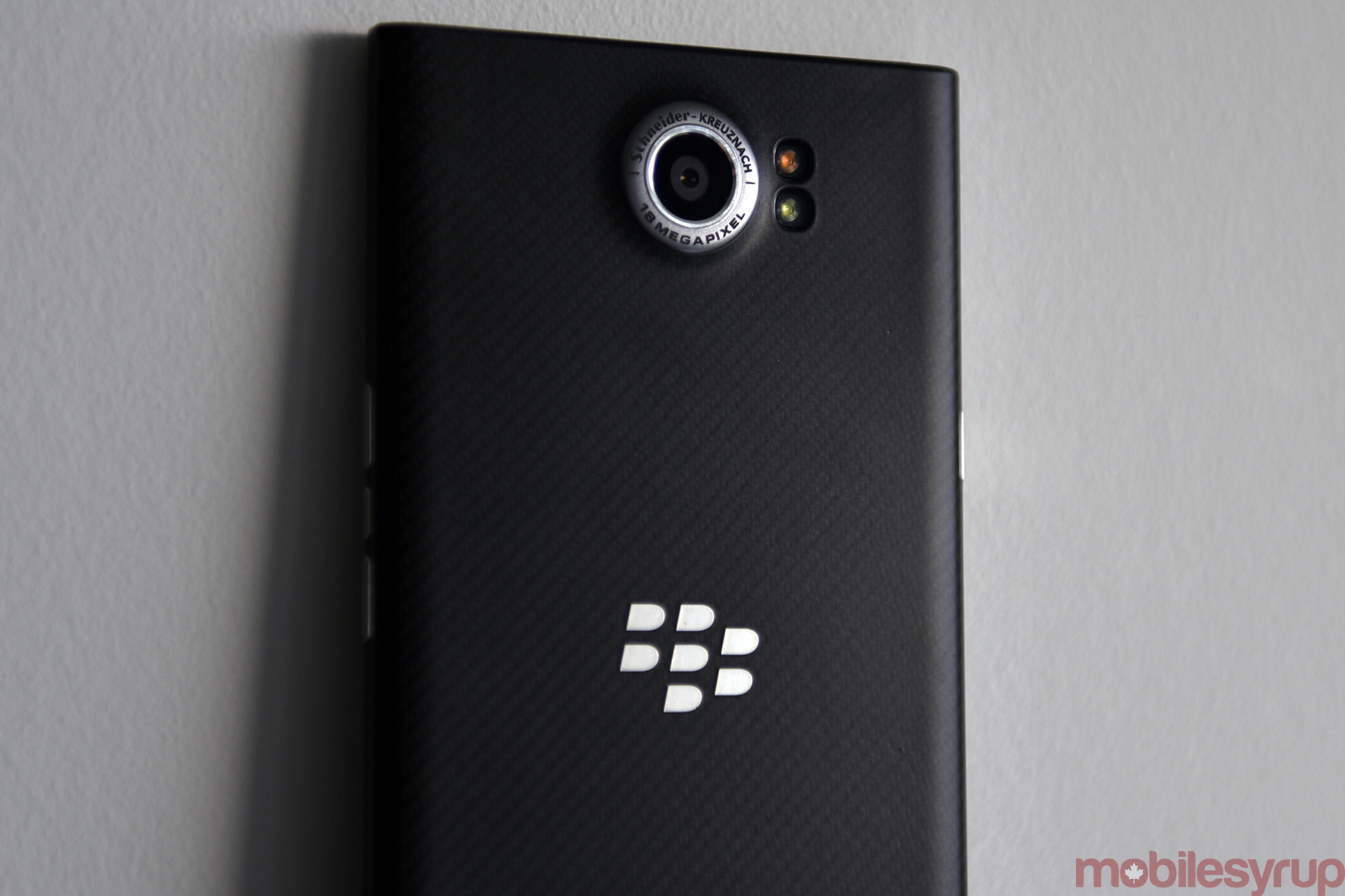 In a way, the Priv was a phone built on a contradiction – a BlackBerry running on Android. But that does go a little deeper in practice, too. Call quality is superb in every respect, yet notifications can sometimes be hit or miss. The camera is capable but not world class. The keyboard is highly functional, except most users have learned to type well on screens. There are plenty of BlackBerry apps, though they are elective and not mandatory.

Since it launched, the Priv has waded through a crowded market, and yet, it seems like the device is in a no-man’s land of sorts. That has a lot to do with the price. What started at $899 has since dropped to $649 on ShopBlackBerry.com. Carriers are selling it for $299.99 on a two-year term. The initial price tag was too much of a gamble for many, given that it was clearly in the kind of territory Apple and Samsung tend to play in. The current price is more palatable, but only just.

The Galaxy S7 edge, LG G5 and HTC 10, while more expensive outright, can be had for the same price on contract. The Nexus 6P starts at $699 (the 64GB is $749). That makes the Priv a tough sell when discerning consumers browse. It’s a reality BlackBerry will have to deal with, and perhaps the company would’ve been better served by bringing a mid-range Android handset to market first, where the competition has been even more interesting.

CEO Chen has said a new Android-based mid-range device is coming this year, though it will have to be really good to woo customers who may have already written the company off in spite of the Priv.