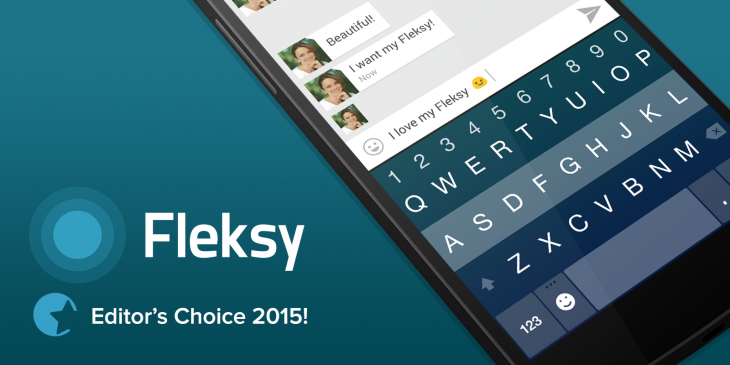 Fleksy, the unique and bouncy third-party keyboard available for Android and iOS, has announced a partnership with Chinese smartphone manufacturer ZTE to preload the software on all of its future devices.

The keyboard, which recently added GIF search and a sticker store on top of its extensive database of emoji, will be the default keyboard on new ZTE devices.

“We’re committed to delivering a faster and more expressive input experience for users across the globe,” said Kosta Eleftheriou, CEO and Founder of Fleksy.  “ZTE is one of the world’s leading device manufacturers, and we’re pleased to bring Fleksy to their users.”

When Fleksy debuted, it was overly reliant on swipe gestures and a not-so-accurate autocorrect engine, but has since grown into a mature product that is far better than most keyboards designed by the manufacturers themselves. While OEMs like HTC, LG and Sony insist on designing their own keyboards, others like Samsung have partnered with SwiftKey to improve their typing experiences, while Motorola and Nexus devices preload the Google Keyboard, which has proven to be excellent in its own right.

Fleksy’s plan is to grow its audience within the Chinese Android market, which is one of the fastest-growing in the world. According to Gartner, ZTE owned 3.3 percent of the worldwide smartphone market share in mid-2015.