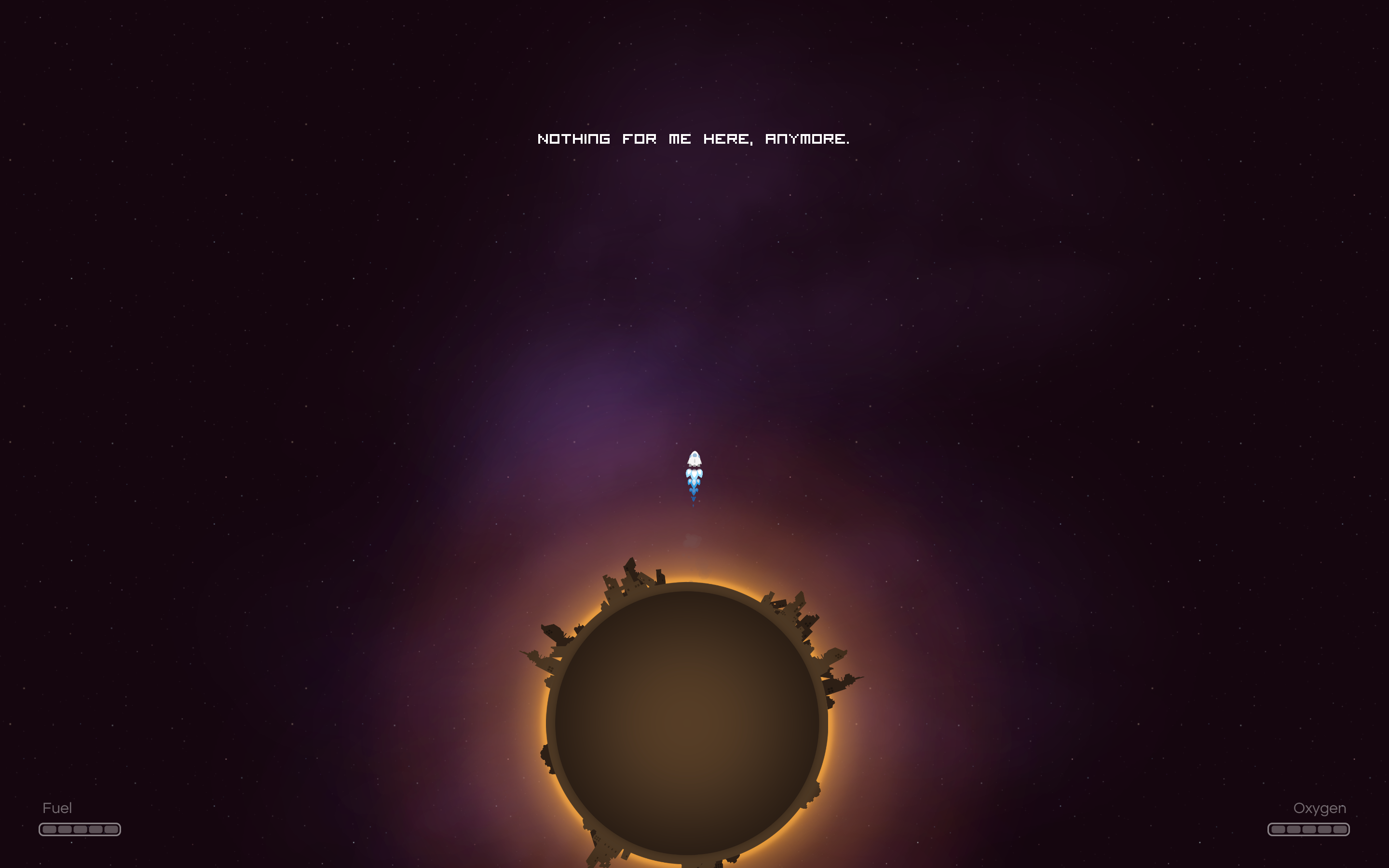 In PixelJam Games’ Last Horizon the player has one goal: survival.

In Last Horizon, the player takes control of a small, easily maneuverable, fuel and oxygen-filled spacecraft and is tasked with locating a planet with enough resources to colonize. In order to complete this journey, players need to make pitstops on various planets across the galaxy, topping up their spaceship’s resources. Along the way black holes, asteroid fields, and angry aliens will attempt to hinder your progress.

Miles Tilmann, one of the game’s creators at PixelJam Games, explains the idea for the title spawned from wanting to create a bite-sized gaming experience.

“A little more than a year ago, we were tossing around quite a few ideas for ‘small’ games. You know, the kind that in theory take a few months to make, but in practice take about a year,” said Tilmann.

The title’s initial direction was forged from the concept sketch (seen to the right) and according to Tilmann, his team stuck closely to their original vision for Last Horizon.

Last Horizon is inspired by interstellar exploration games like Faster Than Light (FTL) and Out There, although PixelJam wanted to create a more straightforward experience. While FTL and Last Horizon share the same incremental progression that encourages the player to slowly improve their skill level with each subsequent run through the game – this genre is commonly referred to as “rogue-like” – the latter is decidedly simpler.

“We really wanted to make something simple and just focus on the joy of flying around a little living universe,” said Tilmann.

Visually, Last Horizon looks like an updated version of 1979’s Asteroids but with graphical flourishes only possible on modern hardware. Traveling through the game’s enormous expanse of pitch black space leaves the player with a sense of helpless loneliness that’s only broken when the habitable planet you’ve been desperately searching for finally shines brightly on the horizon. 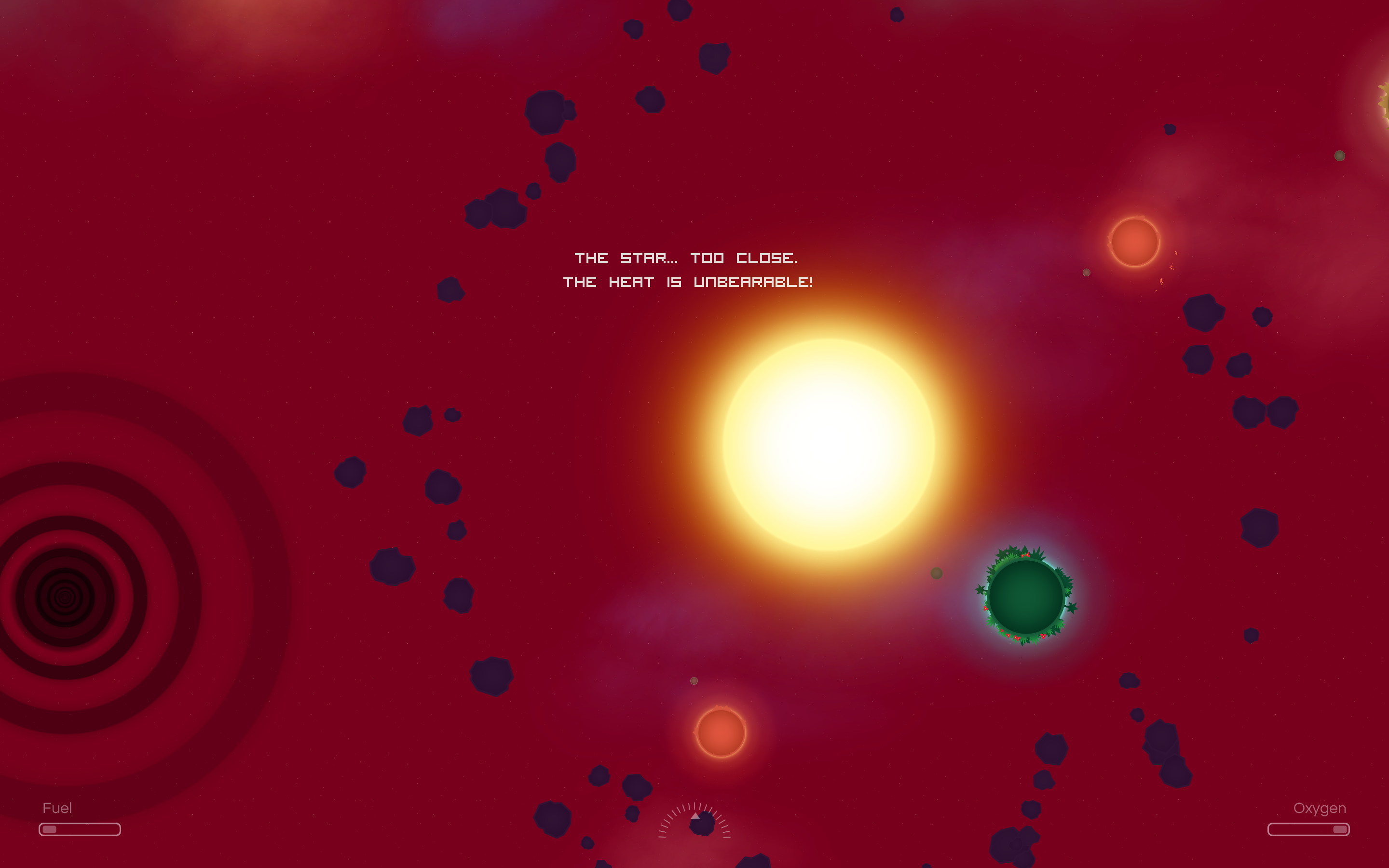 “We realized early on that less was going to be more, especially if we wanted to evoke the sense of loneliness and wonder that the pilot of the Horizon must be feeling. So we only added what was absolutely necessary: stars, nebulae, planets and planetary features. Another happy accident when we ported the game to PC was how incredibly zoomed out it was. On some retina monitors your ship is tiny, and you can really get a sense of the vastness of space, particularly when you launch from your home planet,” said Tilmann.

And while some players have complained about the Last Horizon’s inability to switch to landscape mode, Tilmann says that this is an intentional design choice. He wanted the player’s sight line to be primarily above and ahead.

On the PC, Last Horizon is playable in landscape because the display space available on a monitor is much larger than that of a phone or tablet, allowing the player to see significantly farther ahead of their ship. This gives them ample time to avoid black holes and roaming asteroid fields.

But much of Last Horizon’s appeal stems from its carefully balanced physics, allowing the player to take advantage of each planet’s gravitational pull in order to save fuel and oxygen. Low on fuel? Head towards that giant sphere on the horizon and use its gravitational power to slingshot you to your next destination. Subtle features like this add tremendous depth to the game. 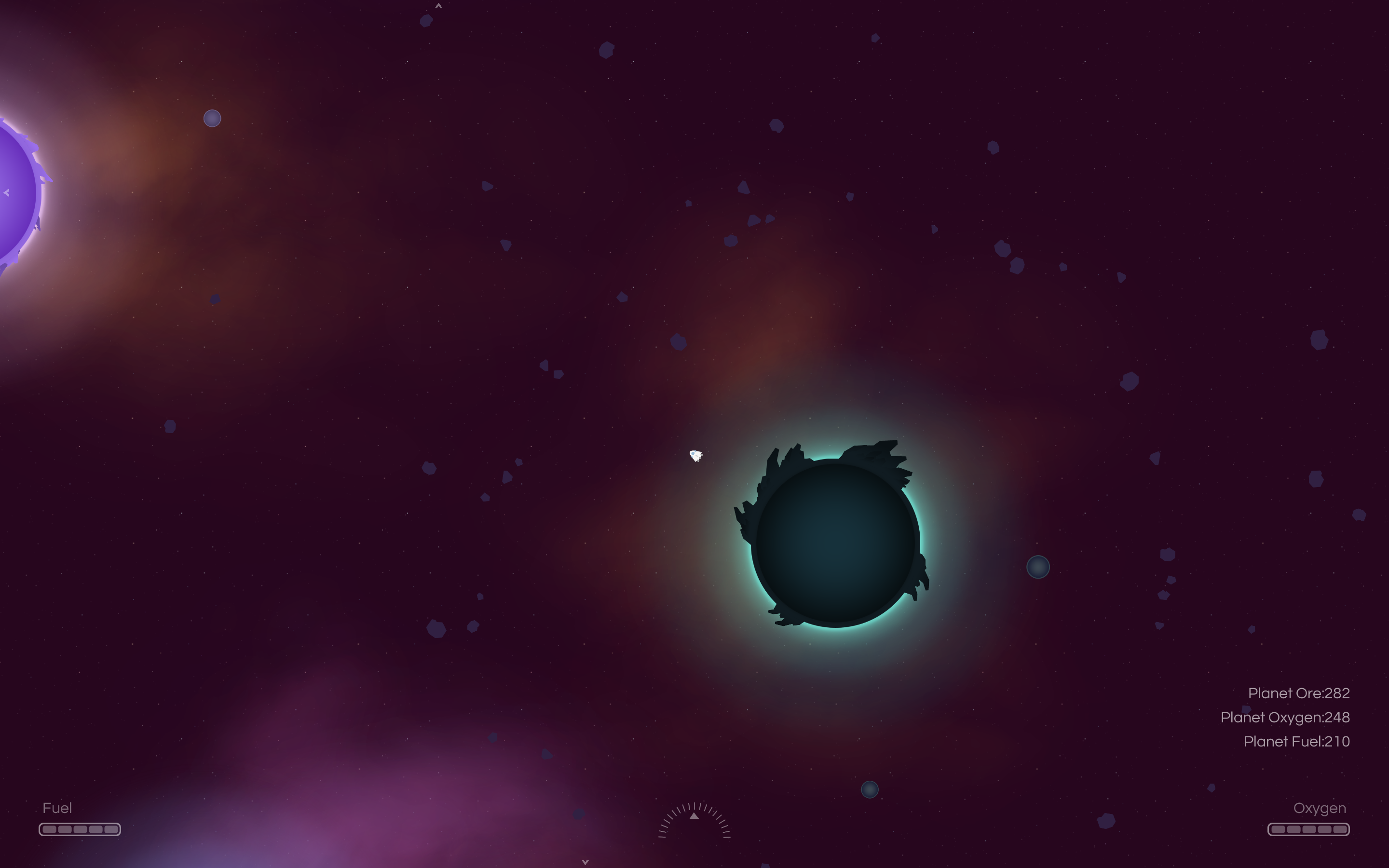 Tilmann explains that getting Last Horizon’s planet gravity and the player’s ship to control just right were some of the most difficult tasks for his team during the game’s development process.

“The hardest thing to get right was the individual mass for each planet.  They had to be manually set as opposed to mathematically based on radius, since some of the bigger planets had ridiculous gravity that was almost impossible to break away from, and some of the smaller ones just felt too flimsy. Other than that we just let Newton’s laws take over,” said Tilmann.

As for the future, Tilmann says his team is taking a break right now but doesn’t rule out more content being added to Last Horizon at some point in the future. 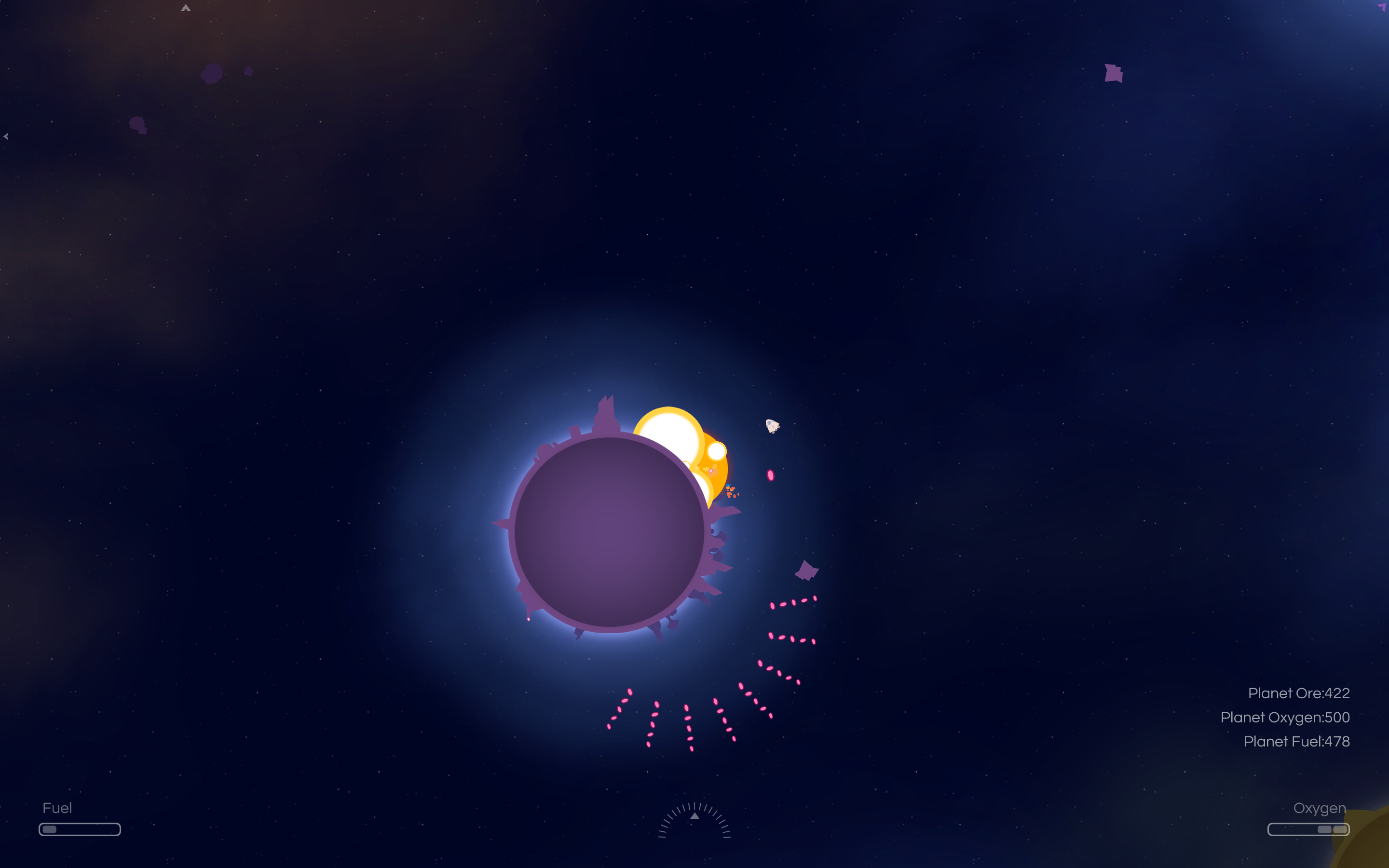 “We’ve had lots of great feedback from people about what they’d like to see added to it,” said Tilmann.