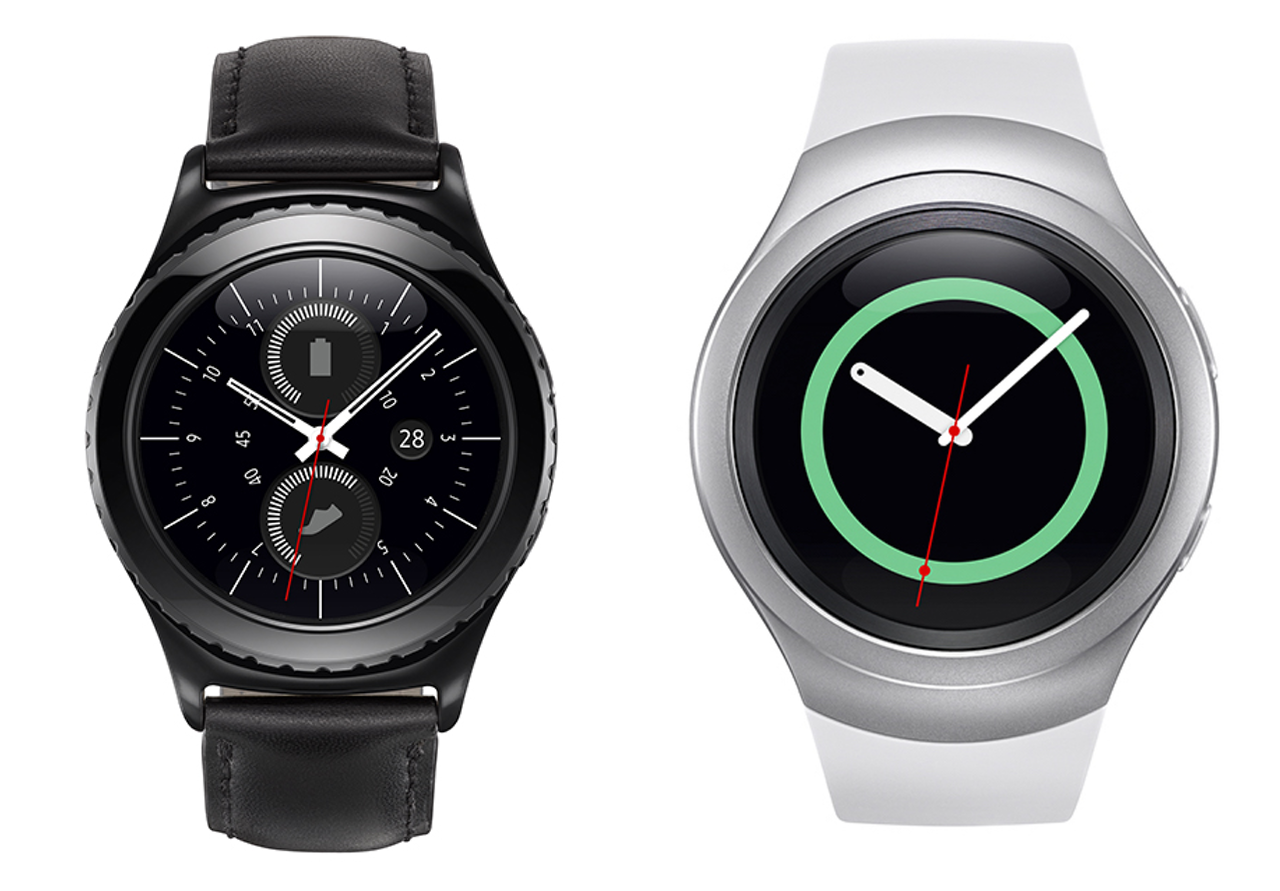 Samsung just announced its newest smartwatch, the Gear S2, with a wider reveal expected tomorrow at IFA. The watch comes in two versions: the Gear S2, and the Gear S2 classic. The former is a “modern and minimal” with a metallic finish and sporty band, whereas the Gear S2 classic has a “timeless” black metal chassis and a black leather strap with exposed lugs. It’s unclear if, like the Apple Watch Sport and its regular counterpart, the two are made of different materials.

Much of the specs gist has already been summarized: its Samsung’s first truly round wearable, with a 1.2-inch 360×360 pixel OLED display surrounded by a touch-sensitive rotating bezel in a metallic body 11.4mm thin. On the right side sit home and back buttons for easy access to the operating system’s various menu.

Running the latest version of Tizen, the Gear S2 is also the company’s most powerful smartwatch to date, with a 1Ghz dual-core Exynos processor, 512MB of RAM and 4GB of internal storage. More interesting, perhaps, is the integrated e-SIM, which allows the wearable to connect to 3G networks without needing a dedicated SIM card. 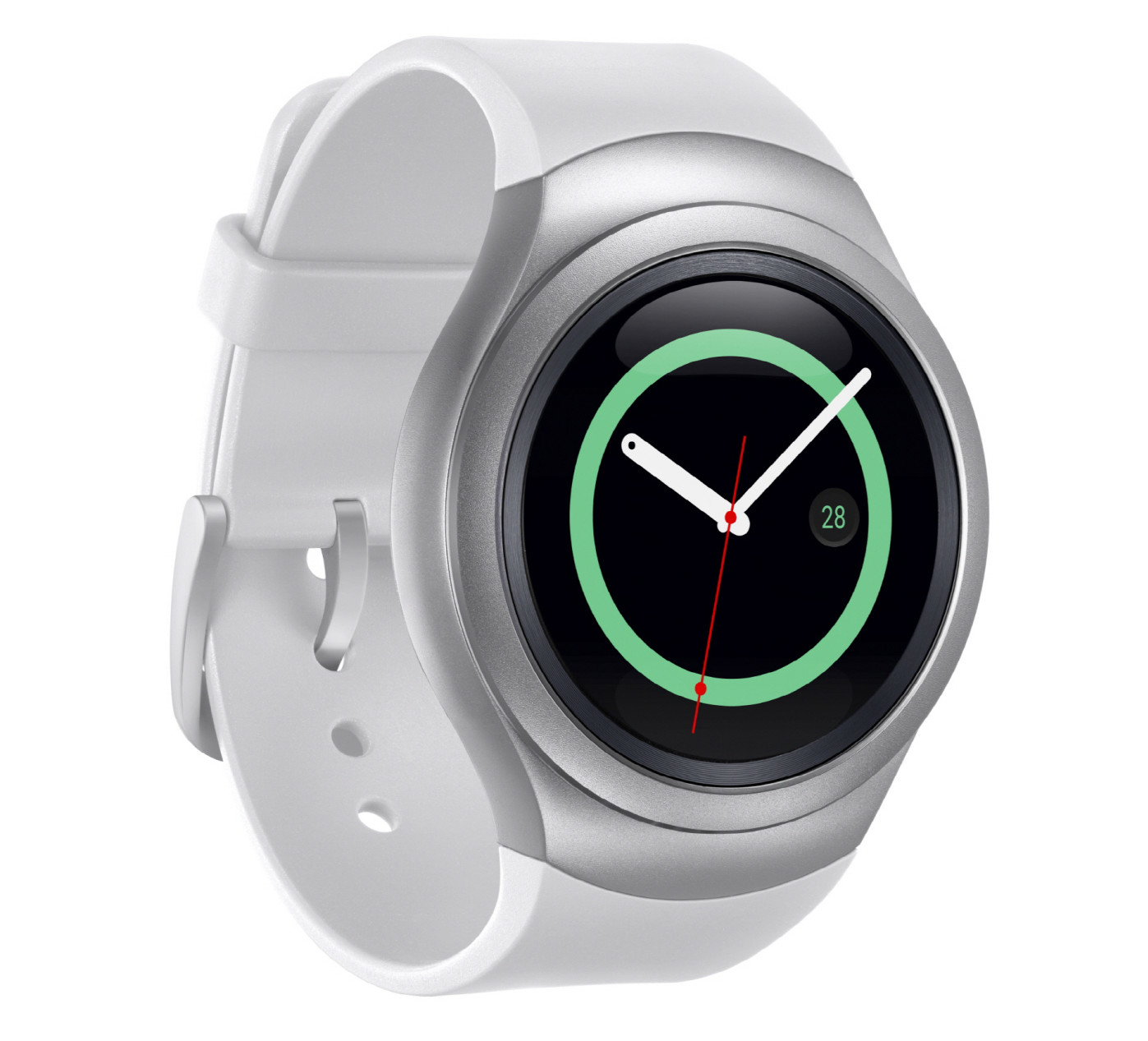 The Gear S2 also comes with an NFC radio that connects with Samsung’s new payment system, which is rolling out in Korea and the U.S. this year, with additional markets, including Canada, coming in the future. Samsung is also leveraging its SmartThings acquisition with direct implementation of its portfolio of smart products, including “smart car keys, residential room keys, and remote controls to manage a connected home,” according to the company.

Samsung is also touting the Gear S2’s fitness features, which connects to S Health on the Galaxy smartphone series. In addition to the requisite accelerometer and gyroscope, the wearable offers heart rating monitoring, though it appears a GPS is not on board. The Gear S2 features Nike+ Running tracking as well.

Finally, the Gear S2 comes with wireless charging support and an accompanying dock, which comes in the box. That lack of ports makes the watch IP68 dust proof and water resistant. On the battery side, the Gear S2 features a 250mAh cell for “two to three days of typical use,” according to the company. (The 3G version is slightly thicker at 13.4mm but features a 300mAh battery.)

The company hasn’t released pricing or availability, but we’re looking forward to seeing when it is coming to Canada. More in the coming days. The Gear S2 will be released in two shades: a dark grey band and dark grey chassis; or a silver chassis with a white band. The Gear S2 classic will come in a single version, a black chassis with black leather band.

Update: Samsung just got back to us with a statement regarding Canadian availability. “At this time, Samsung Canada is excited to confirm that the Gear S2 will be available for Canadian consumers beginning in October. The devices will be offered through major retailers as well as at Samsung Experience Stores. ”