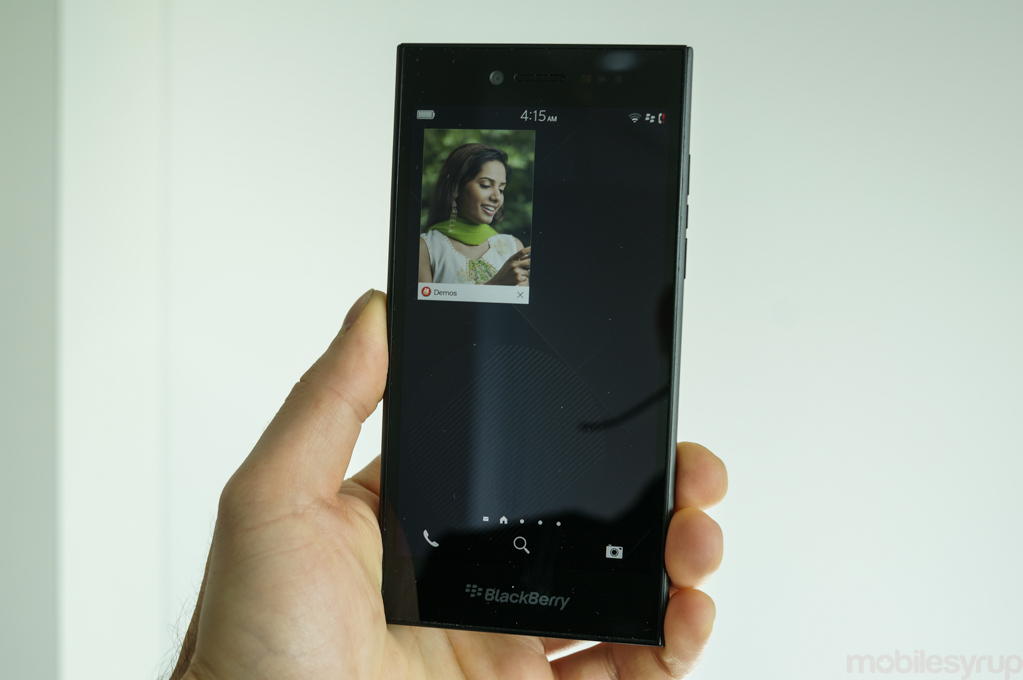 We’re here in Barcelona testing the new BlackBerry Leap (that’s not the only reason we’re here, but we’re pretty excited nonetheless), and have come away impressed with the performance of the 5-inch mid-range device.

Coming in April for around $300 Canadian (final pricing hasn’t been finalized for the Canadian market), the Leap is not a big…jump… from the Z10, but its screen is considerably nicer, and the build quality is somewhat improved. At 170 grams and 9.5mm thick, it feels substantial, more akin to the Z30.

Running BlackBerry 10.3.1, there’s nothing separating the recently-released update for previous BB10 devices and the software on this one, but the Leap is primed for medium-to-large business bulk deployments, as it comes encrypted and ready for remote management out of the box.