Pebble Time Steel is the premium version of its new smartwatch, coming in July to Kickstarter backers 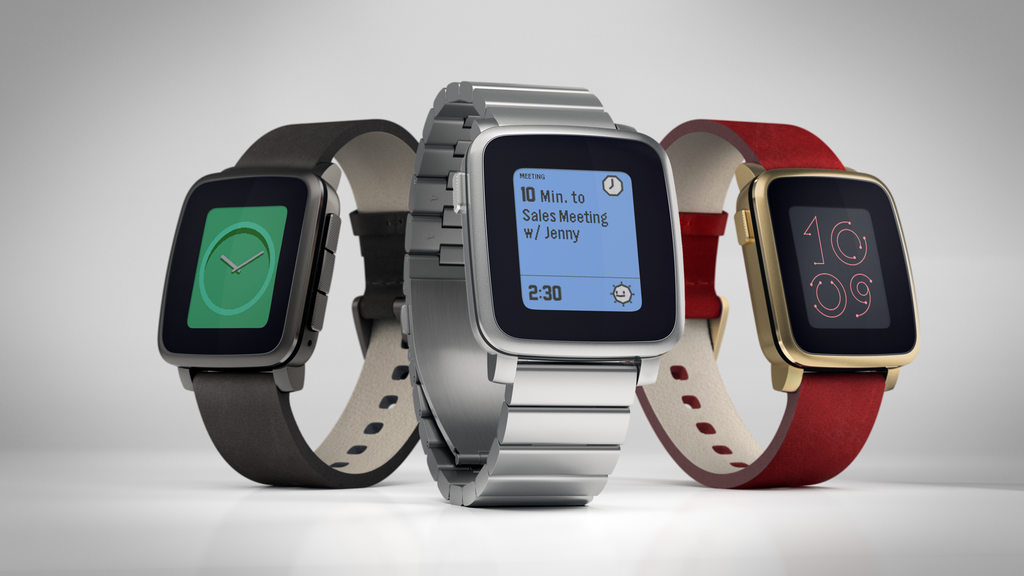 After $12 million in contributions, Pebble Time is a runaway success. And after only a week on Kickstarter, it is also one of the fastest turnarounds of its kind ever.

But the team behind the first successful smartwatch wasn’t finished when it committed to another piece of hardware: today, the company has launched a second product, Pebble Time Steel, as well as a new program called Smartstraps that allow third-party hardware manufacturers to create custom experiences that use the smartwatch’s battery to power additional functions, from GPS to heart rate monitors to potentially more-impactful medical products. That, or a larger battery. Pebble won’t be building the straps itself, but is releasing the plans for others to monetize.

But first, the Time Steel. Available for $249 USD on the same Kickstarter as the Time (existing backers can upgrade), the Steel version has a CNC-finished 316L stainless steel body, and comes in slightly narrower and 1mm thicker than the standard model. Available in black, silver or gold finishes, the Steel comes with both a metal and leather strap, and has a battery nearly double the size of the one in the standard Time, doubling the battery life to ten days.

Existing Kickstarter users can re-pledge for a different Steel with a shipment time pushed to July. For $400, early backers can get both a Time in May and a Time Steel two months later.

Those interested in learning more about Smartstraps can hit up Pebble’s Dev Blog, which admits it doesn’t have all the details worked out just yet, but is going to release more in the coming months. What we do know is that the straps will take between 5-10 seconds to change, which is a big advantage over competing platforms.

Interested in the Pebble Time Steel? It’s available to back through the same Kickstarter you’ve already probably pledged money to.