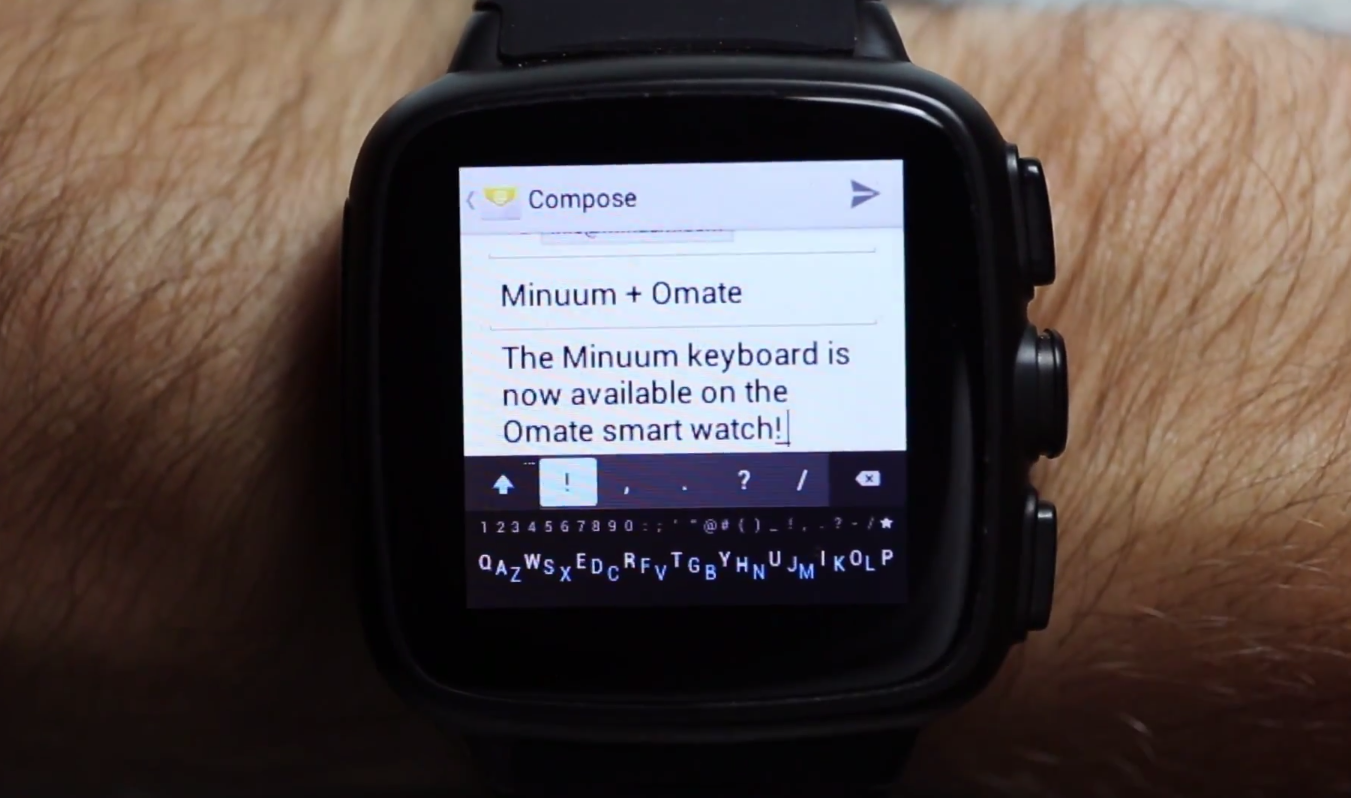 Minuum, the former Indiegogo champ, has succeeded in its quest to make forgiving and accurate typing possible on even the smallest of screens. The Omate TrueSmart watch is not the most recognizable name in wearables, but recently come off a successful Kickstarter campaign during which the company raised over $1 million to further its development.

The TrueSmart runs Android, and is in fact a standalone 3G-capable device that doesn’t require a Bluetooth connection to function. Minuum figures it can make typing considerably less painful by integrating its autocorrect algorithms and one-dimensional user interface with the input capabilities of Omate’s various apps.

TrueSmart uses a dual-core Cortex-A7 chip, 1GB of RAM and Android 4.2.2 to emulate the smartphone experience as much as possible, though its Omate UI skin is also quite good at hiding Android’s more size-sensitive elements. Minuum, along with other specialized apps, will be made available through a customized version of the Google Play Store.

Minuum has been on a roll recently, iterating its Android app on a regular basis with the help of the Y Combinator program in San Francisco. The company recently released Minuum 2.0, adding a 30-day trial period to the $3.99 Google Play version.

The TrueSmart isn’t the only smartwatch that Minuum has courted in recent months. The company made a version of its keyboard for the Galaxy Gear, but since the launch of the Gear 2, which moves away from Android in favour of Tizen, the opportunity for growth has dissipated. 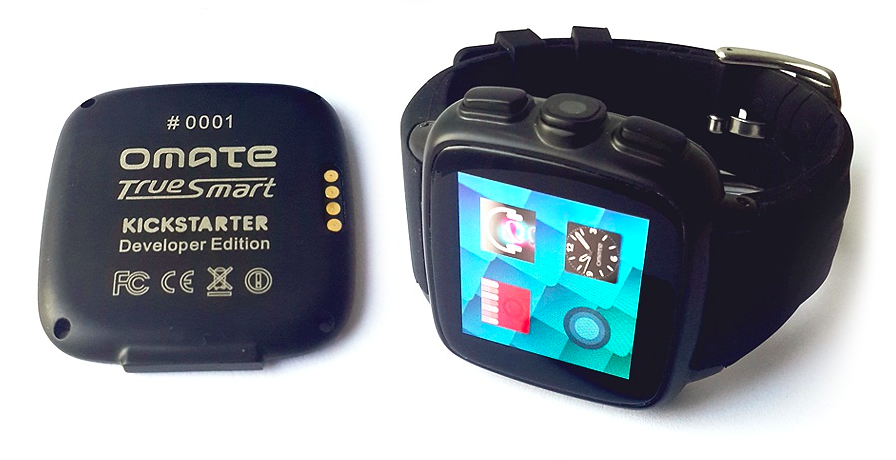 The $299 Omate TrueSmart is available for pre-order on its website, with devices shipping at the end of May.