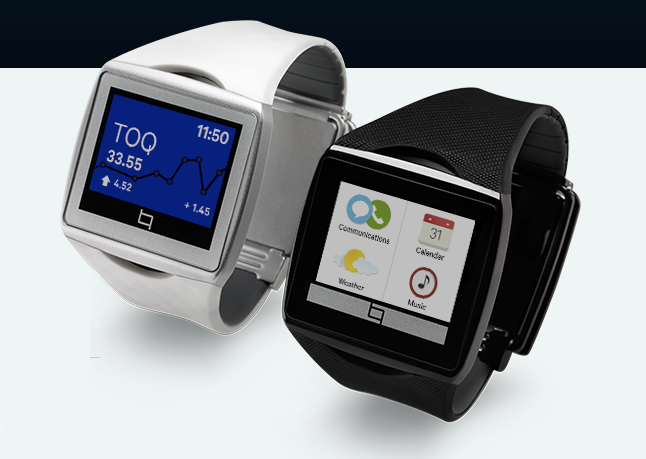 Bloomberg has a report out today of interest to wearable fans and those hoping HTC can finally release a device that will make some money. Citing a source with direct knowledge of the manufacturer’s plans, Bloomberg states that HTC has no less than three wearable devices in development, with at least one likely to be previewed behind closed doors. That device? A smartwatch prototype based on Qualcomm’s Toq watch, featuring a low-power Mirasol display.

HTC is also reportedly working on a second smartwatch with an AMOLED display, featuring Google Now integration and running some version of Android, which is significantly more interesting, but also less likely to be shown at MWC. HTC also reportedly has a music playing wristband in the works.

HTC’s chairwoman Cher Yang has stated that the company is planning to release its first wearable by Christmas, so Bloomberg’s source is likely on the money, although it’s unknown at this time which device will make it out of the prototype stage and into production. If HTC chooses wisely it could help the company rebound from its recent financial troubles – researcher IHS predicts that global sales of wearable devices could triple to $30 billion by 2018.