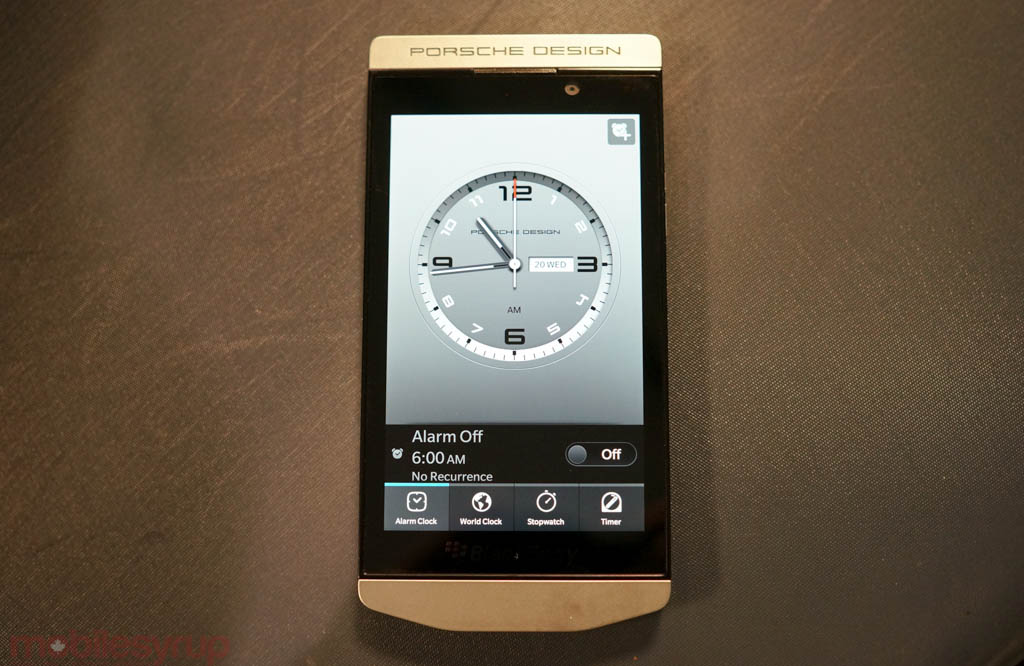 The BlackBerry Porsche Design P’9982, the sequel to 2012’s Bold 9900-based P’9981, is either fashionable and beautiful or overpriced and gaudy, depending on which camp you fall into. If you appreciate strong, bold design, unsympathetic to the soft voice of mass-market reason, this is your phone. At approximately $2,500 CDN, the P’9982 is a repackaged and slightly altered BlackBerry Z10, with a 4.2-inch 720p display, a dual-core Snapdragon processor, 64GB internal storage, an 8MP camera, and all the fixin’s.

But it’s also made of stainless steel and handmade Italian leather.

If your default black handwoven, Italian-made leather backing isn’t doing it for you, there’s one in red, blue or white. Even the included headphones have tiny Porsche Design insignias to separate them from the low-cost rest. 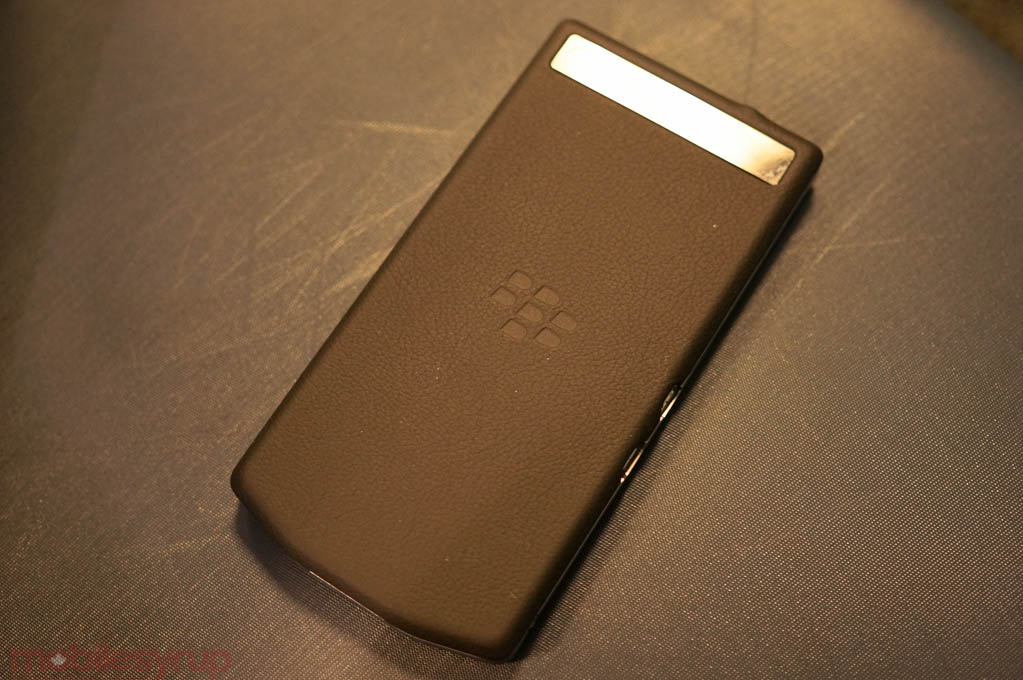 According to early estimates, this is Harrods’ fastest-selling product ever, even at £1400 a pop, and Porsche Design can’t keep them in stores long enough to refresh stock.

With its stunning build quality, I can see how it appeals to folks who have the means to buy one, though I wonder if BlackBerry is losing cache as a high-end brand in some parts of the world. 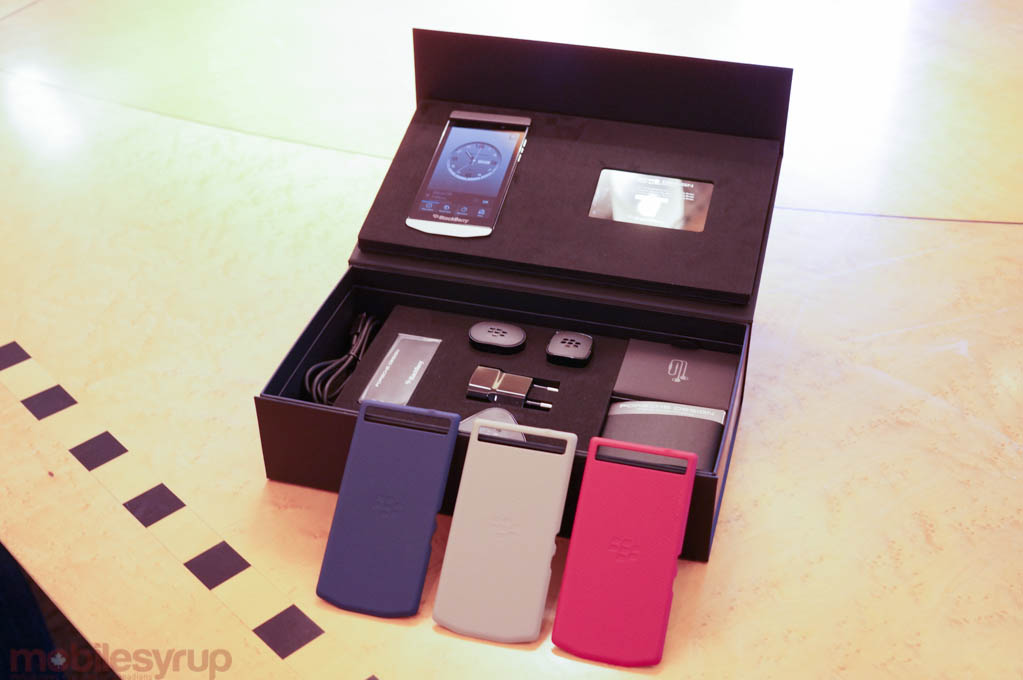 Still, the P’9982 is being sold not merely as a smartphone but a statement. In certain circles, having an “AA” BBM PIN — all Porsche Design BlackBerrys come with special edition PINs — is a big deal, and each box comes with a special card to designate as such. 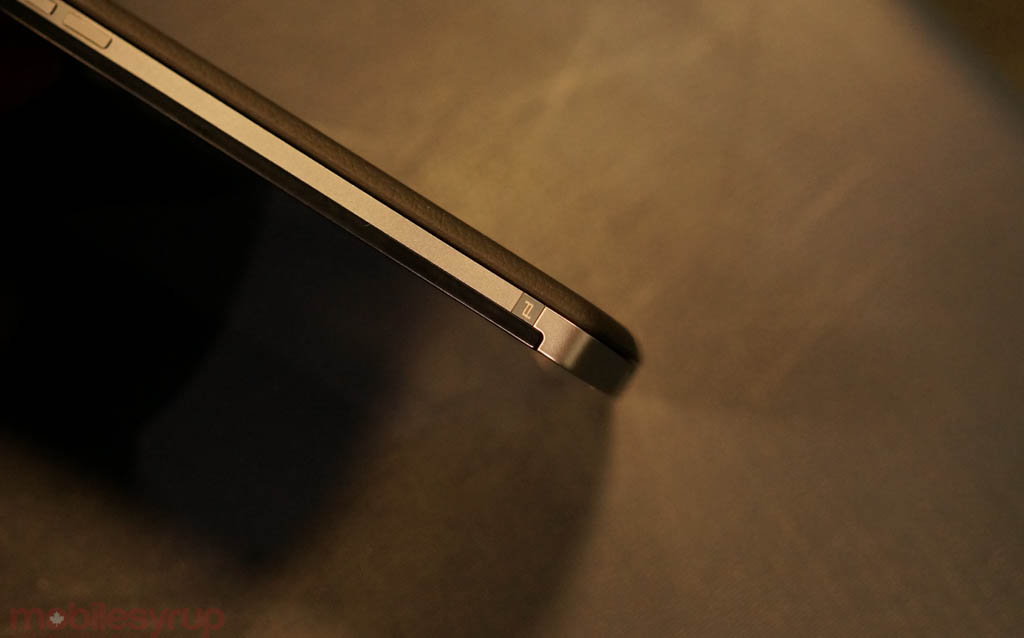 One of the more beautiful aspects of the P’9982 is the way the glass curves and envelops the side of the phone, joining effortlessly with the stainless steel frame. The leather backing, which is removable (and exchangeable for various replacements at $50-a-pop) is now my favourite material in which to wrap a phone, too; Samsung tried it with the Note 3, but that is merely leather-feeling plastic.

This is real leather, with all its inevitable imperfections, and it’s the equivalent of sleeping on silk after spending years lying on cotton. It’s just perfect. 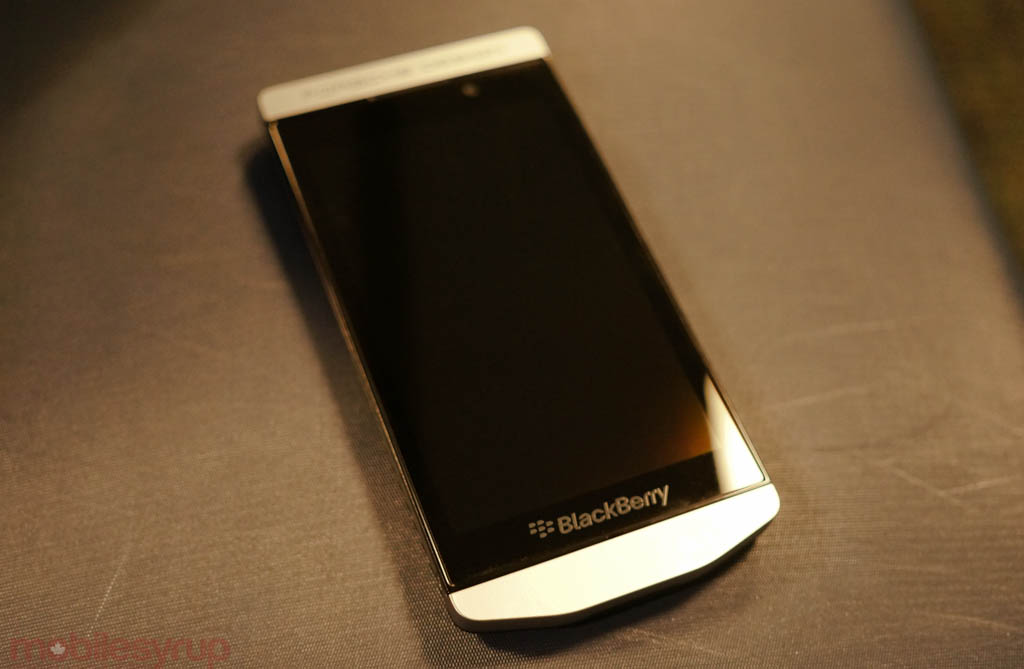 Similarly, the buttons are perfectly calibrated and exquisitely crafted, though they are a little bit small for my liking. With only a few brief minutes with the phone, though, I can’t say with certainty that they are truly a disadvantage.

Though the device’s insides are largely the same as the Z10, Porsche Design decided to spring for 64GB of internal storage, and there is a custom PD analog watch face inside the Clock app. Otherwise, you’re looking at basic BlackBerry 10.2, with a slightly darker theme and a few adjustments here and there; the icons are slightly more squared-off, for example. 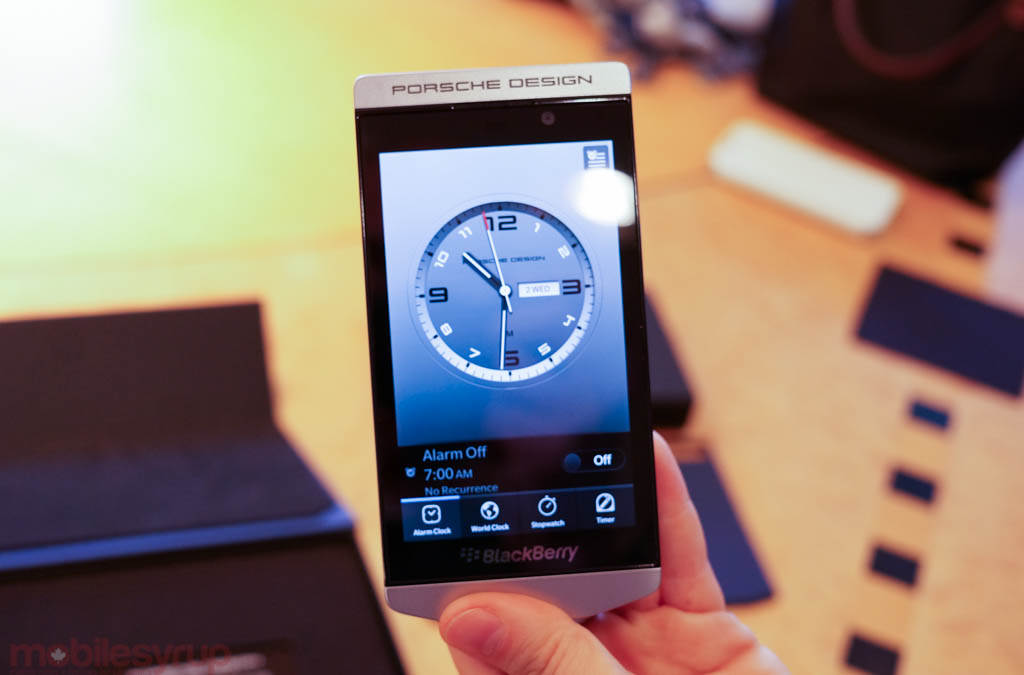 The BlackBerry Porsche Design P’9982 is available now at PD stores around the world, including Toronto, and other high-end retailers like Harrods and Selfridges in the UK. 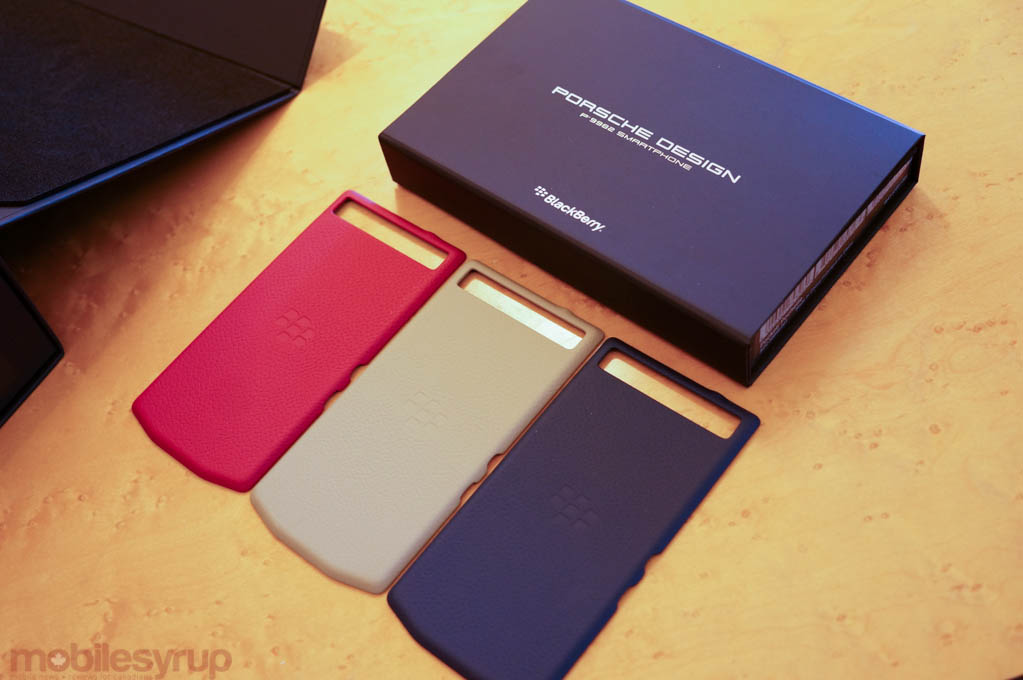