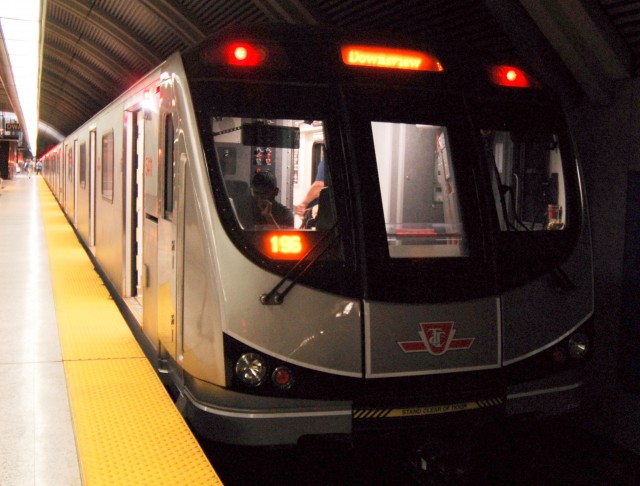 Toronto commuters have been pining for subway cell service for years. Last October, the TTC (Toronto Transit Commission) awarded BAI Canada Inc., a subsidiary of Broadcast Australia, a $25 million contract to bring WiFi access to a total of 61 stations across Toronto by 2017. The immediate future will see them rollout two pilot projects to the St. George and Bloor-Yonge platforms sometime in 2014. BAI beat out Bell Mobility and Chicago-based Extenet Systems.

According to a report in the Financial Post, BAI has yet to engage in a contract with any of the carriers, which potentially might delay the project. Brian Jacks, CEO of BAI Canada, stated that “The [big three carriers], the guys that were here before, they would love nothing more than to build it themselves, but I’m not sure they’ve accepted the fact that we’ve actually won the license here.”

Rogers has said that they are “not in discussions with BAI at this time,” and TELUS spokesperson boldly said “we aren’t participating in this project.” As for Bell, a carrier who lost out on the contact, declared “We are not working with any third parties on TTC coverage.” However, BAI has been in contact with both newer players Public Mobile and WIND Mobile, but in “very early stages of research and evaluation.”

Apparently BAI has until December 5th to bring the carriers on board, but the TTC may grant them a 12-month extension until December 5th, 2014. If there has not been the ‘sufficient wireless carriers” needed by the Dec. 2014 date, the TTC could possibly transfer the contract to another organization. Which just might be the bigger game plan for the incumbent players.

[source] Financial Post [/source] [via] iPhoneInCanada [/via] (Thanks Darren!)