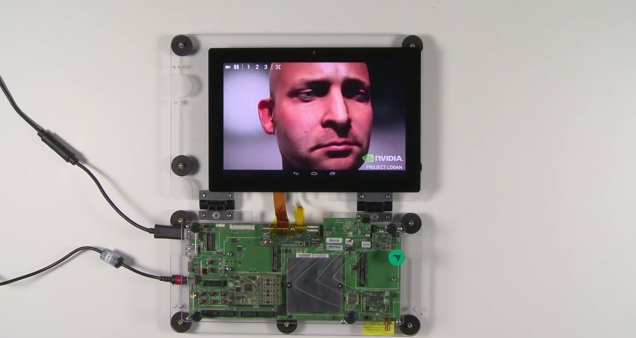 Project Logan is slated to be Nvidia’s next-generation system-on-a-chip combination, slated for sometime in 2014. Today at SIGGRAPH, the company is showing off the Kepler-based graphics processor inside Logan, claiming it will outperform that of the iPad 4 with one third the energy expenditure.

Nvidia rep, Jonah Alben, calls it “as big a milestone for mobile as the first GPU, GeForce 256, was for the PC when it was introduced 14 years ago.” Wow. 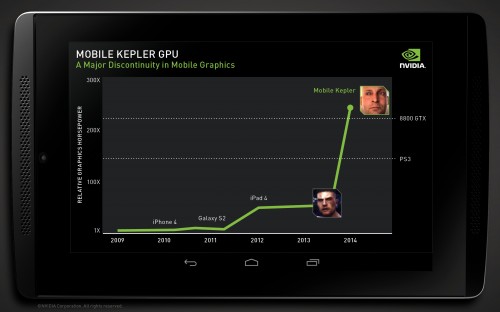 Nvidia wants to ensure there is a single architecture across all of its product lines, from mobile to desktop to workstations, and has scaled Logan to do just that. Specifically, there is a new low-power “inter-unit interconnect” inside mobile Kepler to ensure that it is able to scale back its workload to be optimized for tablets and smartphones.

While mobile Kepler can perform the same as the iPad 4 with one-third the wattage, it’s significantly going to outperform it at its full potential.

There are a whole lot of goodies, from tessellation to advanced anti-aliasing, that will make next-generation games perform and look better on a tablet than today’s PS3 games do on a big television.

The demos above show how impressive Kepler really is, and things are only going to be better.