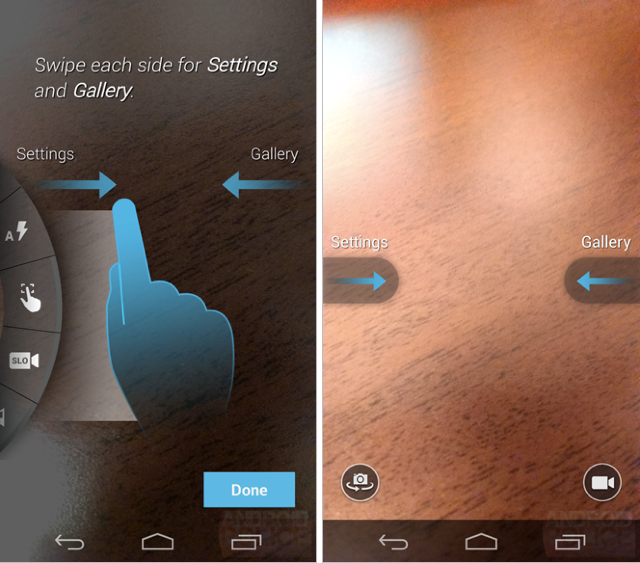 The Moto X is no longer an ethereal form but a real smartphone. We know that it will be announced in New York on August 1st (that’s a week from Thursday!) and that Rogers will launch it in Canada exclusively sometime next month.

We know what the phone will look like, more or less what its special features are, and what’s going on inside.

Now, at last, we have a glimpse of the camera interface, courtesy of Android Police. What looks like a natural extension of Google’s stock camera interface may in fact be an example of Android’s future gesture-friendly design language. You can see that the main controls will appear by swiping from the left side of the screen; the gallery is access by doing the opposite on the right side. 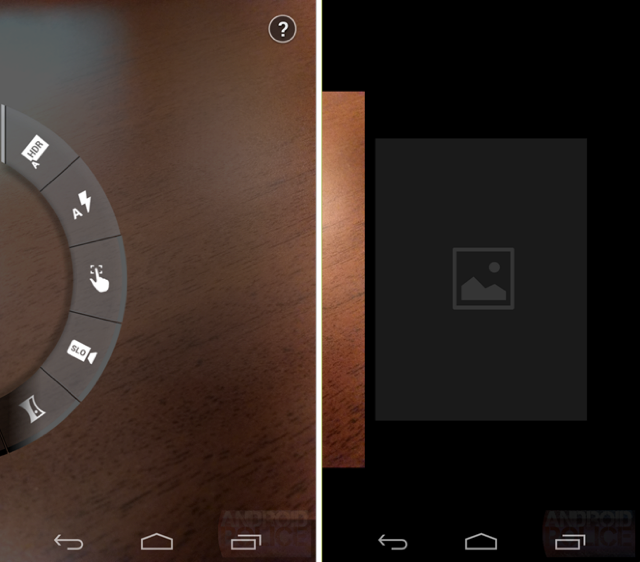 While many of the icons are identical to those of stock Android, Moto X clearly hosts a new addition to the team: Slo-mo video capture. While the HTC One and Samsung Galaxy S4 offer this feature, it’s new for a Motorola/Nexus device, and with the rumoured 10.5MP camera, quality should be good. 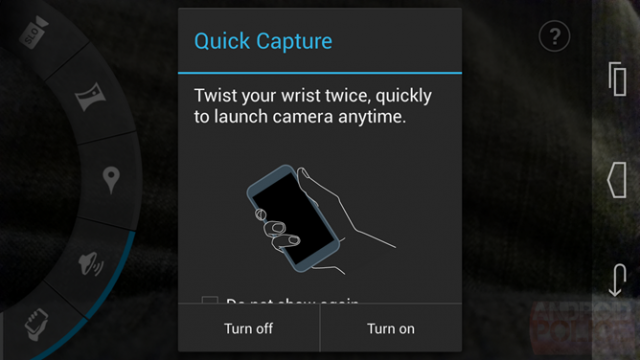 As we saw in the leaked Rogers video, users will be able to “twist” their wrists twice to activate the camera from anywhere. This gesture is likely one of many that Motorola has built into Moto X to make Android easier to use.

Stay tuned for more as we approach August 1st.