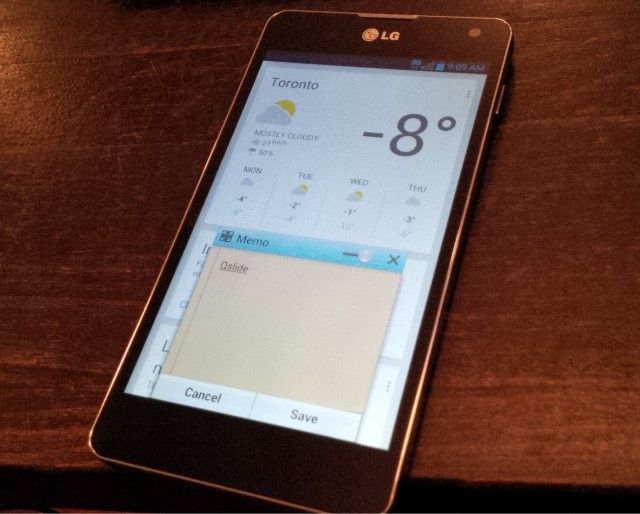 If CyanogenMOD isn’t your thing, a new ROM based on the shipping Jelly Bean ROM for the international LG Optimus G E975 is available, and it’s very, very fast.

Unlike CyanogenMOD 10.1, which is a bit hacky and removes NFC and capacitive button support, the new ROM is LG-built and sanctioned. That means it closely resembles the finished product we’ll see in Q2 when Rogers, Bell and TELUS push their respective updates to devices. It’s based on Android 4.1.2, so it isn’t quite as new as CM10.1, but having everything working is a nice change of pace.

I installed the ROM onto my Rogers Optimus G and found that LTE on the 2600Mhz band worked perfectly. The company has expanded its QSlide apps feature and has integrated Google Now and expandable notifications, but otherwise the software looks unchanged.

What has been changed is the speed; the ICS ROM was never slow, but on Jelly Bean the Optimus G shines. We’ll bring you a review of the ROM when it hits Canadian devices officially, but if you have the know-how to dive into the guts of your phone, take a look at this one.

If you haven’t checked out our initial review of the LG Optimus G, give it a read, too.