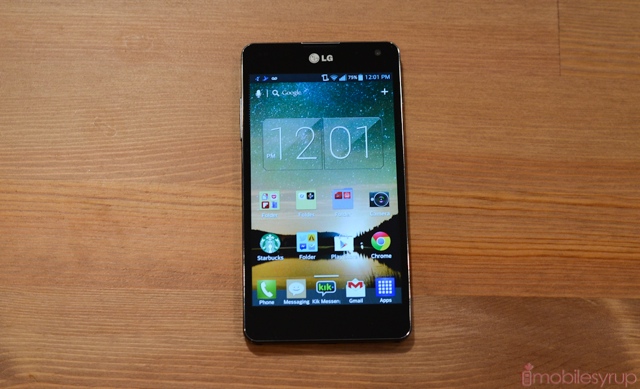 Since the release of the LG Optimus G in November, its potential for mimicking the Nexus 4 has been high on the list for developers.

Both phones share a common hardware lineage, but the Optimus G has more internal storage (32GB) and a slightly improved build quality over its cheaper Nexus compatriot.

It’s taken a few weeks, but an early build of CyanogenMOD 10.1, a custom ROM based on Android 4.2, has been ported from the Nexus 4, and while there are still many issues with the software, including non-functioning WiFi and Bluetooth, there is reason for optimism. The developers, who have been working tirelessly to backport the Linux 3.4 kernel used in Android 4.2 to the ICS-running Optimus G, have made several breakthroughs and the software should be fully functional in a couple of weeks.

The Optimus G situation has improved dramatically for Canadians looking to alter their phone’s software after a one-click bootloader unlock tool was released for the Bell, TELUS and Rogers versions. The tool, which is available for $1.00 from the Play Store, also installs a custom recovery for easily backing up the original Android 4.0.4 ROM that the phone ships with. Because the Optimus G comes with Ice Cream Sandwich, many users have been clambering to find a custom ROM alternative for the quad-core device.

If you want to check out the current custom ROM situation for the Optimus G, head to XDA-Developers.