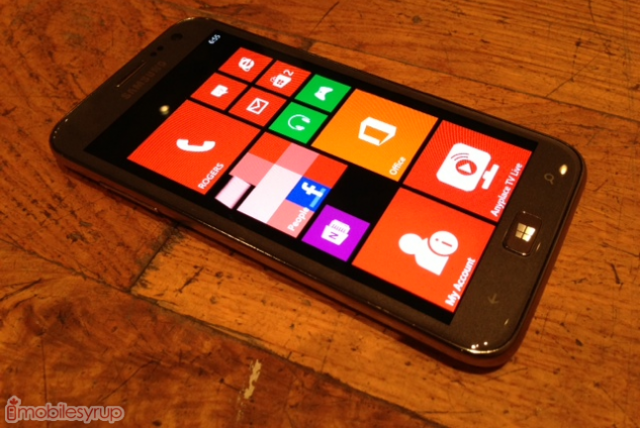 The current selection of Windows Phone 8 devices in Canada are the Nokia Lumia 920 and the HTC 8X. There’s no concrete sales numbers yet, but according to Steve Ballmer, Microsoft’s CEO, “Windows Phone 8 has been on sale for a few weeks and is off to a great start.”

The device that’s missing from the group is Samsung’s ATIV S. This was scheduled to arrive in Canada via several carriers “in November.” However, for some unknown reason, the WP8 device has been met with a slight delayed release. We reached out to Samsung Canada and they stated in an email to us that “We are committed to launch the ATIV S nationally, on Rogers, Bell and TELUS, as well as Sasktel. We are planning to ship to carriers in early December, and should have supply at stores by mid month.”