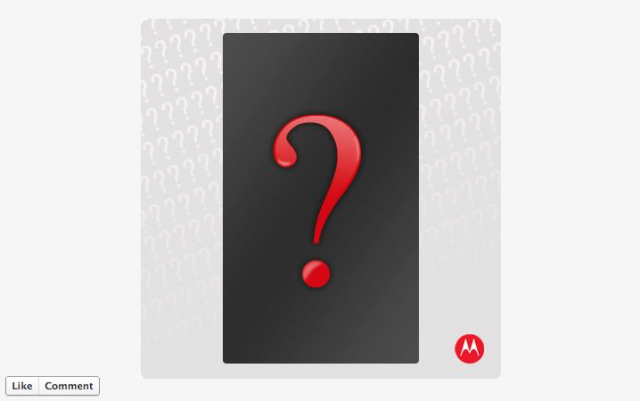 Motorola is looking to the Facebook community to spread the news of an upcoming device. They’ve started teasing the masses of a LTE-enabled rectangle looking handset and will continue giving clues all week, then making the big reveal this Friday.

Early rumours are that Motorola will announce the RAZR HD that leaked online last week. This device is expected to come with 1.5Ghz dual-core Snapdragon S4 processor, 1GB RAM, an 8MP camera, and now possibly LTE.

It should be known that this is Moto’s main Facebook page, not the Canadian Facebook page. Us Canadians will first be graced with the ATRIX HD LTE on August 21st.

Here’s what Motorola posted on Facebook, what do you think it is?

““Let’s play a game, Guess the Smartphone. We’ll give a clue each day all week and make the big reveal on Friday. I have the power of 4G LTE. Which smartphone am I?”