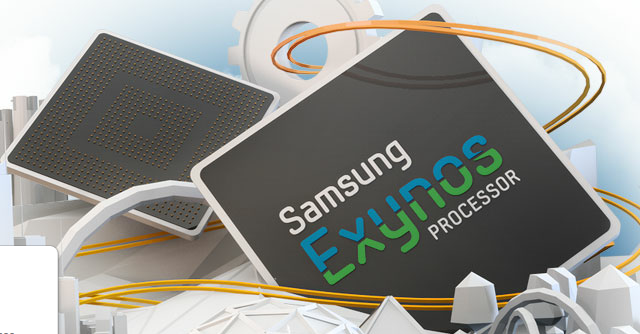 Samsung is looking to become not only the king of smartphones, but the emperor of smartphone systems-on-chip. It aims to begin production of a $1.9 billion System LSI fabrication facility this year, and to hit the goal of 14nm chips by 2013. Its current Exynos 4 Quad SoC is based on a 32nm production line, an improvement over the 45nm size of the original Exynos Dual.

At this point Samsung is disadvantaged against Qualcomm on two facets: the design of its chips are still based on the less-efficient ARM Cortex-A9 template, whereas Qualcomm has moved to something resembling a Cortex-A15; and it not yet able to integrate an LTE baseband directly onto its chip. As a result, Samsung opted to go with a Qualcomm Snapdragon S4 chip for its North American Galaxy S IIIs, something it will likely want to prevent for the next generation.

While it’s becoming increasingly difficult to shrink die sizes while increasing transistor counts, companies like ARM, Qualcomm, Intel and Samsung are looking into ways to increase efficiency and increase speeds. Qualcomm’s Snapdragon S4 is a great example of this; built on a 28nm production, it’s much more thermally-efficient than its aging competitors.