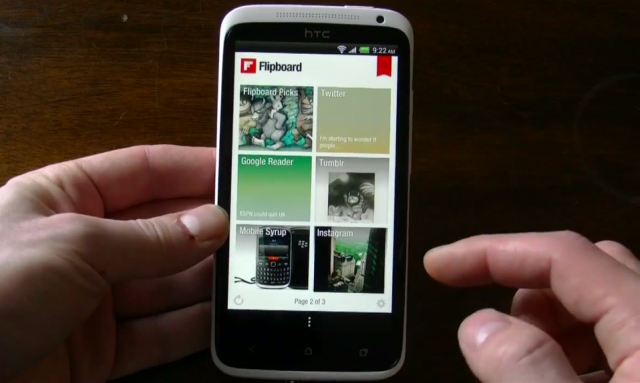 Update: Flipboard has made its Android beta freely available to download. So test it out and see if it’s for you.

Flipboard for Android has done it right. It’s being released on one device, the Samsung Galaxy S III, for an unspecified exclusivity period, in order to ensure that the app works flawlessly in its initial run. But when that period ends and Flipboard is released onto Google Play, the company wants to be ready to weather the inevitable storm of device incompatibility and one-star ratings by iterating quickly.

To that end they will be releasing a beta version of the Flipboard APK to select users in the coming weeks, to stave off the majority of issues before they’re public. Flipboard has been diligent about ensuring that performance is smooth across all devices, as have been the case with the leaked version going around the internet.

With the Galaxy S III they are getting a huge initial audience, though: pre-order shipments were upwards of nine million, and sales of 30-40 million this year aren’t out of the question. With every GS3 user getting Flipboard pre-installed that’s a lot of exposure to an app that was seemingly never going to leave iOS.

Sure, if you’re willing to take a chance Flipboard is available to download now, though we’d recommend waiting for the inevitable beta version leak that will be more compatible with smaller-screened devices.