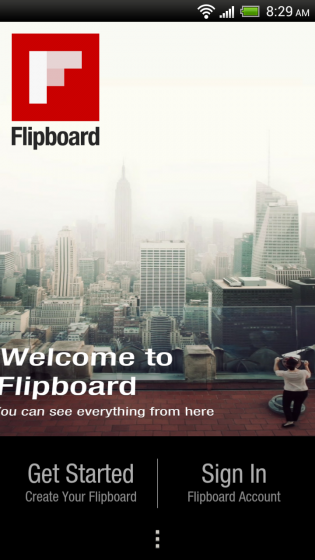 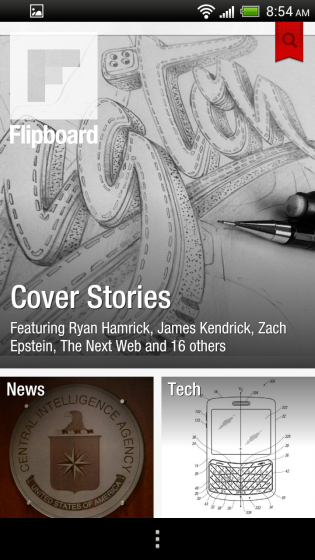 So much for that exclusive. Flipboard for Android is to be an exclusive app on the Galaxy S III for an unspecific amount of time, but someone with a demo unit and a bit of file system know-how has managed to extract the .APK file and share it with the world. And wouldn’t you know, it works on all the devices I’ve tried it on!

Flipboard for iOS is one of the platform’s most popular news aggregation tools. It consolidates your various sources, such as Twitter, Facebook, Instagram, Tumblr and Google Reader, and displays them in expanding “cards.” The whole idea of the app is to vertically flip these cards from one page to another. It’s a natural motion on a phone, as opposed to the horizontal flip on the iPad.

The app functions very much the same as the iOS version. Performance is silky smooth on my HTC One X, and it managed to sync my account perfectly, populating all of the custom content I’d brought over from the iPhone and iPad. You can add “read it later” services, too, including Instapaper, Pocket and Readability, but only the latter two have official apps for Android.

The only issue I have with Flipboard for Android is that the built-in web browser — you’re forced to use it if the RSS feed doesn’t show the full article — doesn’t support pinch-to-zoom, forcing you to double-tap on the screen to zoom in. Everything else about the app, from the design to the performance, equals the iPhone and it’s so nice to use Flipboard on a larger screen. It is one of those apps that really shows off the benefits of investing in a Galaxy S III, or in my case, a HTC One X.

To download it, head on over to XDA-Developers. You will need to know how to side-load apps, and if you want to get the widgets working, you’ll need a rooted device with a file manager such as Root Explorer. The .APK must go in the system/app folder and you’ll need to change permissions to get it to work. Hit the break for a demo video and some more photos. 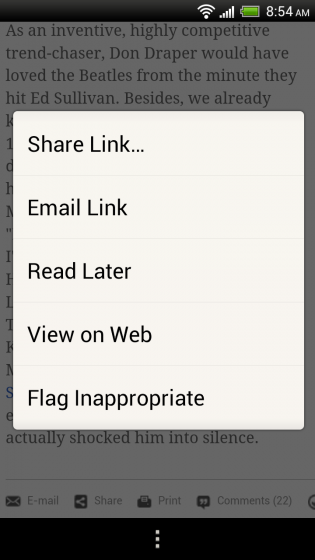 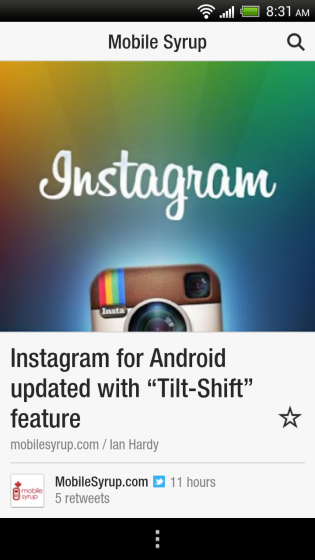 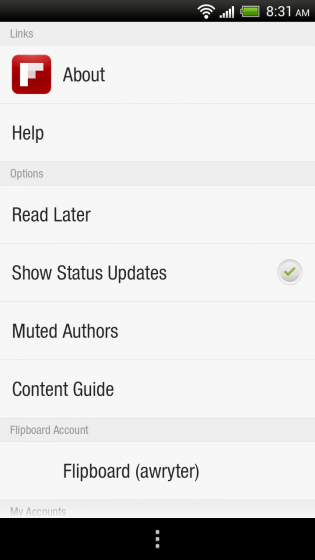 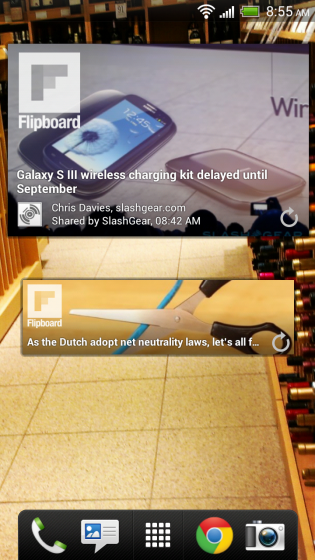