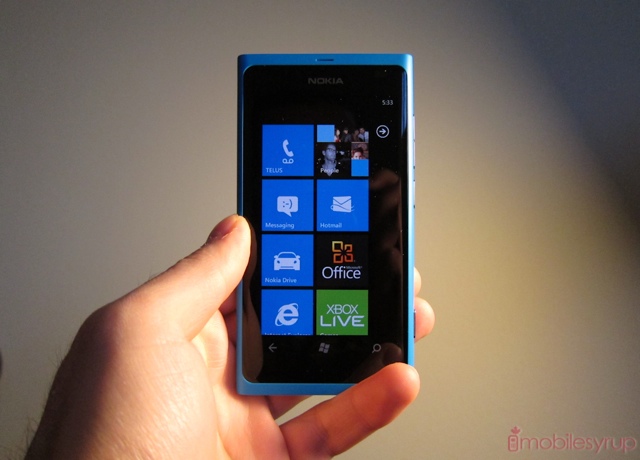 While it’s re-entry into North America has been successful from a marketing perspective — the Lumia series has a far bigger emblematic presence than any Symbian device ever had — it hasn’t translated into actual sales just yet. For the period ending March 31st 2012, the company sold 600,000 devices in North America, which takes into account both smartphones and feature handsets. The T-Mobile Lumia 710 equated for the majority of those sales, with the Lumia 710 on Rogers and the Lumia 800 on TELUS likely selling quite well on a smaller Canadian scale. Previously Nokia had confirmed that, worldwide, the company had crossed over the two million units sold mark for the Lumia series.

With the release of the Lumia 900 on AT&T and Rogers, there is plenty of reason for North American optimism going into Q2. The company’s overall sales of smart devices dropped by 52% from the same quarter last year, though the overall number of devices sold was 82.7 million, 11.9 million of which were smartphones.

“We are navigating through a significant company transition in an industry environment that continues to evolve and shift quickly. Over the last year we have made progress on our new strategy, but we have faced greater than expected  competitive challenges. We have launched four Lumia devices ahead of schedule to encouraging awards and popular acclaim. The actual sales results have been mixed. We exceeded expectations in markets including the United States, but establishing momentum in certain markets including the UK has been more challenging.”

The company’s outlook is predictably gloomy for Q2 as well, with expected sales levels in North America to rise sharply, but declines are expected in Europe and the UK where Lumia sales are not replacing existing Symbian sales quickly enough.