Elon Musk decides not to join Twitter’s board of directors

The majority stockholder polled his followers about the addition of an edit button, only for Twitter to announce the very next day that it is adding the long-requested feature 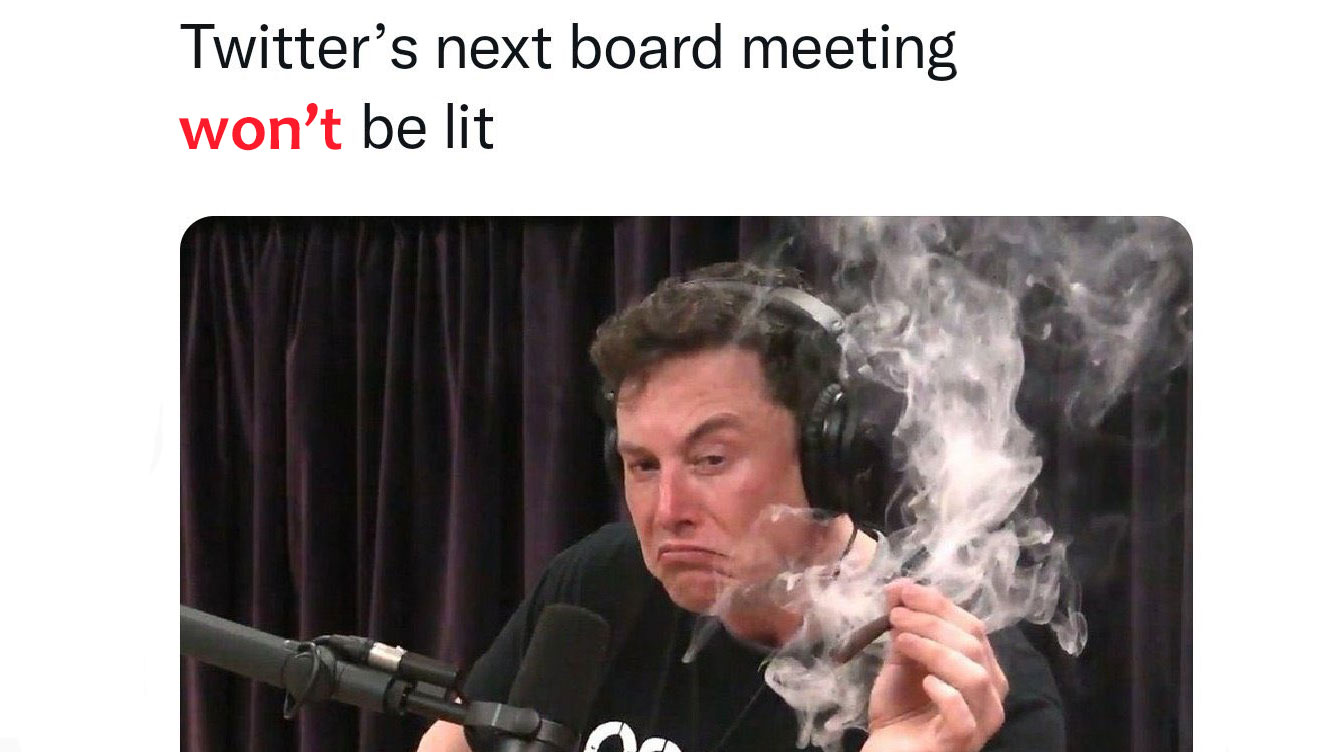 After purchasing a majority stake in Twitter and becoming the platform’s largest shareholder, Tesla CEO Elon Musk was set to join Twitter’s board of directors as a ‘class II’ director until 2024, but now, he has stepped back from the new role.

Revealed in a tweet from Twitter CEO Parag Agarwal, Musk decided not to join Twitter’s board the same morning it was initially announced that he will be taking a seat at the table.

Elon has decided not to join our board. I sent a brief note to the company, sharing with you all here. pic.twitter.com/lfrXACavvk

“We announced on Tuesday that Elon would be appointed to the Board contingent on a background check and formal acceptance,” said Agrawal in his Tweet. “Elon’s appointment to the board was to become officially effective 4/9, but Elon shared that same morning that he will no longer be joining the board. I believe this is for the best. We have and will always value input from our shareholders whether they are on our Board or not. Elon is our biggest shareholder and we will remain open to his input.”

Since news first came out about Musk purchasing a major stake in the social media company, the Tesla CEO has been Tweeting about ways to make the platform better, including a now-deleted Tweet about adding a new profile checkmark for those who pay for Twitter Blue and a Tweet about converting the company’s San Francisco office to a homeless shelter.

The majority stockholder also polled his followers about the addition of an edit button, only for Twitter to announce the very next day that it is adding the long-requested feature while clarifying that it has been working on adding an edit button since last year.

now that everyone is asking…

yes, we’ve been working on an edit feature since last year!

no, we didn’t get the idea from a poll 😉

we're kicking off testing within @TwitterBlue Labs in the coming months to learn what works, what doesn’t, and what’s possible.