Samsung announces the Galaxy A event for March 17 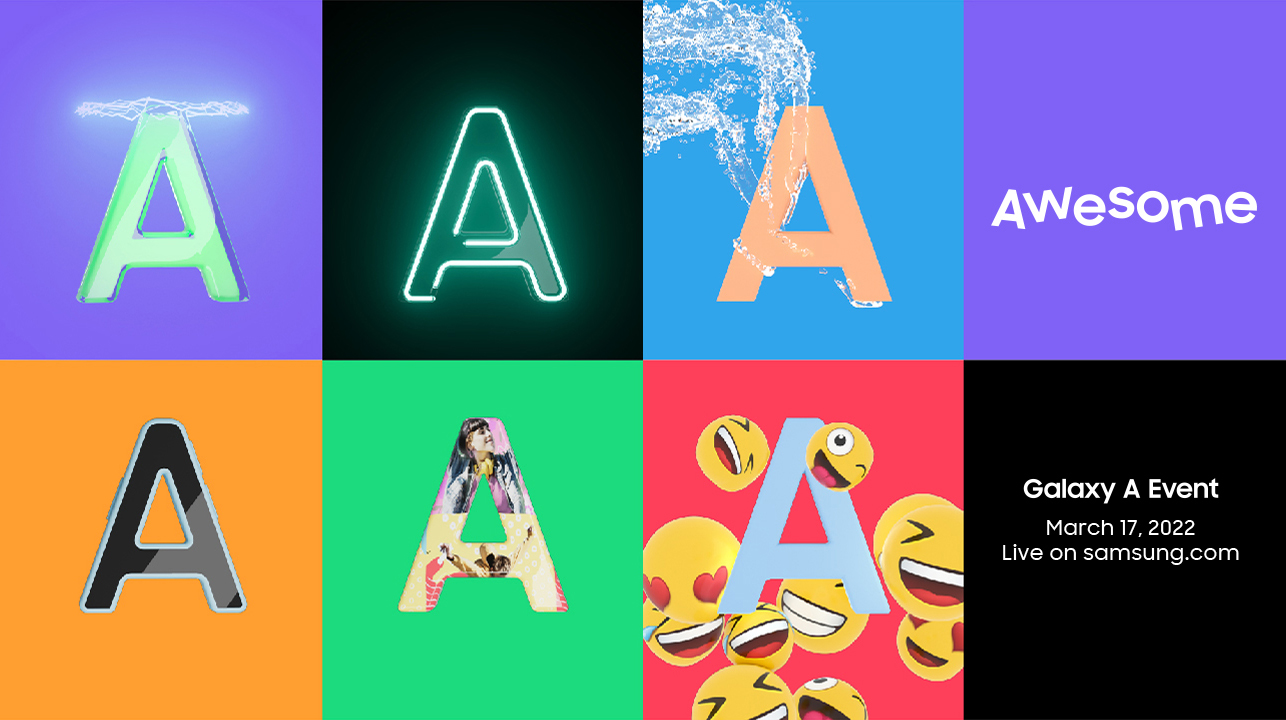 After releasing its flagship S22 lineup and the S21 FE in 2022, Samsung is readying up to release its new A-series devices on Thursday, March 17th. This marks the company’s third major release of the year.

Samsung has started sending out invites to the event, which is scheduled for 10am ET/7am PT on March 17th.

Awesoooooooome A is coming!
Join us for the Galaxy A Event on March 17, 2022. #SamsungEvent

While we’re not certain what A-Series devices Samsung aims to release at the event, likely contenders are the Samsung Galaxy A53 and the 6.7-inch Galaxy A73, the latter of which had its renders leaked recently. The predecessors to the above-mentioned devices, the A52 and the A72, were released around the same time last year, so it would make sense to upgrade them around the same time.

The A-series focuses on affordability while not missing out on key features and optimal specifications. From what we know so far, the A73 will reportedly sport a 6.7-inch Super AMOLED Infinity-O display with a Full HD+ resolution, a 120Hz refresh rate and an in-display fingerprint reader.

The device is also rumoured to feature a quad-camera setup on the rear, with the primary camera hosting a 64-megapixel sensor, giving it ample room to compete with Apple’s latest affordable device offering — the iPhone SE (2022).