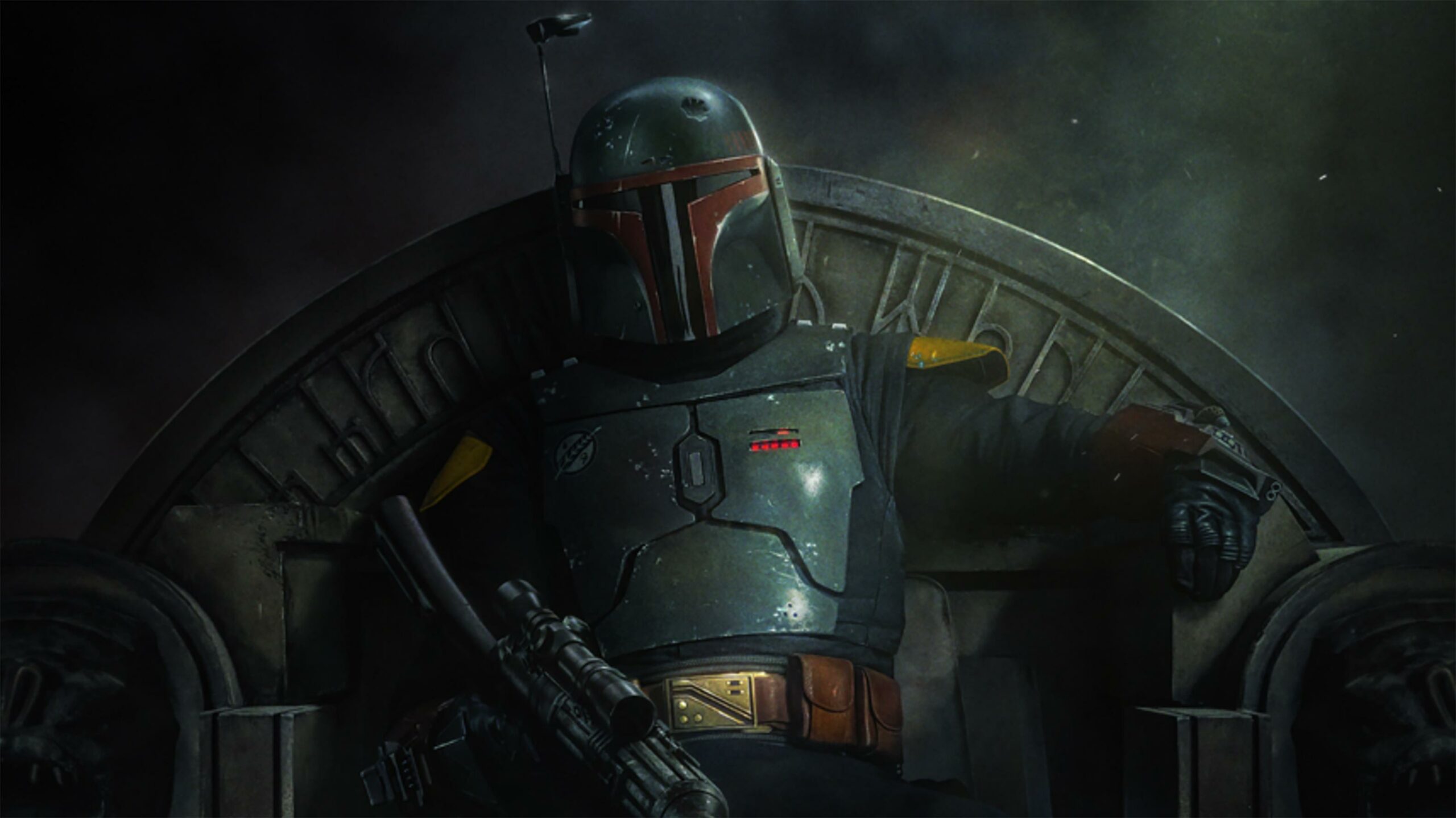 Lucasfilm has confirmed that its highly anticipated spin-off to The Mandalorian, The Book of Boba Fett, will premiere on Disney+ on December 29th.

The company had previously only given a vague “December” release window. Set after the events of The Mandalorian‘s second season, the series “finds legendary bounty hunter Boba Fett and mercenary Fennec Shand navigating the Galaxy’s underworld when they return to the sands of Tatooine to stake their claim on the territory once ruled by Jabba the Hutt and his crime syndicate,” according to Lucasfilm.

Temuera Morrison and Ming-Na Wen are reprising their roles of Fett and Shand, respectively. Key members of The Mandalorian‘s creative team, including Jon Favreau, Dave Filoni and Robert Rodriguez, are also working on The Book of Boba Fett.

Additionally, Lucasfilm unveiled the first look at key art from the upcoming series, which features Fett sitting on his new throne.

His story is only beginning. The Book of @BobaFett, an all-new Original Series, starts streaming December 29 on @DisneyPlus. #TheBookOfBobaFett pic.twitter.com/bWPg0D0Z6l

It’s a big time for Disney+, as the streaming service is set to celebrate its second anniversary on November 12th.

To commemorate, Disney will hold its first-ever annual ‘Disney+ Day’ event on that date, which will feature premieres like Shang-Chi and the Legend of the Ten Rings and announcements from the likes of Marvel and Lucasfilm.