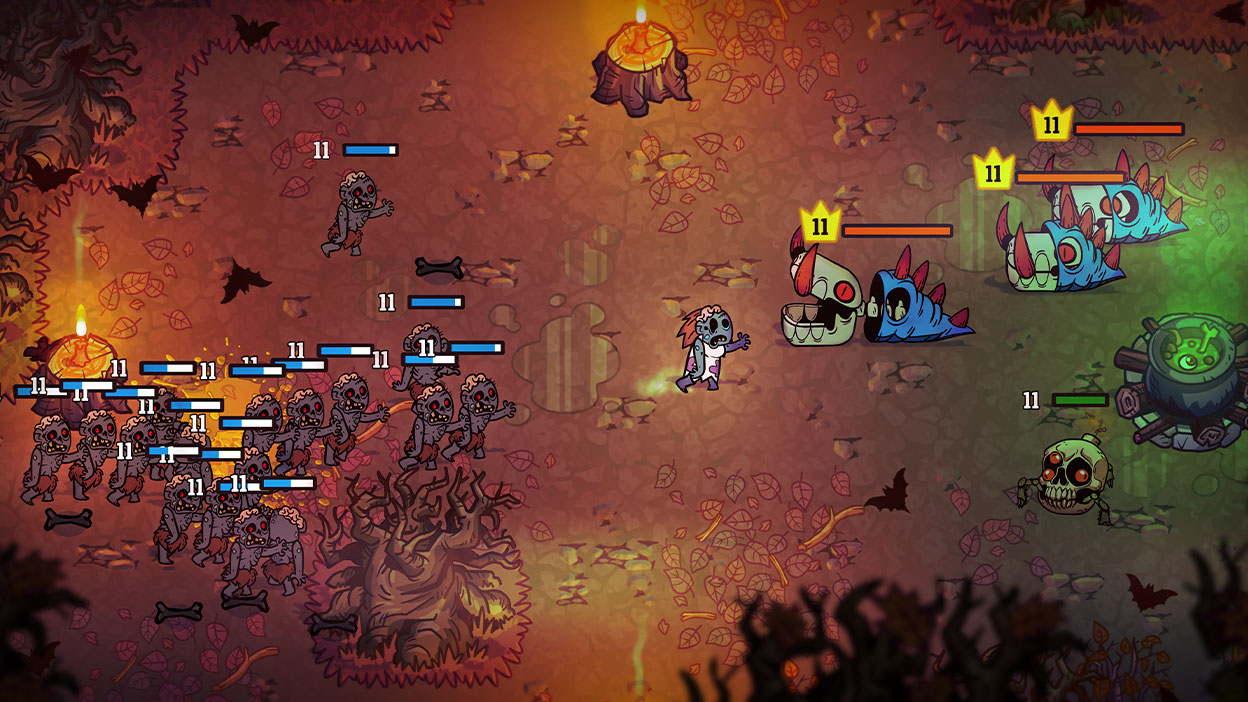 During Gamecom’s Opening Night Live stream, Toronto-based Drinkbox Studios confirmed that Nobody Saves The World has been delayed to early 2022.

Drinkbox says that the additional development time will allow the studio to add an online co-op mode to the title. A new trailer for Nobody Saves The World that shows off the game’s various customization options and online multiplayer was also revealed during the Opening Night Live stream (watch it below).

The shapeshifting, action-RPG has players taking on over 15 different forms and using 80 abilities.

“Co-op in Nobody Saves the World takes the already-vast possibilities for strategy and customization and blows them wide open,” Ian Campbell, lead designer at Drinkbox, said in a recent press release regarding the game’s delay.

“Even nearing the end of development, we’re still finding ridiculous new ways to combine the powers of two players, and we can’t wait to see what combos you discover when you try it for yourself.”

Nobody Saves The World follows the studio’s previous critically acclaimed titles, including Guacamelee, Guacamelee 2 and Severed.

For more on Nobody Saves The World, check out MobileSyrup gaming reporter Brad Shankar’s in-depth look at the game. The game is set to release on Xbox consoles and PC.