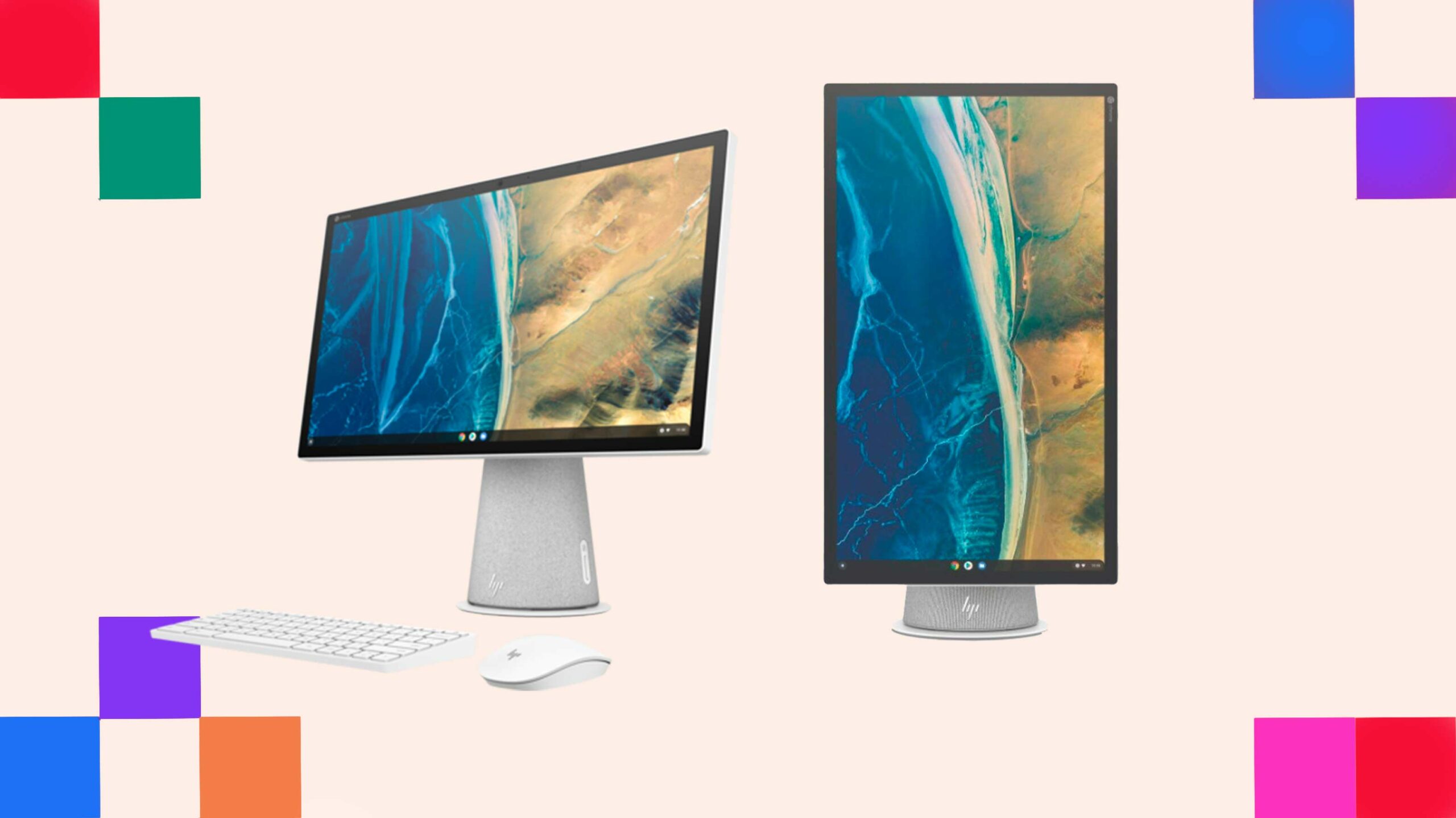 It looks like HP is taking a few notes from Samsung with its new Chrome-powered desktop computer called the Chromebase All-in-One.

The gimmick this time is that the screen rotates 90-degrees to portrait orientation. That said, Chrome desktops are rather rare, so I’ll try not to be too hard on it.

The device features a 21-inch screen, so it shouldn’t be unwieldy to turn. Still, this is a rather large display to use in portrait mode. Maybe HP did this so teens can watch TikTok in full screen on the family computer? The screen is touch-sensitive and allows you to use full-screen apps, which could be handy if the Chromebase is shared and located in a kitchen or living room.

It should be noted that the computer can automatically sense what portrait orientation it’s in and adjusts the OS accordingly. The Verge notes in its hands-on with the Chromebase that doing this resets your windows, which would get pretty annoying quickly.

Beyond that, the Chromebase All in One looks great and features a pretty clean overall design that would fit in perfectly with devices like the Pixelbook Go or the Lenovo Duet. There are also two USB-A ports and two USB-C slots on the back, a standard headphone jack and a cover for the webcam that also disables the mic when enabled.

Inside, the Chromebase packs a simple 10th-gen Pentium Gold 6405U in the base model, but it can spec up to an i3, with 16GB of RAM and 256GB NVME hard drive. While the base model isn’t particularly powerful, it should have enough horsepower to run Chrome OS relatively smoothly.

This Chromebase is slated to go on sale soon for $600 USD (roughly $753 CAD) for the base model. It’s worth noting that Samsung’s Sero TV can also turn to sit in portrait orientation